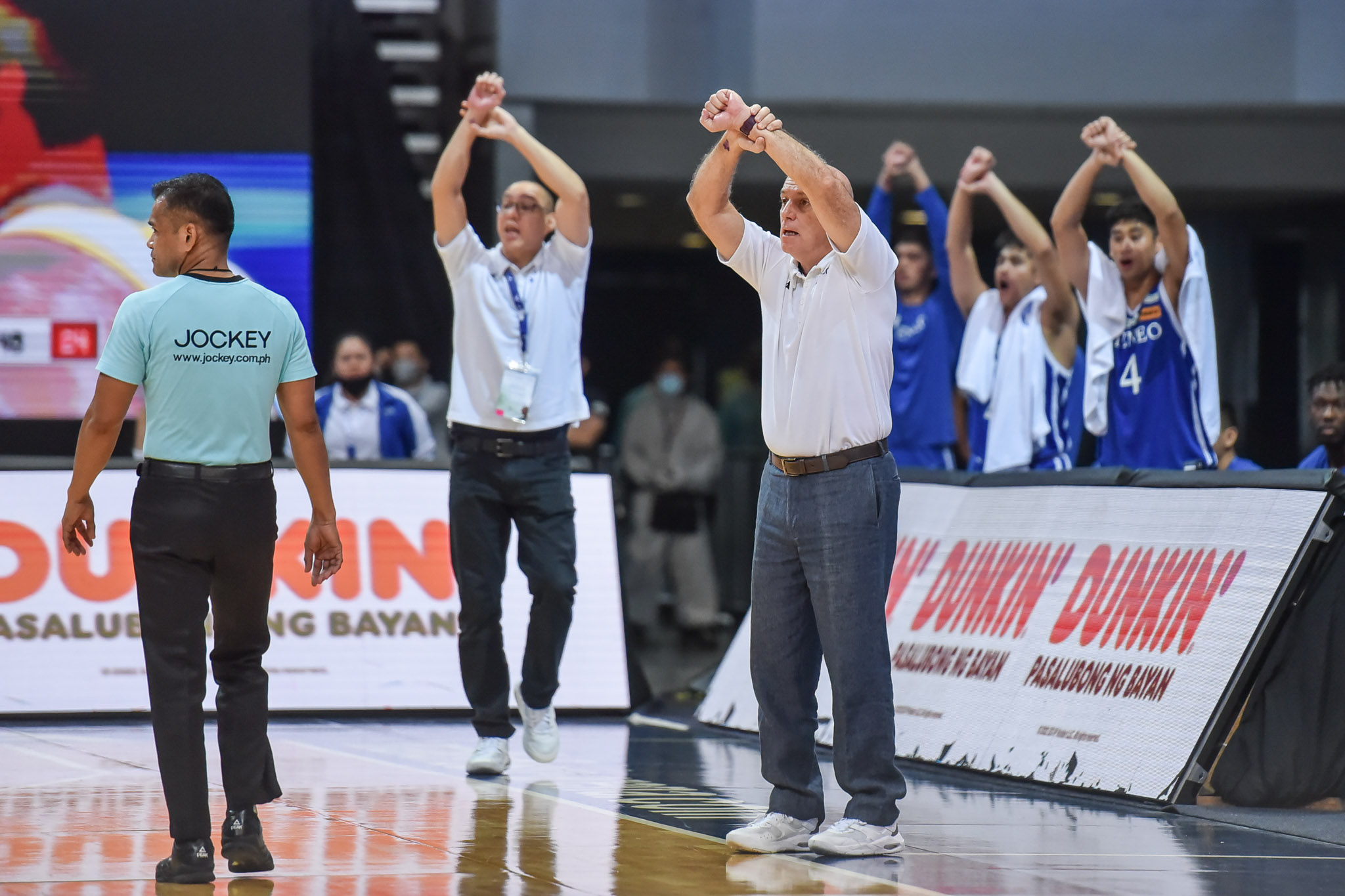 Former Gilas Men program director Tab Baldwin has been linked by certain personalities of being involved in the signing of Filipino basketball players to overseas leagues.

After all, the likes of Thirdy Ravena, Dwight Ramos, SJ Belangel, and William Navarro are former student-athletes of Ateneo while Justine Baltazar, RJ Abarrientos, the Gomez de Liano bros, Jordan Heading, Kobe Paras, and Kemark Carino were part of his Gilas program.

It did not help either that Samahang Basketbol ng Pilipinas officials Al Panlilio and Ricky Vargas were hearing murmurs of it as well.

“To be honest, I’ve been hearing about that but there is really no proof,” said Vargas back in February. “There’s a lot of talk going around, and a lot of rumors and a lot of speculation because of his connections with agents.”

“If I may add to that when there’s smoke, there’s fire.

“People I talk to who aren’t directly involved mentioned it to me,” added Panlilio as personalities like Quinito Henson have pointed to Baldwin as a bridge of the Filipino players to the rest of the world.

Baldwin went on to explain that seeing the players leave not only affected his then-job with the SBP but also his bread-and-butter, his job at Ateneo.

But just like a professor in college, he would not also hinder his students from opportunities that would help them and their families.

“I want the players to have options, and I want them to be free to exercise their options. It is not in my best interest, it is not in, obviously, the PBA’s best interest that players go overseas but, what is my role as the Ateneo head coach and my role as an educator at the University of the Ateneo?” he wondered.

“My role is to help my players to achieve their full potential so they can go out and get the best jobs for themselves that they want. And, I think that’s the role of – I don’t want to compare myself to a professor — that if I were a professor at Ateneo, and I was in the music school or the engineering school or the law school, my job would be to educate my students to the best of their potential so that they can go into the marketplace and secure the best position for themselves.”

Finally, Baldwin also denounced that he is a partner of Mark Dickel.

After his stint with TNT, Dickel, a former ward of Baldwin, put up Argus Ossa Sports — a sports agency.

Well, none of the Filipino players in Japan, Korea, Taiwan, Australia, or New Zealand are under Argus Ossa.

To close, Baldwin said that what he only does is look out for his players who have sought advice from him.

“My job is not to act as an agent for any particular facet of the industry that they’re going into and I don’t do that in any way shape or form,” continued the well-travelled head coach.

“All I do is try to educate my players, and then if they come to me for an advice about their future, I’ll offer that. But that’s between me and the player. But, in no way, I’m acting on behalf of any entity outside of Ateneo.”