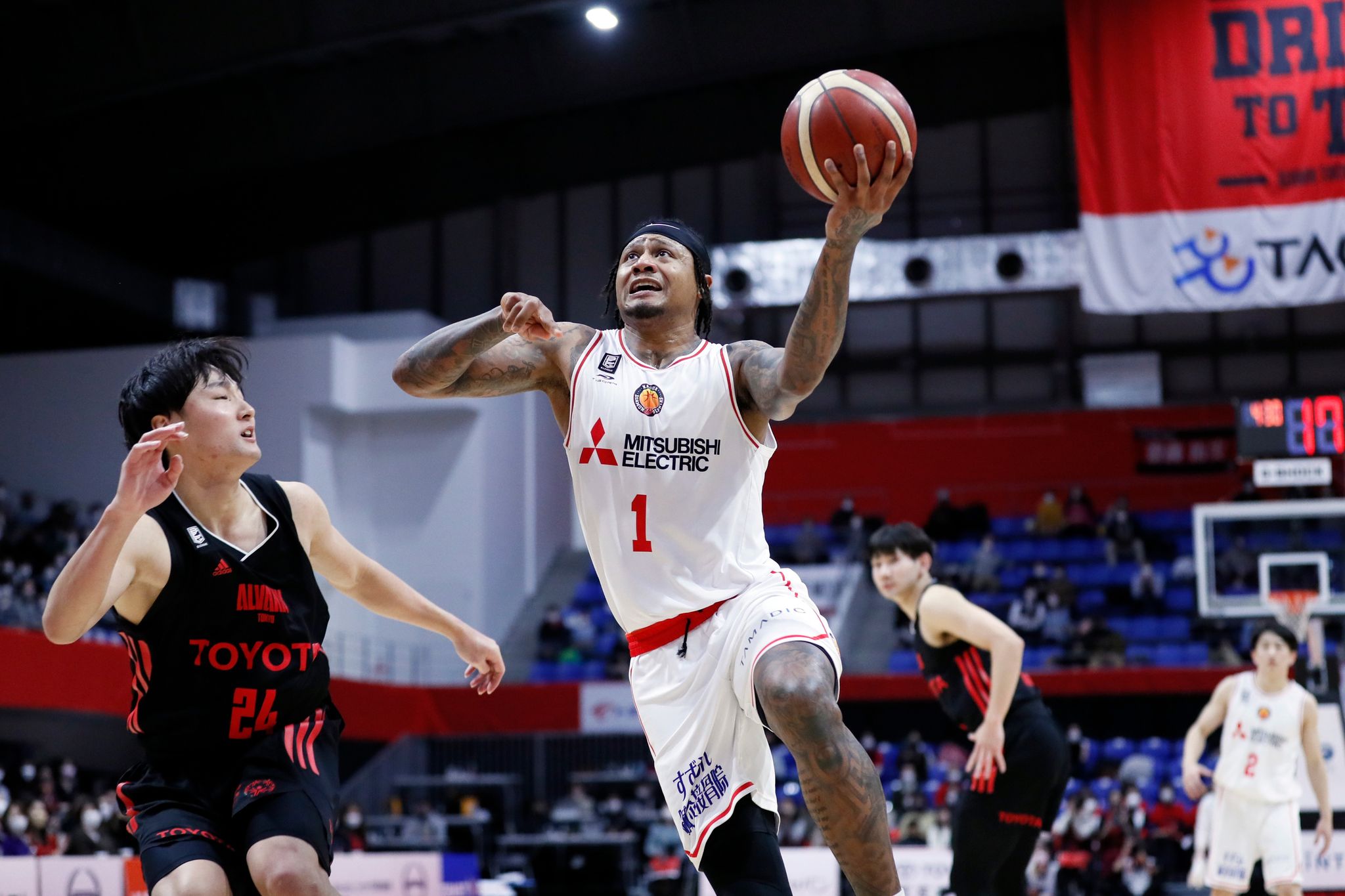 The mighty Golden Kings have fallen.

Ray Parks and Nagoya stopped the 13-game winning streak of Ryukyu, taking an 81-80 win in the 2021-22 B.League season, Sunday at Okinawa Arena.

The loss is just the Golden Kings’ fifth in 48 games and second for the calendar year. They still remain as the leader in the standings.

And it was a thriller in Okinawa.

Nagoya was down 73-62 to start the final frame before Scott Eatherton took charge.

Eatherton went on a barrage, scoring 10 points in a blistering 18-8 endgame run for Nagoya.

The most important of those points came with eight seconds left and Nagoya staring at an 80-79 deficit.

Eatherton was able to get a foul from Koh Flippin that sent him to the stripe. Eaterhton calmly sank both freebies before Ryuichi Kishimoto attempt from deep missed.

Eatherton ended up with 24 points and seven rebounds.

Takumi Saito and Bobby Ray Parks were also pivotal in the come-from-behind win with the former tallying 14 points and seven assists while the latter registering 12 points and five rebounds.

Coty Clarke also tallied a double-double with 11 points and 10 rebounds.

Nagoya will head to Dolphin’s Arena on Wednesday to host Tokyo.