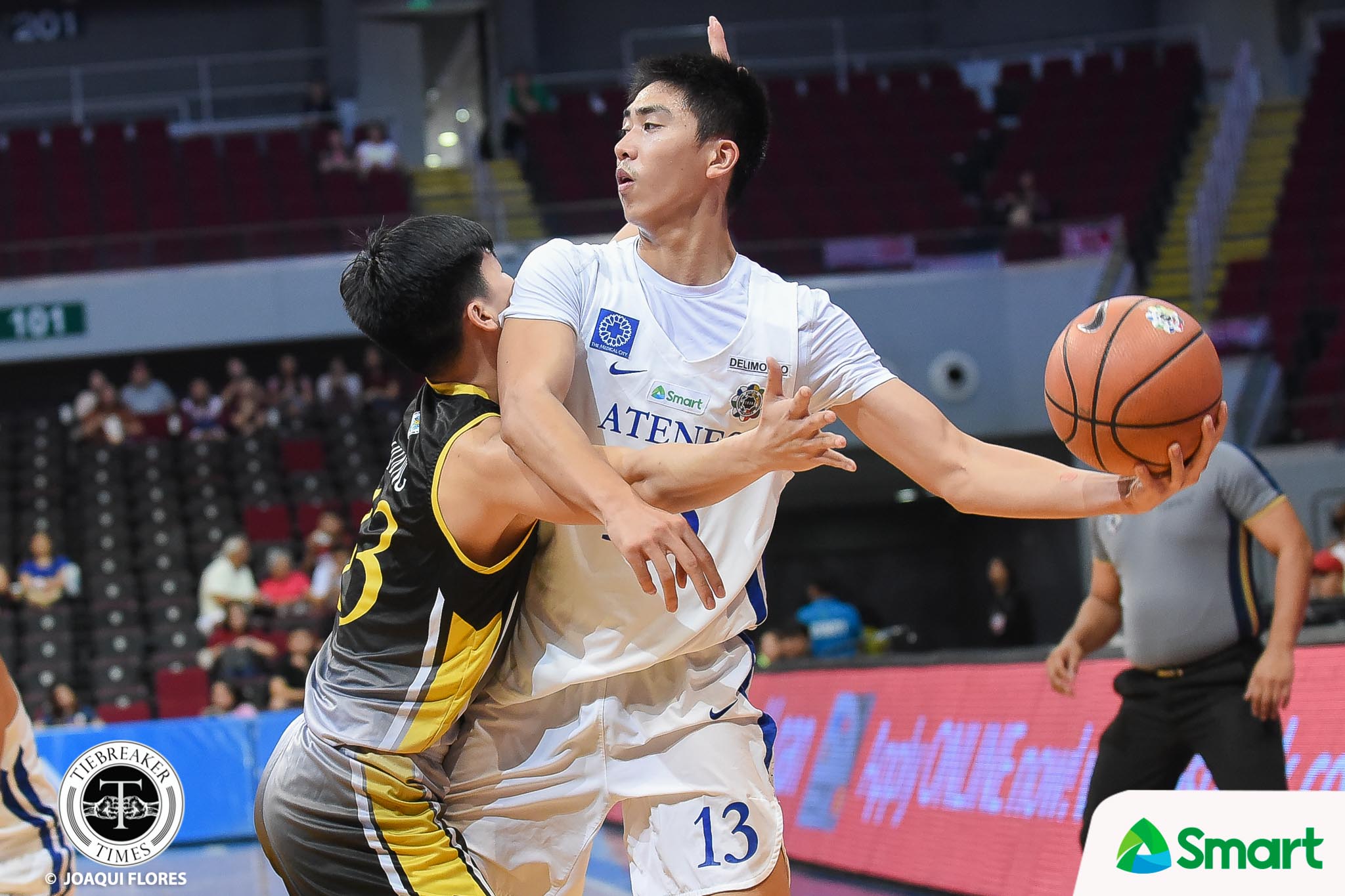 Still showing their championship form even if their Final Four fate was already sealed, the Ateneo de Manila University Blue Eagles showed no mercy against the ailing University of Santo Tomas Growling Tigers, taking a 102-62 romping, Wednesday afternoon at the SM Mall of Asia Arena.

This is the second-worst rout of the season, following UST’s 69-110 loss to the DLSU Green Archers last November 3. Still, Ateneo upstaged their 85-63 beating of UST last September 29.

Ateneo will end the round with a league-leading 11-2 record. Their only losses of the season came at the hands of the Adamson Soaring Falcons, 70-74 last September 9, and the FEU Tamaraws, 60-63 last October 10.

The Blue Eagles have yet to learn who their Final Four opponents are, as the UP Fighting Maroons, the DLSU Green Archers, and the Tamaraws are still in a three-way logjam from third to fifth. The defending champions will face the fourth-seed holding a twice-to-beat advantage in the Final Four.

After missing key players all throughout the season either due to injuries or suspension, it was only fitting that Blue Eagles head coach Tab Baldwin was the one who missed the game, quipped Ateneo lifer Sandy Arespacochaga.

“We’re happy because one of the things we told the team [was] that coach Tab wasn’t here. It’s kind of funny that we were missing a lot of players for the season, tapos ngayon coach naman yung wala,” kidded Arespacochaga, as Baldwin is currently confined in the hospital due to irregular heartbeat.

“One of the things we told the players was his system was already in place. We wanted the players to step up. This time around, the next man up was everyone else as the shoe we’re trying to fill was coach Tab,” he added.

And the Blue Eagles did not slow down right from the get-go. The defending champions raced to a 16-0 lead, only allowing UST to score their first field goal with 5:06 left in the opening frame.

It was all Ateneo from there as Angelo Kouame provided the highlights, while Will Navarro picked his spots. Kouame had 22 points, 10 rebounds, three blocks, and a highlight dunk, while Navarro went a perfect 7-of-7 from the field for 17 points.

No Ateneo player played more than 15 minutes in the game.

“Our players were serious and we wanted to make sure that we were serious from the start as UST is a dangerous team. We didn’t want to take a step back or relax. That’s our sentiments today,” remarked Arespacochaga.

On the other hand, UST ended their campaign with a 5-9 slate – good for sixth in the eight-team league. Though missing out on the Final Four boat, the Growling Tigers improved from their eighth place finish a season ago. In addition, their five-win total is a win more than their combined total for the last two years.

It was a trying season for the Growling Tigers, as they faced multiple injuries.

Cameroonian big man Steve Akomo only played in four games this season after suffering a severe concussion. Ace rookie CJ Cansino then suffered a torn ACL in his left knee during their penultimate game of the season.

READ  Risa Sato vows to do better in academics, volleyball

Embons Bonleon played his final game for the Growling Tigers. The standout from La Salle Green Hills played in six minutes of the game.

UST never stops for Aldin Ayo as he oversees Team B, Tiger Cubs