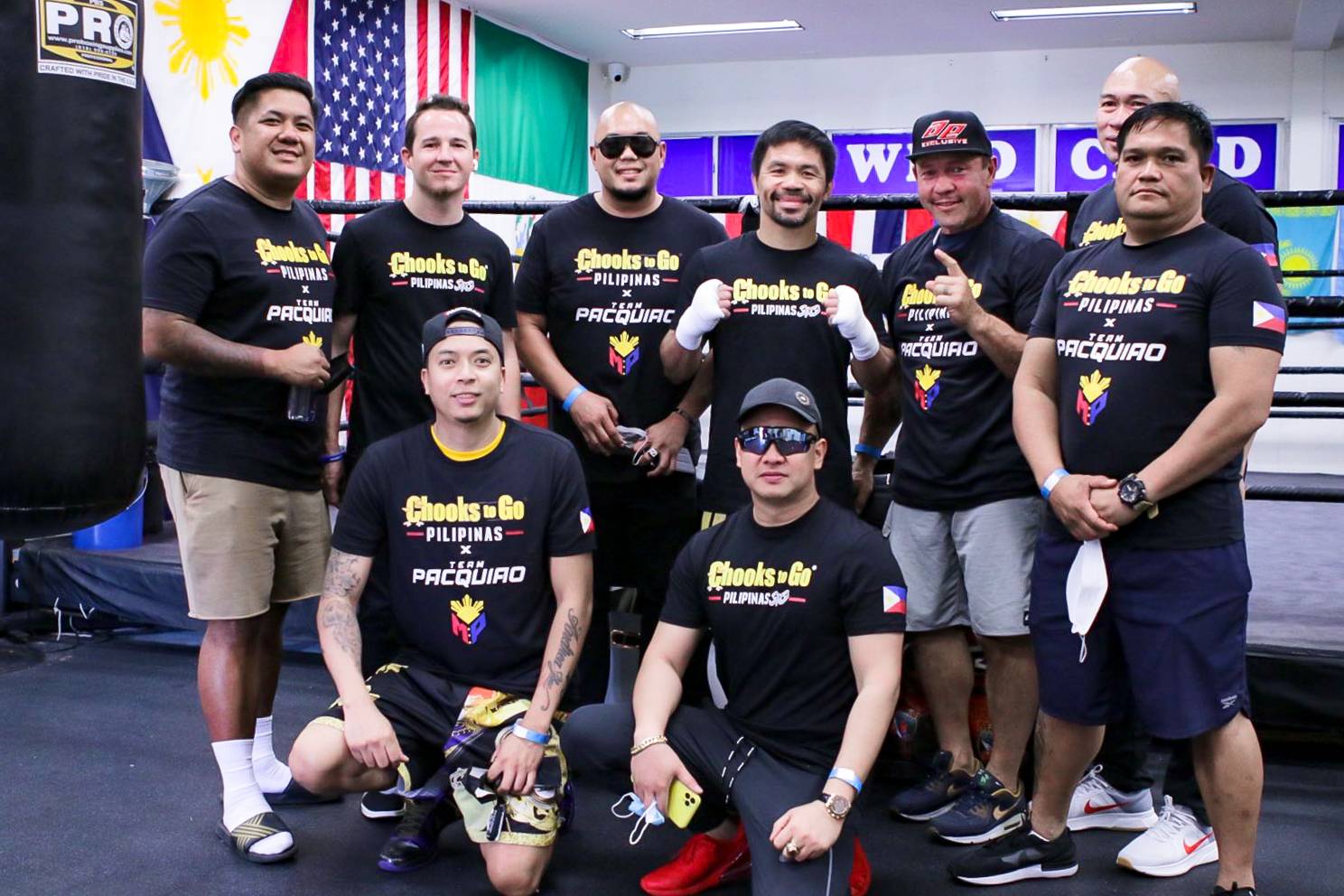 In the eyes of many, Manny Pacquiao has already secured his legacy in boxing.

He is the only boxer ever to win world titles in eight different weight divisions. He has already amassed approximately 20.1 million in pay-per-view buys and $1.2 billion in revenue from his 25 PPV bouts.

He has already faced a who’s who in the sport.

But for the 42-year-old native of Sarangani Province, he has yet to write his legacy.

“Oh yeah, it’s a challenge that they might think, ‘Oh, Manny’s career is over and he’s old, so it’s something I need to prove, I’m not done yet,” he told Fight Hub TV.

“I can easily fight an easy opponent or non-boxers. I can easily pick an easy win, but I pick the best because I want to add more to my legacy of accomplishment.”

It’s been two years since his last bout or since he schooled Keith Thurman.

Unlike his contemporary Floyd Mayweather, Pacquiao will not be fighting a Youtuber, a mixed martial artist, or figure in an exhibition bout in his next bout. On August 22 (Manila time), he will be facing Errol Spence Jr.

And Pacquiao said that he is in the best shape of his life after a two-year layoff.

“It’s been two years, it’s a good thing for me that I have time to rest for the longest time in my career,” he said.

“It help a lot, it helps my body and my mind, and this time around I’m so excited and feeling like I’m young.”

Spence though is no slouch.

The southpaw New Yorker is a young buck trying to make his own legacy. In nine years, he has gone unbeaten, amassing a 27-0 record.

By the way, he is also the reigning WBC and IBF world welterweight champion.

“The challenge is if he will fight to moving around, jabbing, jabbing, jabbing, using his advantage. There’s a consideration and that’s our focus also,” he said about fighting a boxer that is three-and-a-half inches taller than him.

That is why for Pacquiao, this bout is the biggest of his life. Yes, for him every fight matters.

“He’s fighting with a YouTuber just to earn money and I’m fighting the best to add to my legacy, so that’s different,” he said about Floyd Mayweather Jr.

“To fight an easy opponent for the money or to fight one of the best to add to your legacy. It’s different.”