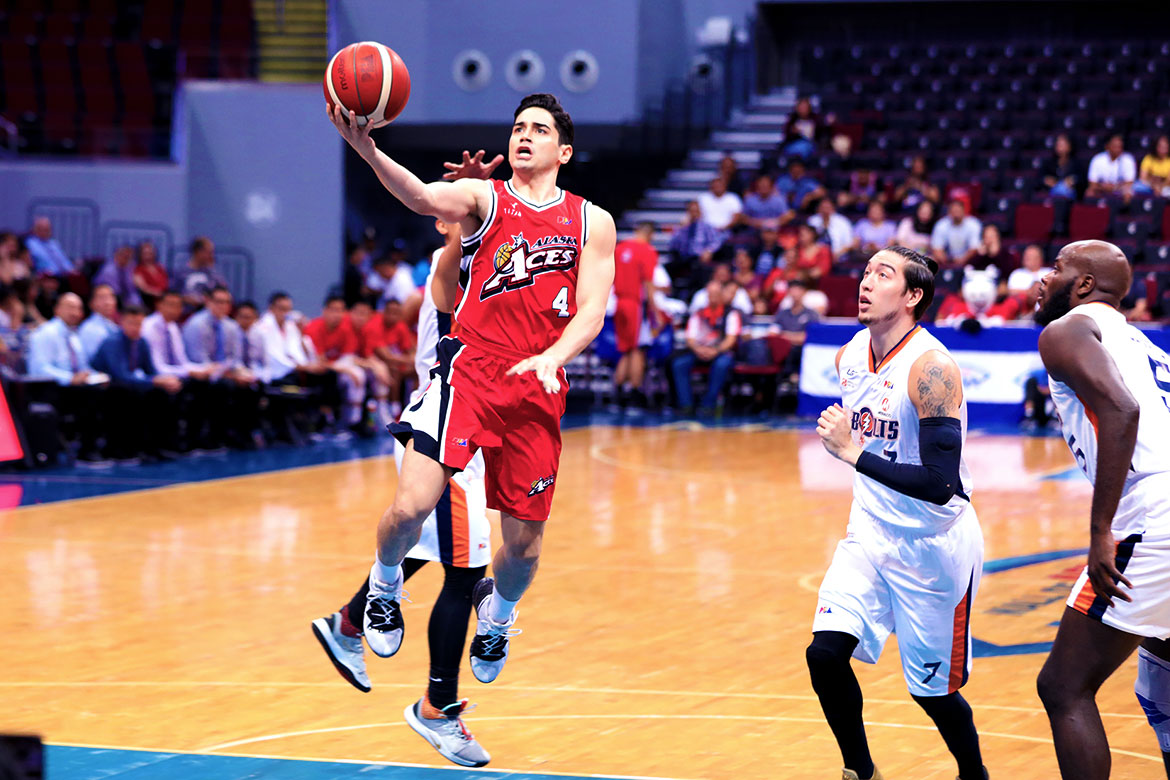 Chris Banchero is definitely one big reason why the Meralco Bolts are kicking themselves right now.

The Orangemen were literally seconds away from sending the Alaska Aces packing and securing the eighth and final spot of the 2019 PBA Commissioner’s Cup quarterfinals, but the Filipino-Italian guard had other plans in mind.

With the Aces down 91-95 with 20.7 ticks left in the fourth, Banchero put on a hero’s cape and saved his team. He first buried a trey, and when Chris Newsome split his freebies, he made a turnaround J to send the game into overtime.

“It started with JV (Casio), he got a big rebound on the first three that I missed. When he kicked it out to me I know I had to knock it down for us to be in that game. Luckily it went down. That last one, it was a big shot,” Banchero said.

His teammates would then step up in the extra five minutes of play, and eventually, the Aces won, 108-103, to catch the last bus en route to the quarterfinals, which will raise its curtains this Saturday, July 20, at the SM Mall of Asia Arena.

The 30-year-old guard finished with 15 points, nine assists, four rebounds, and a steal in the huge win. But as big of a factor he was, the 6-foot-1 court general out of Seattle Pacific also tipped his hat to his teammates for taking care of business.

Aside from Banchero, five more Milkmen finished in double figures, including Vic Manuel as he had a team-high 23 points. Import Diamon Simpson had 20 points, Casio had 14, while Simon Enciso and Jeron Teng had 13 and 12.

“I thought everybody stepped up, we had a lot of guys in double-figures, it was a team effort,” Banchero said.

“We’ve been in a lot of tough games this conference, sometimes when that happens, teams begin to play well.”

However, Banchero isn’t planning to celebrate the win any longer. His sights are now set on Sunday’s clash with Terrence Jones and TNT KaTropa, the top-seeded team this conference who’s also armed with a twice-to-beat edge.

Banchero knows what kind of team they will be facing next. But he said that the Aces are not afraid of them.

“Terrence Jones is obviously a very good basketball player. But at the end of the day, they’re just another basketball team. They played really well this conference but I know we’re not scared of them,” said the five-year pro.

“They’re really good and got a lot of good players, a lot of them are playing well. But it’s anybody’s night, we can play really well when we git it going. It will be a fun game. It will be a big one.”