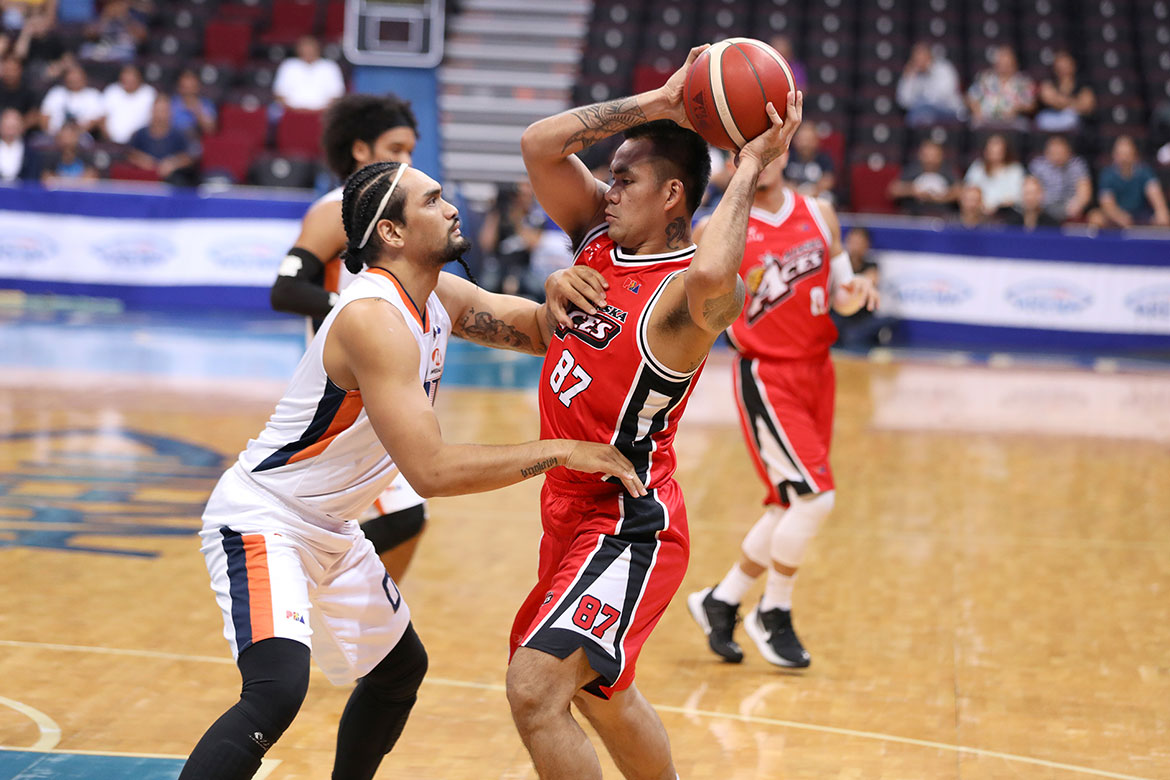 Vic Manuel on Friday breathed a huge sigh of relief, now that his Alaska Aces have finally sealed the last spot in the 2019 PBA Commissioner’s Cup following a morale-crushing string of losses.

Prior to beating Meralco in the playoff for the eighth seed, the Milkmen was in the midst of a five-game losing skid — a skid which happened after registering a win also against the Bolts last June 9.

That slump came at the worst time for Alaska, as they only needed a win to formally secure a quarters spot.

With the win, the Aces have forged a quarterfinal showdown with the Terrence Jones-powered TNT KaTropa, the top-seeded team who’s also armed with a twice-to-beat advantage.

For Manuel, they will now start working on how will they at least limit Jones, who’s been one dominant figure this conference with norms of 33.7 points, 16.1 rebounds, and 7.7 assists.

As for himself, Manuel admitted that he’s still feeling a bit different with his back. But he will not be letting it get in his way, especially now that the Aces will be in an all-important game this Sunday.