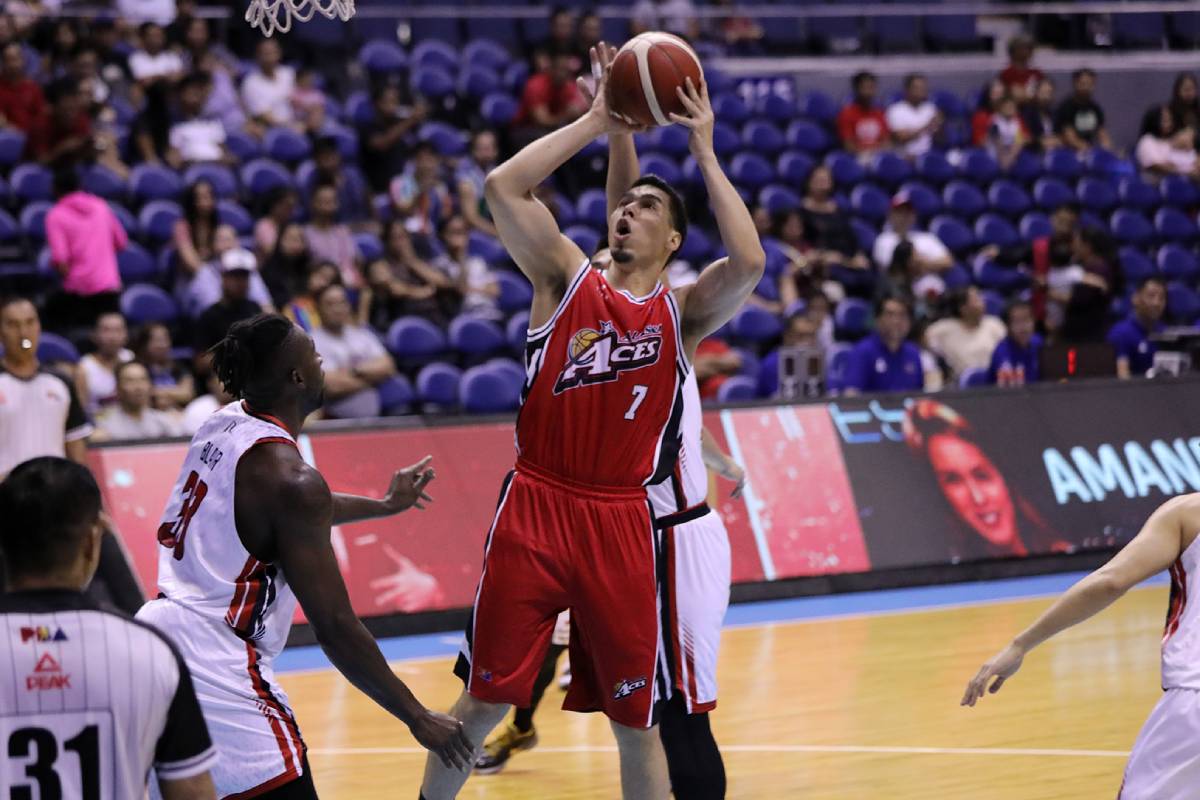 Alaska would prefer to give Sonny Thoss the send-off he truly deserves, but the ongoing coronavirus (COVID-19) pandemic continues to stand in its way.

Aces head coach Jeff Cariaso admitted that the team could again miss the veteran big man “at least in the first conference” of the next PBA season, targeted to start on the league’s 46th anniversary on April 9.

“He probably won’t be with us again,” said the seasoned bench tactician in Tiebreaker Vodcasts’ Coaches Unfiltered, presented by SMART.

Thoss, 39, should have had his one last ride last year with the only franchise he has played for since 2004. But he opted not to join Alaska in the Clark bubble for the season resumption due to COVID-19 concerns.

“He made a family decision to not participate in the bubble. This decision was actually asked with all the guys, because we don’t wanna feel like they were forced to join because this is a unique situation with COVID,” Cariaso said.

The 6-foot-7 slotman said back then that he would only return to the Aces if there were an available vaccine against the virus.

Various pharmaceutical companies have already manufactured vaccines, but these are not yet locally available. Reports have alleged that doses could only roll in by the end of the year’s first quarter.

Thoss is then likely to miss the early part of next season, although it remains unknown whether the PBA will revert to its usual three-conference format or play just one like last year – depending on the COVID-19 situation.

“Sonny will most likely not play again because I don’t think the vaccine will be here on time,” said Cariaso, who got to play with Thoss when he played his final PBA playing years with Alaska from 2004-10.

“And, you know, there’s a bunch of stories of it going on now … Until that’s really clear and we get the go-signal from our team doctor soon, I don’t anticipate seeing Sonny.”

Still, Cariaso remains optimistic that they can properly send off Thoss, who helped the Uytengsu-owned ball club win three PBA titles, in the future.

“Let’s be honest. The longer it takes for him to return, the closer he’s most likely gonna be retiring. So, we want to give him the proper send-off that’s just one more conference – just tryna be his send-off conference.”