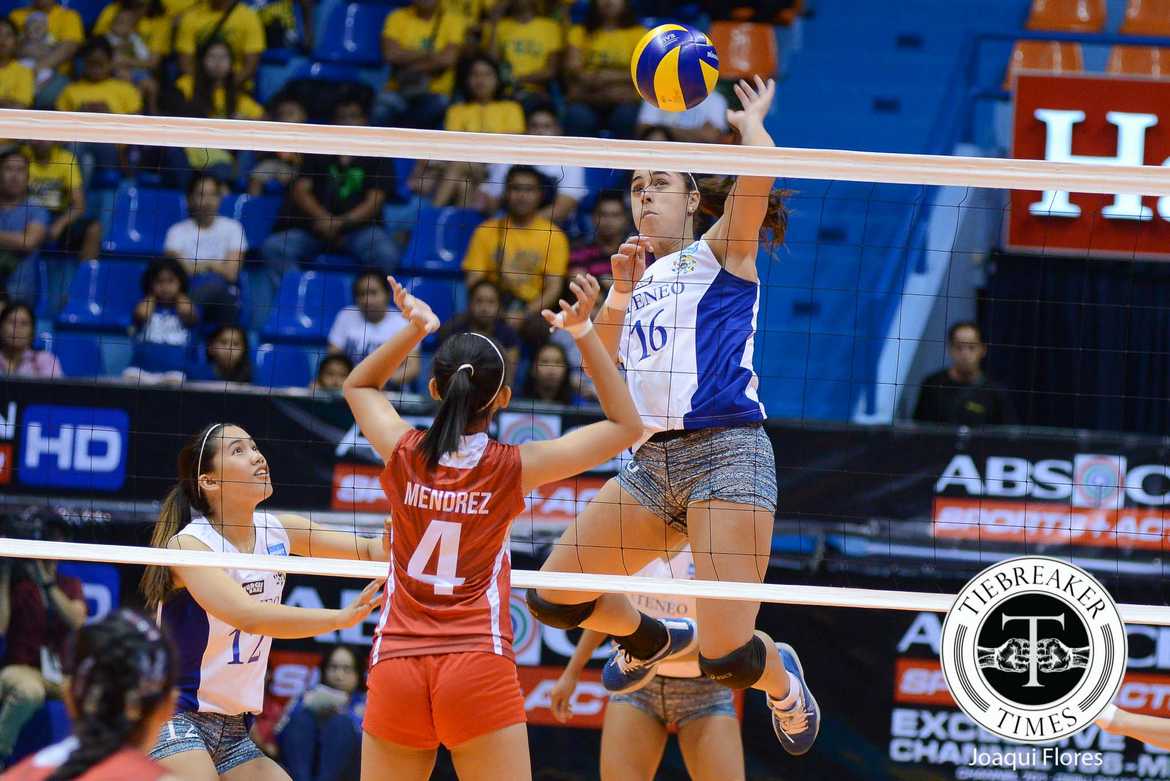 In the first round, La Salle took it to Ateneo right from the first point. The Lady Spikers came out with insane energy and overwhelmed the Lady Eagles in a quick straight-set decision.

Graduating Amy Ahomiro had been completely aware of Ateneo’s lack of energy in the first match.

“We’re hoping to make bawi from our first match that was really bad. We’re hoping we play as a team. In the first game they just took it from the start – from the moment we exited the dugout. I don’t think we believed in ourselves,” Ahomiro told Tiebreaker Times after their win against UE.

The Kiwi played opposite in the first round, which she admits played into her lack of confidence.

“For me, I feel more comfortable sa middle. Hopefully, our team has adjusted enough with me in the middle, with the defense in the back and everything. Hopefully, that would be an advantage for us heading into the match and they’ll need to adjust,” she expressed.

When the teams met in the Finals for the past two seasons, Ahomiro had always played well, even winning the Finals MVP plum last year.

As a lefty who is quick off her feet, Ahomiro has always given La Salle’s middle blockers trouble, especially Mika Reyes, who was noticeably rowdy during their first round meeting.

Returning to the middle, Ahomiro hopes she can silence Reyes on Sunday at the SM MoA Arena.

“Hopefully, we can keep her a little quiet,” she closed.