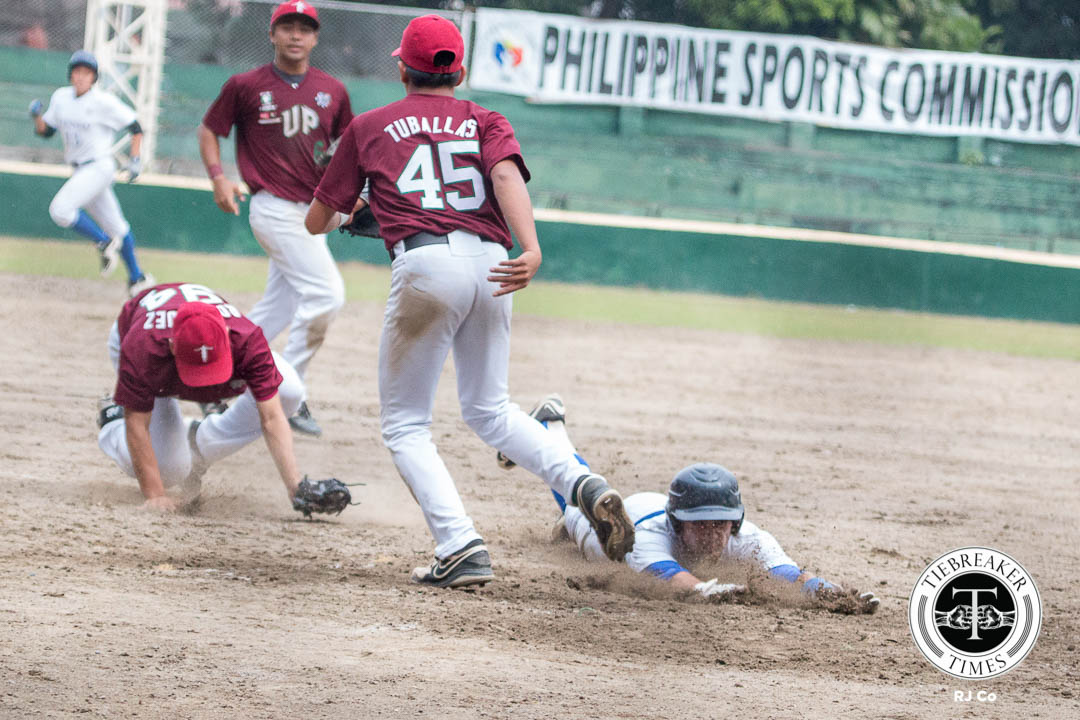 With the game tied going into the bottom of the ninth, the Ateneo De Manila University Blue Eagles relied on clutch performances from their rookies to lead the team to an 11-10 walk-off victory against the University of the Philippines Fighting Maroons and, more importantly, booked their spot to the UAAP Season 78 Baseball Finals.

The high-octane Ateneo offense was in full display to open the game as the defending champions were able to punch in two runs in the first two innings of the game. Marco Mallari was able to place the Blue Eagles in the opening inning after a double by RBI-leader Gino Tantuico. Then in the second inning, co-captain Ryon Tionloc was able to bring in another run after an overthrow by UP’s first baseman James Legaspi.

Down 2-1 going to the third inning, the Fighting Maroons went on a huge rally against Jomo Filart and the Ateneo defense. Back to back base hits by SJ San Juan and JJ Cinco while a sacrifice fly by Gabby Yang moved both runners to prime scoring position. A fielding error by the Blue Eagles then gave Emil Fernandez base that loaded up the offense with just one out. A single by JC Yang gave San Juan a run, while a double by DH Javi Lopez cleaned up the bases to give UP a 4-2 lead.

Rookie Mark Tuballas then popped a fly to center-left field that brought home Lopez. The rally was capped by a double by lead-off batter James Legaspi that paved the way for a Tuballas run and a 6-2 lead for the Fighting Maroons.

Able to cut the deficit to just a solitary run heading into the fifth inning, Filart was subbed out for junior Nacho Cojuangco to start off the inning. Cojuangco and the Blue Eagle defense were able to subdue the Fighting Maroons as they held Tuballas, Legaspi, and San Juan on base with just one out. Cojuangco struck out JJ Cinco, while a flyout to right field of Gabby Yang stranded all three runners.

An the bottom end of the inning, the Blue Eagles were able to storm right back and regain the lead. After a flyout of first batter Chong Ramos, Tionloc and Rapho Balagtas connected on consecutive base hits that forced UP head coach Anthony Dizer to retire Mig Herrera on the mound for Gab Rodriguez. Rodriguez, though, walked Marquis Alindogan to load up the bases for the Katipunan batters.

Lorenzo Orbeta blasted a laser to center field for a two RBI single to give Ateneo the lead. Mallari then followed it up with a double that brought home Alindogan to cap the Ateneo rally.

Rookie JC Yang was able to cut the lead to just a single run during the top of the sixth inning that retired Cojuangco from the mound for rookie Nacho Lozano. Tionloc and Orbeta, however, extended their lead to three more runs at the bottom end of the seventh.

With their backs against the wall at the top of the ninth inning, the Diliman squad fought right back. A base hit by James Legaspi opened the inning, while Phonso Balagtas gained base due to balls. A double by San Juan brought home Legaspi. Rookie Laurence Chavez, batting for JJ Cinco, then connected on the biggest hit in his young UAAP career – a double to far left field that brought home the two runners to tie the game at 10-all.

Lozano had to be taken out for Miguel Dumlao to halt the UP rally afterwards. A flyout of Gino Aganon and ground-outs of Herrera and JC Yang closed out the inning.

“I told them that before going into the bottom of ninth that we’re going to win this game,” co-captain Ryon Tionloc told Tiebreaker Times. “I believe in our batters, I believe in our team.”

On deck for Ateneo during the inning were fourth-year student-athlete Balagtas, rookie Alindogan, and junior Lorenzo Orbeta. Balagtas was able to connect on a base hit to open the inning but was knocked-off at second base that gave Alindogan first base. A fielding error by SJ gave Orbeta base in the next possession. Another rookie then stepped on the plate with Mallari at bat. After three balls and a strike, the rookie from Ateneo High School slammed a huge double to deep-right center that brought home his fellow rookie for the walk-off victory. Moreover, the win punched the Blue Eagles’ ticket to the finals.

“How can you not be romantic about baseball? It’s amazing,” said Tionloc, who was an excellent 4 of 5 at bat during the game. He had three singles and an RBI that led to a game-high three runs and an RBI.

“Great win. We kind of stumbled in the ninth inning pero I told my teammates that we could still win it. I just believe in them. Whoever was going to hit the walk-off, I knew we were going to win.”

Marco Mallari also went 4 of 5 for the game. The rookie had two singles and two doubles that led to three RBI’s and two runs. “Marco’s hitting was fantastic,” a proud Tionloc said about the clutch performance of his rookie. “I’m just enjoying what everyone’s doing now. It’s amazing.”

Looking forward to their final two games of the season, Tionloc hopes that the defending champions show the same intensity they did during this game. “We need to improve on jumping on our opponents in each and every inning. We scored a run in almost every inning this game,” he shared to Tiebreaker Times.

“I hope we can continue this in our last two games and get ready for the finals. Just have fun, and enjoy the game.”

The defending champions open the March 3 slate of games by facing a dangerous Adamson University squad at 7:00am. On the other hand, the UP Fighting Maroons look to finish their season strong as they face the University of Santo Tomas Golden Sox in the final game of the day. 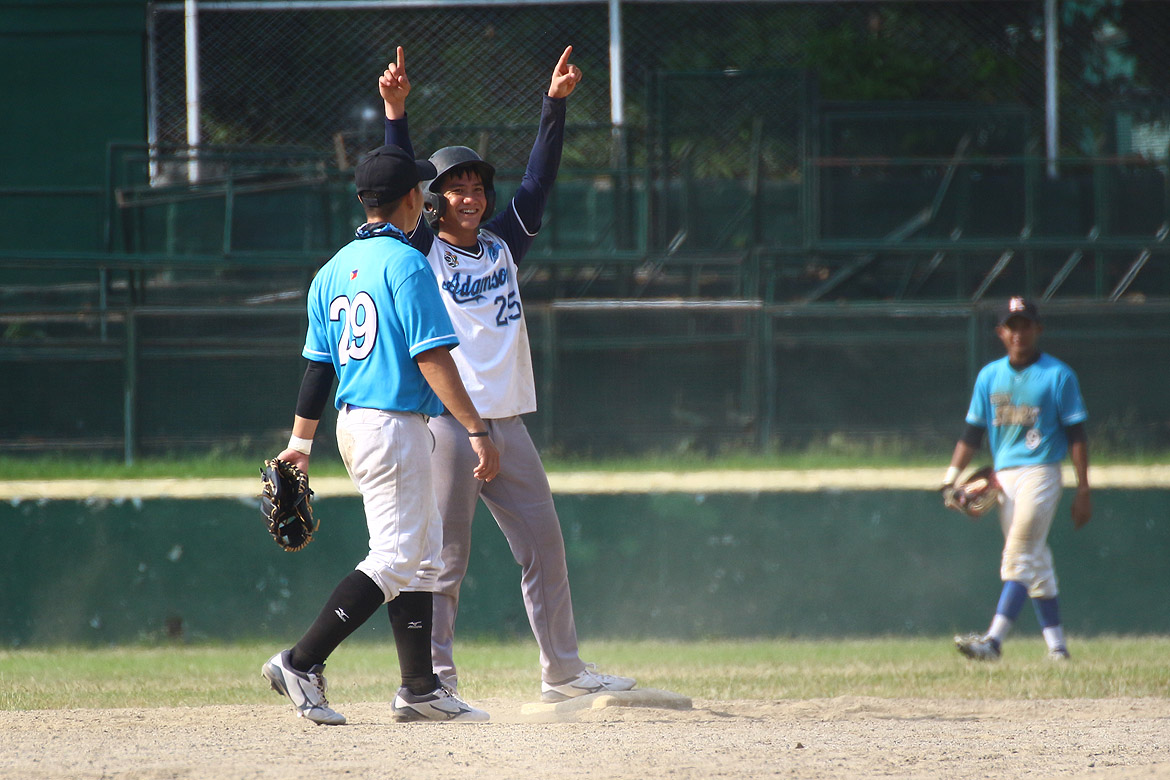 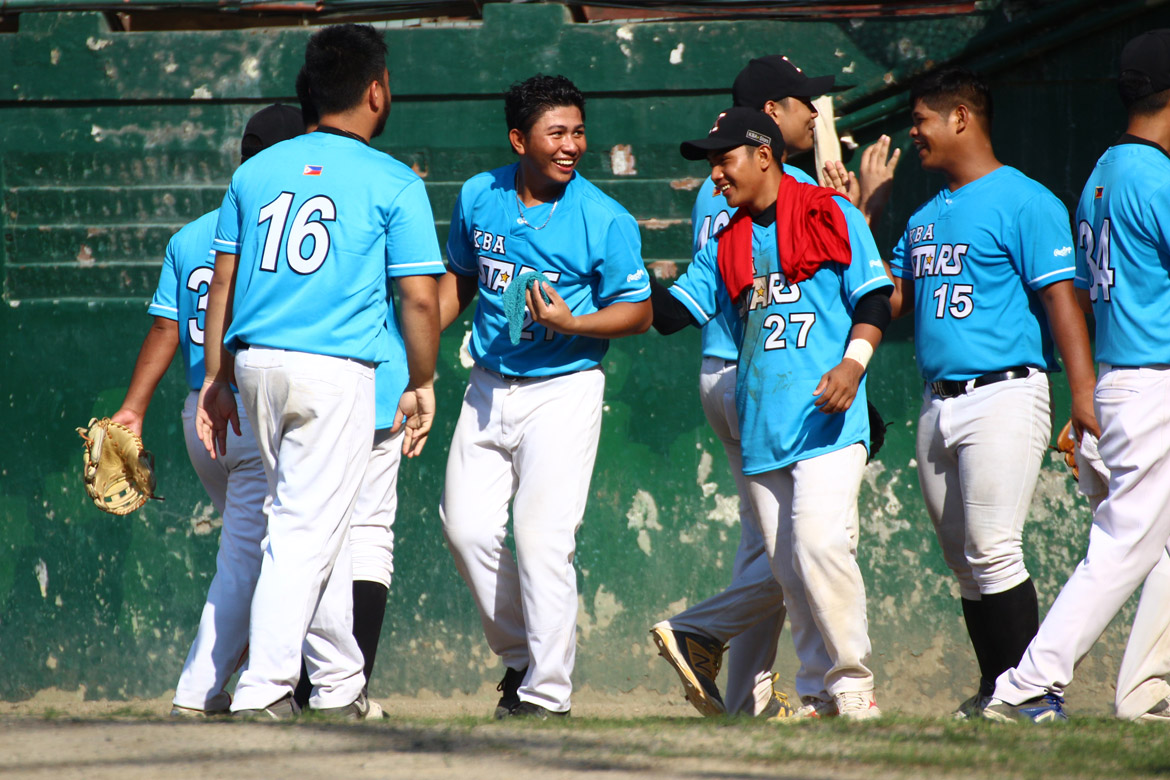 The Katayama Baseball Academy (KBA) Stars and the Thunder All-Stars continued their surge in the 2019 Philippine Baseball League Open Conference, Sunday at the... 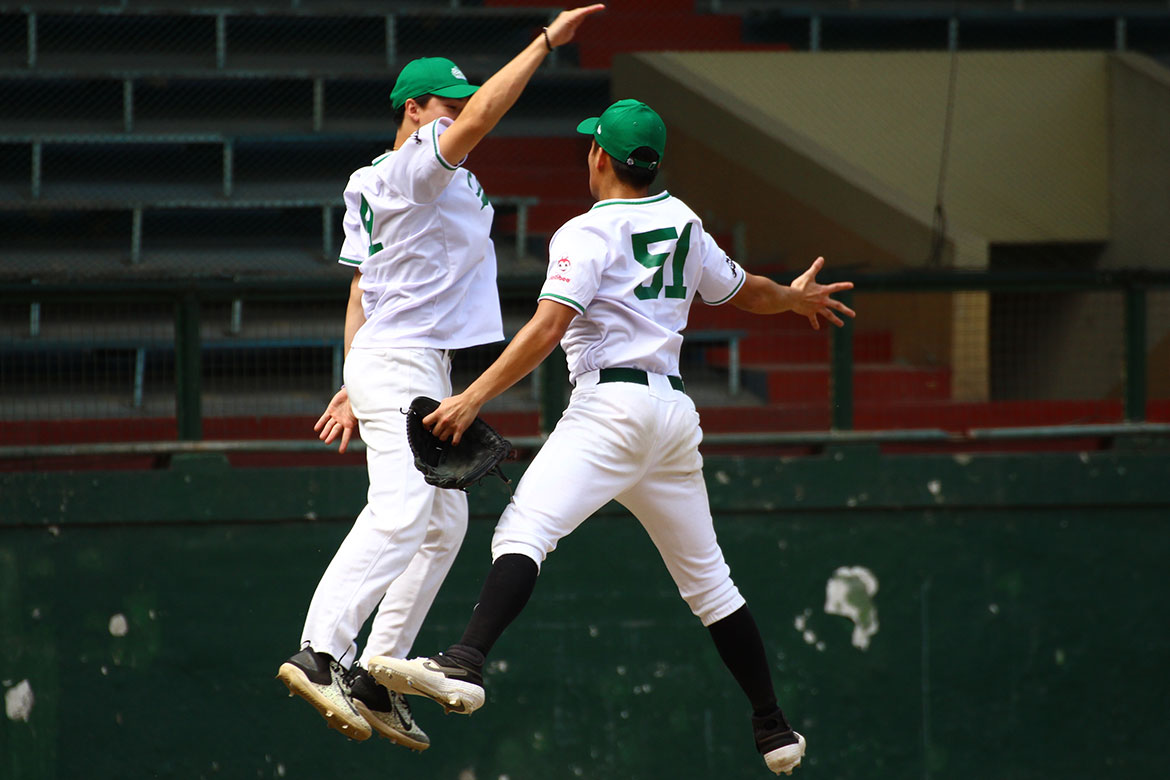