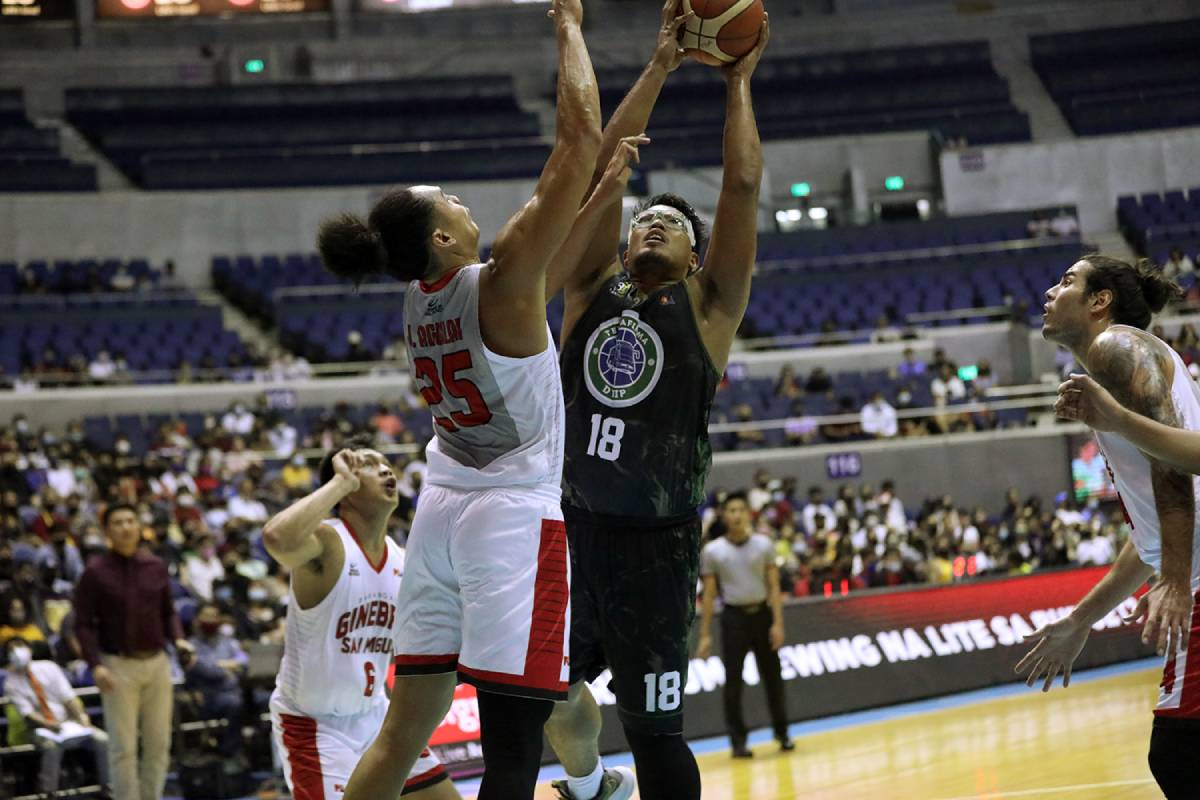 The three-time All-Defensive member finished with a total of seven blocks, indeed a big factor in their 106-82 win that extended their streak to four.

Per league stats chief Fidel Mangonon III, that was the most he’s had since swatting away that many in Game Three of their 2019 Governors’ Cup Finals series versus Meralco, where he eventually bagged home Finals MVP honors.

The 6-foot-9 forward said that he just tried to be as active as he can be on defense after he and the Kings, in his words, ‘got beat in the hustle charts.’

Ginebra had already led by 12 early in the first half but allowed the opposition to come back and take an eight-point lead in the third, before waking up in that same period with an 18-1 run to regain the upper hand for good.

“I’m just trying to be active. Actually, yun nga, they beat me (on the ball) so I have to be strong on the ball,” Aguilar said during the postgame press conference at the SMART Araneta Coliseum.

It was yet another solid performance for the 35-year-old, who top-billed for the Barangay with 22 points, six rebounds, three assists, and a steal.

Still, Aguilar is hardly satisfied with his outing, with his sights set on doing better in their coming games, beginning with TNT on Sunday.

He also didn’t hug the limelight all to himself, tipping his hat as well to the other Kings that contributed to getting win no. 6 to virtually secure a quarterfinal spot — all but one of the 14 players field scored at least two in the victory.

“They’re all hard workers,” said Aguilar, who’s now in his 10th season with the franchise. “In practice, you’ll see them every day. They’ll come in prepared.

“In our team, all the way to the last guy, same offense, same flow.”