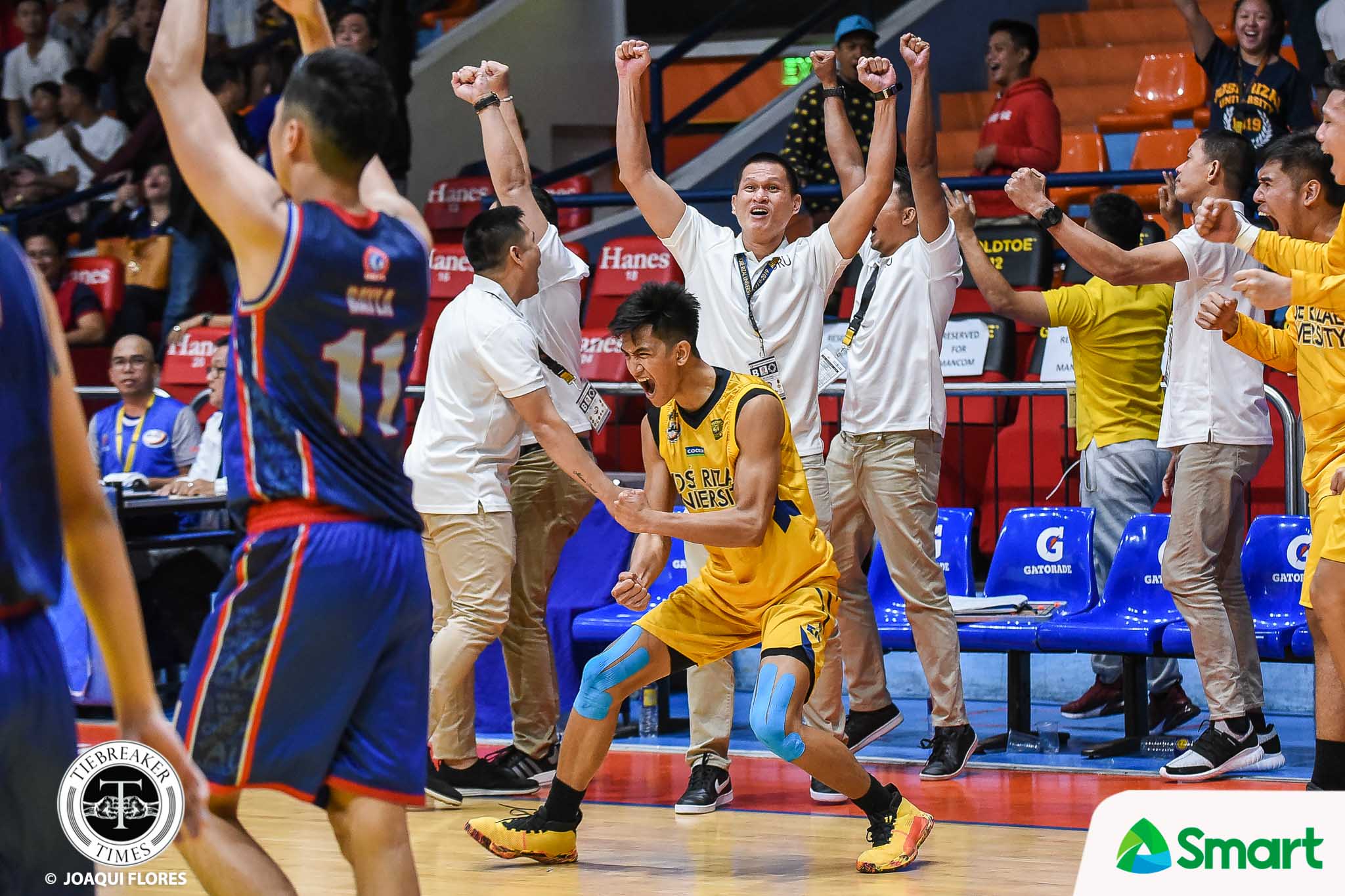 The battle between two winless squads in the NCAA Season 95 Seniors Basketball tournament proved to be a classic.

However, only one could prevail and this time around it was Agem Miranda and the Jose Rizal University Heavy Bombers who came out victorious, surviving the Arellano University Chiefs, 80-77, Friday evening at the Filoil Flying V Centre.

Sophomore guard Miranda proved to be clutch in the endgame.

Down by two with 29.3 seconds left, the 6-foot guard soared over everyone, cleaning up John Amores’ miss from distance to knot things up.

After getting a stop, Miranda utilized a hard John Delos Santos screen to find a little space in the left corner. That tiny inch was all Miranda needed to knock down the go-ahead triple with 1.7 ticks to spare.

Off a timeout, Arellano turned the ball over on the inbound as pandemonium erupted at the arena afterward.

Miranda had 26 points built on three triples to go along with five rebounds and three steals.

But it was not just Miranda who willed JRU to victory as the likes of Stean Steinl, John Amores, and Marwin Dionisio all joined hands in cutting a once 15-point Chiefs lead. Moreover, they did not have leading scorer John Delos Santos in the last three minutes after sustaining an ankle sprain.

Steinl had 12 points and eight rebounds while Amores and Diniosio had 11 and 10 markers, respectively.

However, it was not enough to give Cholo Martin his first-ever NCAA win as Arellano fell to 0-3.

JRU looks to sustain the momentum it gained when it faces the Perpetual Altas on Tuesday, July 23 at 12:00 pm. Arellano, on the other hand, will try to rack up that elusive win on Friday, July 26 against the EAC Generals. 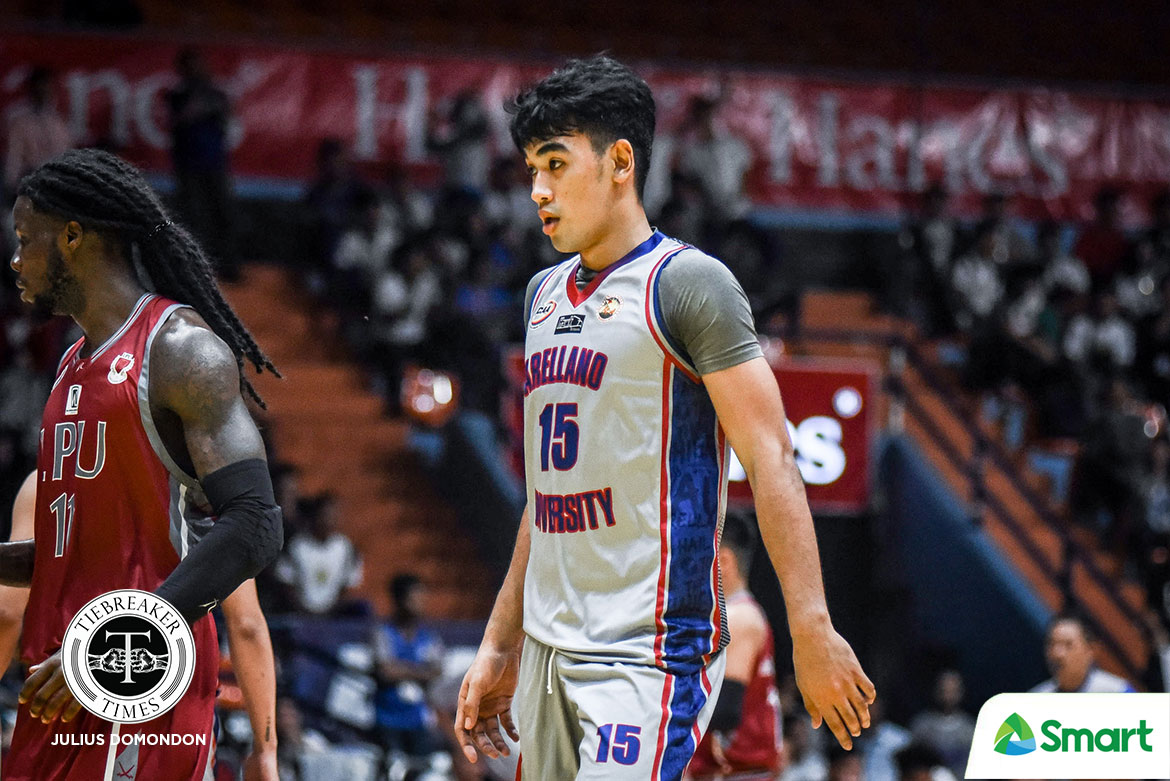 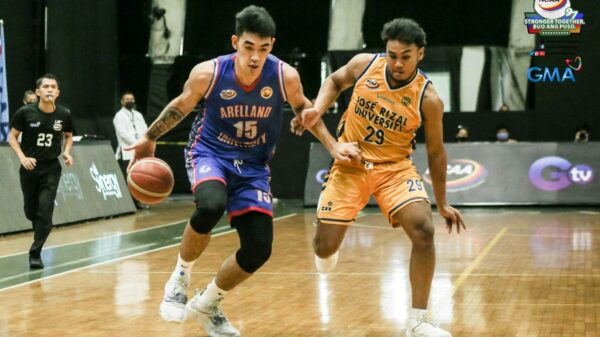