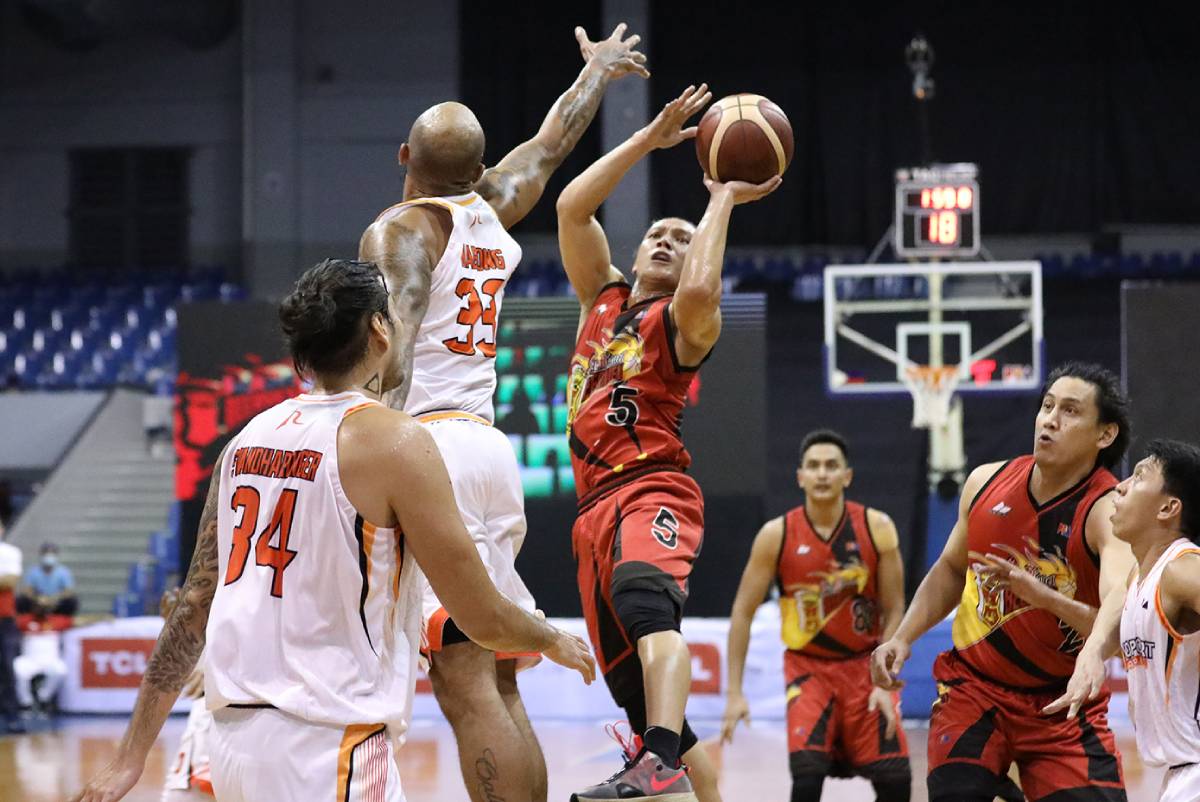 SMART CLARK GIGA CITY — San Miguel head coach Leo Austria can only feel relief after the Beermen made it to the 2020 PBA Philippine Cup quarterfinals following their dominant conquest of NorthPort, Tuesday night.

It should be a given that the reigning, five-time champions enter the next round. Still, no one can fault the multi-time Coach of the Year for his delight with the feat, with all the challenges they faced in the bubble.

San Miguel was already without reigning, six-time Most Valuable Player June Mar Fajardo, as he continues to recover from his leg injury. It then also lost former three-time scoring champ Terrence Romeo to a shoulder injury.

Without the flashy guard, the Beermen lost their first two games in the bubble. They managed to rebound versus the young Terrafirma Dyip, starting a four-game winning streak.

But that run snapped against RJ Jazul and Phoenix Super LPG, and their misfortunes would continue. They next absorbed a humiliating 34-point beatdown at the hands of NLEX Road Warriors.

But like the champs that they are, SMB got back on track at Ginebra’s expense, and then the Batang Pier. And now, despite all their troubles, they are in contention for a top four finish and a twice-to-beat edge for the quarters.

“We’re so happy to get into the playoffs after a week of really thinking what will happen to us, because we felt that our team was really struggling because of a lot of injuries. But we’re so happy to make it to the quarterfinals,” Austria said.

The Beermen’s confidence has risen, and Austria expects his chargers to up the ante come playoff time. “This team, when it comes to the playoffs, iba ang nilalaro eh,” he said.

However, the decorated mentor isn’t looking too far ahead. For now, what’s important for him is the recovery of his players. Chris Ross, for instance, didn’t play versus NorthPort due to tightness in his leg muscles, per Austria.

Ross, 35, has been playing with a banged-up knee and an injured thumb. Marcio Lassiter, meanwhile, had a strained right calf that made him sit out their game versus NLEX, although he played versus Ginebra and NorthPort.

“What is important for us is the recovery. We don’t know yet who will be the first game come Friday. As of now we don’t know yet kung sino maglalaro sa Nov. 13. But tomorrow, I think kailangang kailangan nila mag-rest.”