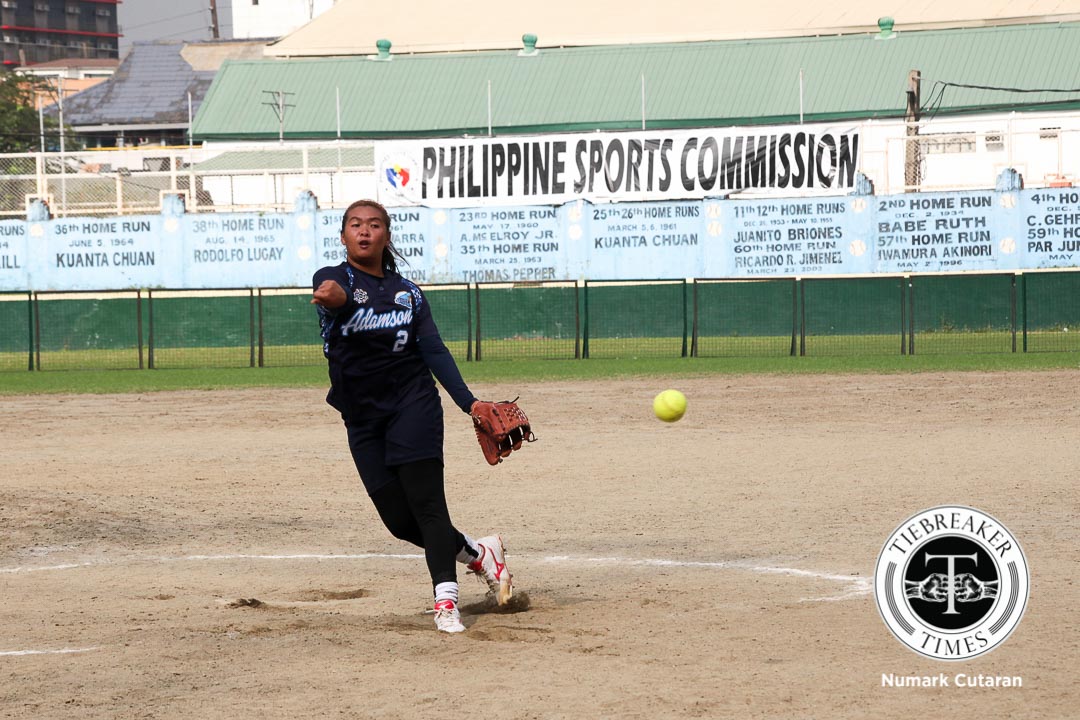 Win number 69 was an easy one for the Adamson University Lady Falcons.

In a defensive masterpiece for the Ana Santiago-squad, Rifayca Basa and the Lady Falcons did not allow a single Lady Eagle to reach base in a 14-0 abbreviated fifth inning shutout to closeout the Wednesday slate of UAAP Softball games.

For the second straight game, Adamson sophomore Rifayca Basa started the game for Adamson University on the mound. In the four innings she pitched, she struckout four of the 12 batters she faced. In the final inning, rookie Arlyn Bautista was brought to the mound. The rookie made most of the playing time she was given in striking out the final three batters of the Lady Eagles.

On the other end, Ateneo sophomore Nikki Borromeo could not contain the high-powered offense of the Lady Falcons. The first three batters of Adamson were immediately able to gain base. A catching error by Ateneo’s shortstop Gabby Macatulad led to runs for Riezel Calumbres and Lorna Adorable. Gelyn Lamata then brought home Angelie Ursabia after a two-out single to give Adamson an early 3-0 lead.

The power of the lady batters from San Marcelino went on full display in the second inning. A double by Krisna Paguican opened the inning while a sacrifice fly by the next two batters brought her home. Adorable and Ursabia then connected on back-to-back two-out triples, the latter leading to another run that gave Adamson a 5-0 lead.

Lorna Adorable was able to score a run in each of her at-bats with four runs. Riezel Calumbres and Queeny Sabobo both had two RBI’s each as well.

The Adamson Lady Falcons will try to extend their winning streak to 70 games on Monday, February 22 against the UP Lady Maroons at 1:00pm. On the other hand, the Ateneo Lady Eagles face the NU Lady Bulldogs on Saturday, February 20 at 9:00am.