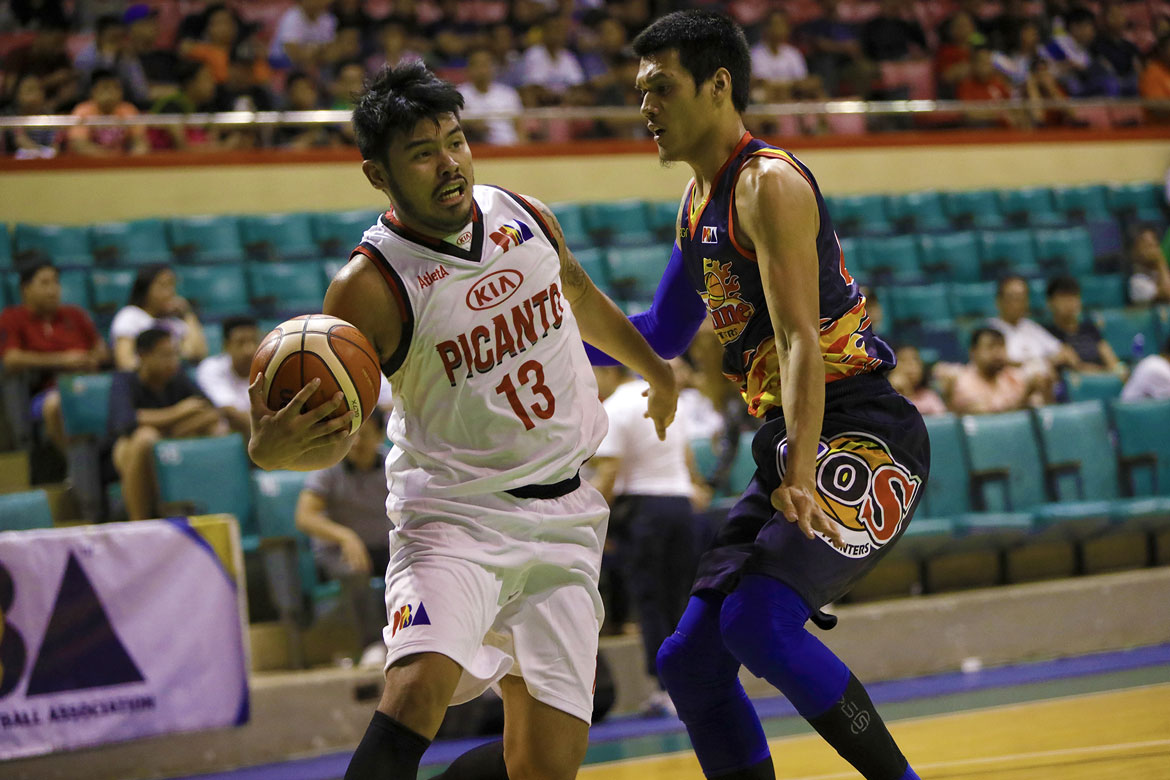 Kia forward Eric Camson was deeply apologetic for the brawl he got into with Rain or Shine’s Raymond Almazan during the Picanto-Elasto Painters match on Saturday, saying that it had not been his intention to hurt somebody.

The two got into it with 3:10 left in the second quarter as their jockeying for position underneath turned to a fistfight, after Camson apparently elbowed Almazan. The two were quickly separated to prevent any untoward incident.

Both of them were slapped with a flagrant foul penalty two and were ejected from the match, which went in favor of Kia, 98-94. But tensions spilled outside the court as the two got into a verbal exchange in the dugout.

Luckily, the gates separating the teams’ locker rooms were closed and prevented another scuffle from taking place, as Almazan claimed that Camson owed him something.

But then again, Camson reiterated that he hadn’t wanted an incident to take place, saying that he was just too caught up in emotions — ones brought upon by their eagerness to win after a 16-game losing skid.

According to PBA officer-in-charge Willie Marcial, Camson and Almazan will be summoned at the Commissioner’s Office on Tuesday. And for Camson, he is ready to face the consequ