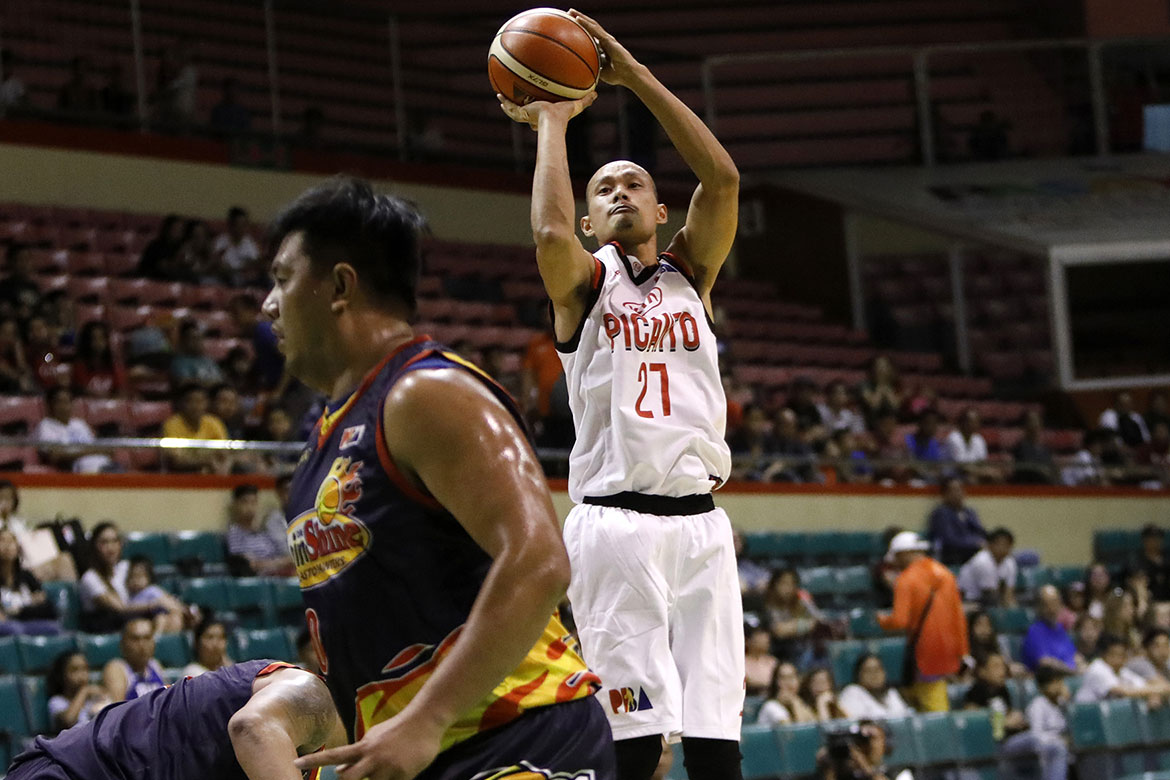 The Kia Picanto’s months-long, 16-game losing skid has finally come to an end at the expense of the Rain or Shine Elasto Painters, 98-94, in a fight-marred affair, Saturday evening at the Cuneta Astrodome in Pasay City.

The Picanto, who lost an average of 35.7 points in their last three outings, are now 1-4 in the team standings. Meanwhile, the Elasto Painters, who were coming off a 120-99 victory over the Phoenix Fuel Masters last January 17, dropped to 2-3.

“Finally nasa press room ako hindi nasa corridor. I’m relieved more than tired. I’m more relieved than anything else,” said Kia head coach Ricky Dandan. “We finally broke that (skid) and this will go a long way in our rebuilding for our ball club.”

Rashawn McCarthy and Roider Cabrera scored 14 apiece to lead the Picanto, with the former adding four assists. Forward Mark Yee flirted with a double-double as he finished with 13 markers and eight rebounds.

Kia spent the majority of the final frame ahead, but RoS kept fighting and stayed within distance. However, the Picanto built enough separation, 96-89, with 1:52 to go thanks to McCarthy and three-year pro Glenn Khobuntin.

But just as the win was within their grasp, Rain or Shine imposed a serious threat. Behind an Ed Daquioag jumper and Chris Tiu’s visits to the foul line, the E-Painters managed to close within a field goal, 96-94, with 21.9 ticks left.

RoS had a chance to pull the rug from underneath Kia after forcing McCarthy into a turnover off the inbound with less than 20 seconds left, but shots taken by Tiu, Daquiaog, and Maverick Ahanmisi did not find the mark.

Mark Yee was able to secure the miss, but found himself in a jump ball situation afterwards after a fight for the ball with Beua Belga. Yee won the tip, and Khobuntin was there to get the ball and ran it down for the game-sealing lay-up.

The six-foot-three Khobuntin — probably the star of the night for Kia, as he steadied the Picanto’s ship in the end-game — contributed 11 markers on 5-of-7 shooting, scoring eight in the final frame.

RoS’ loss put in vain the breakout game of rookie Rey Nambatac as he had 12 points and 11 rebounds. James Yap scored 11 markers on 4-of-8 shooting, while Tiu and Jewel Ponferrada scored 10 apiece, with Tiu having six boards.

Ahanmisi nearly had a double-double as he had nine points and eight rebounds along with four dimes.

Moreover, this defeat of theirs was a sour welcome for Jericho Cruz, who made his 2018 Philippine Cup debut after missing their first four games due to a knee injury. He only scored one point in the 10:32 minutes he played.

The crazy finish of the match somehow shadowed the brawl between Raymond Almazan and Eric Camson, which took place in the 3:01-mark of the second canto. Both were slapped with penalty two flagrant fouls and were ejected.

Almazan, who had just returned to RoS after being put under disciplinary actions after bumping heads with coach Caloy Garcia, finished with six markers and four rebounds. Camson had 10 points, five rebounds, and four assists.

Kia were not able to parade new acquisition Carlo Lastimosa. The scoring guard, whom they signed from the free agent market, was in street clothes on the sidelines after spraining his ankle during team practice.

Rain or Shine will look to book their third straight win against the NLEX Road Warriors on January 26, Friday, while Kia will aim to end their historic skid versus the Meralco Bolts on January 24, Wednesday. Both games are set at 4:30 PM at SMART Araneta Coliseum.