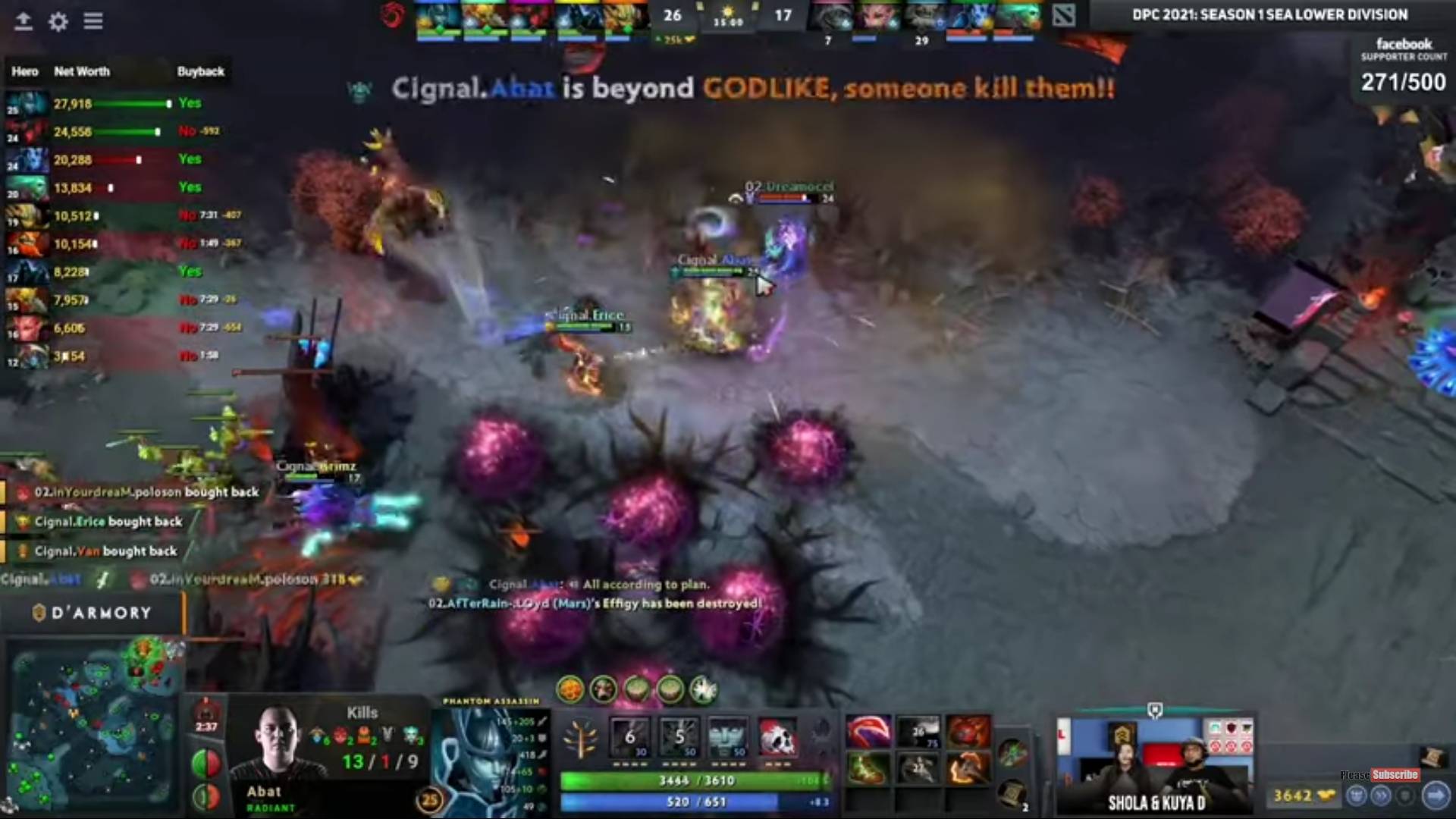 Randy Muhammad “Dreamocel” Sapoetra had five kills, three deaths, and seven assists for Zero Two in a losing cause.

The four-time The Nationals champion had a rough start in the series, falling to Dreamocel’s Riki in Game One before tying the series in Game Two behind Jamesy’s monster Leshrac performance.

The seven-year Dota 2 veteran finished with 23 kills and 13 assists against one death in Game Two while Abat added 11 kills, three deaths, and 14 assists using Antimage.