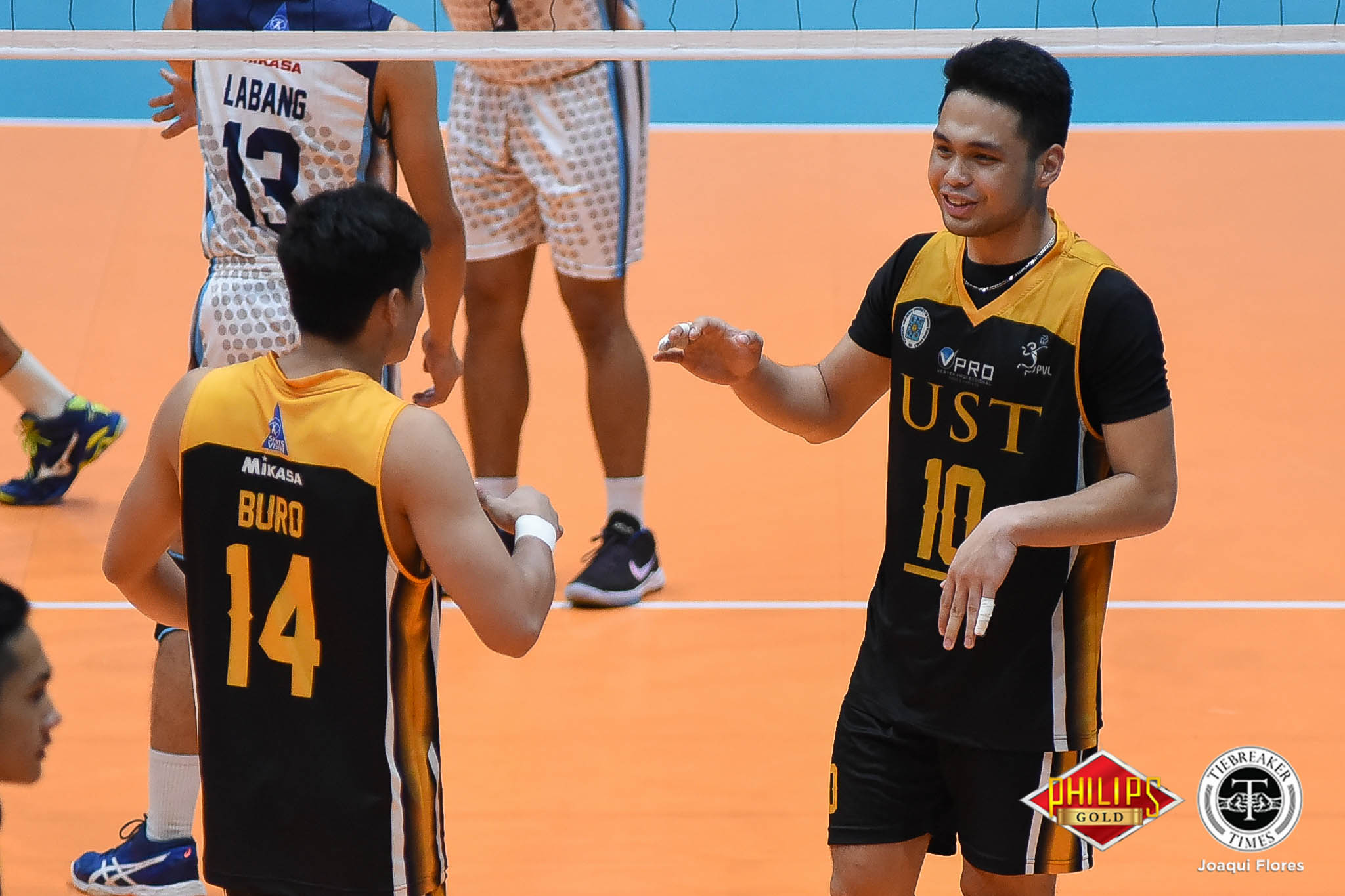 History for the Tiger Spikers

The University of Santo Tomas Tiger Spikers wasted no time and rose up from their own mistakes, taking down the Adamson University Soaring Falcons in five sets, 25-15, 16-25, 25-22, 21-25, 15-8, to secure their ticket to the championship round of the 2018 Premier Volleyball League Collegiate Conference, Sunday morning.

Team captain Wewe Medina led by example despite the chaotic pace of the match, finishing with 19 points off 16 spikes, two aces, and a block. Rookie Genesis Redido added 14 markers, in perhaps his best game of the conference.

The first four sets were a see-saw battle, as the two protagonists tried to make up for their in-game errors. After two dragging sets, both Adamson and UST regained their bearings, splitting the frames and forcing a decider.

However, in the fifth set, the Golden Spikers piled up the points, taking advantage of the Falcons’ errant passing. UST started with an 8-2 lead off a Medina attack, before the skipper also sealed the deal and booked the spot in the last dance.

The mentor added that they will approach their preparation for the championship series by going back to their roots. “Babalik kami sa fundamentals. May mga basic plays kami na nawala for the past four games.”

The battle for gold will be between UST and the winner of the National University Bulldogs vs the Far Eastern University Tamaraws semis series. Adamson will take on the loser in the battle for bronze.

With just one text, Jeric Fortuna finds himself back with his college coach