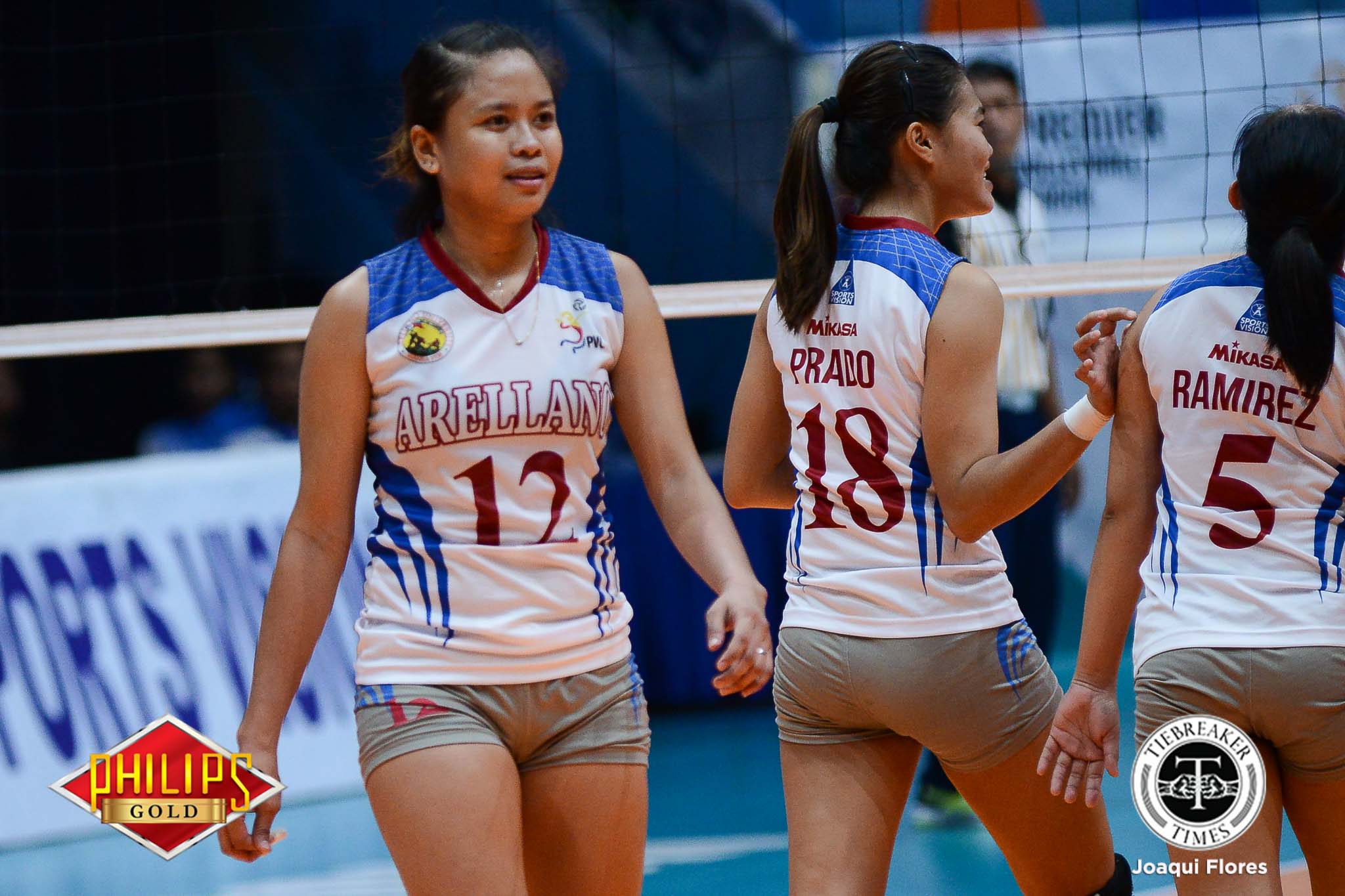 The Arellano University Lady Chiefs displayed the resiliency that led them to the NCAA Season 92 title, outlasting the University of the Philippines Lady Maroons for the last Premier Volleyball League Women’s Collegiate Conference semis seat in Group B, 22-25, 25-10, 25-19, 32-34, 15-3, at the FilOil Flying V Centre.

Going down in disappointing fashion in the first set, skipper Jovielyn Prado knew Arellano would persevere and show their game in the following sets.

Arellano wound up blasting the Lady Maroons in the second and third set, building big leads early from which UP could not recover. The fourth set had a spirited Lady Maroons rally behind winger Justine Dorog, who went down with a knee injury early in the set, and eke out a tight win to extend the match into a fifth set.

UP then lost all their steam in the final frame, allowing the Lady Chiefs to go on a 10-1 tear to start the frame, clinching the match.

Arellano await the result of the final match in Group B between Adamson and San Beda to determine their seeding.

UP had high-scoring duo Tots Carlos and Isa Molde lead the way with 29 and 20 markers, respectively.

The Lady Maroons flunked out of another PVL conference after bowing out of the Open conference two months ago.