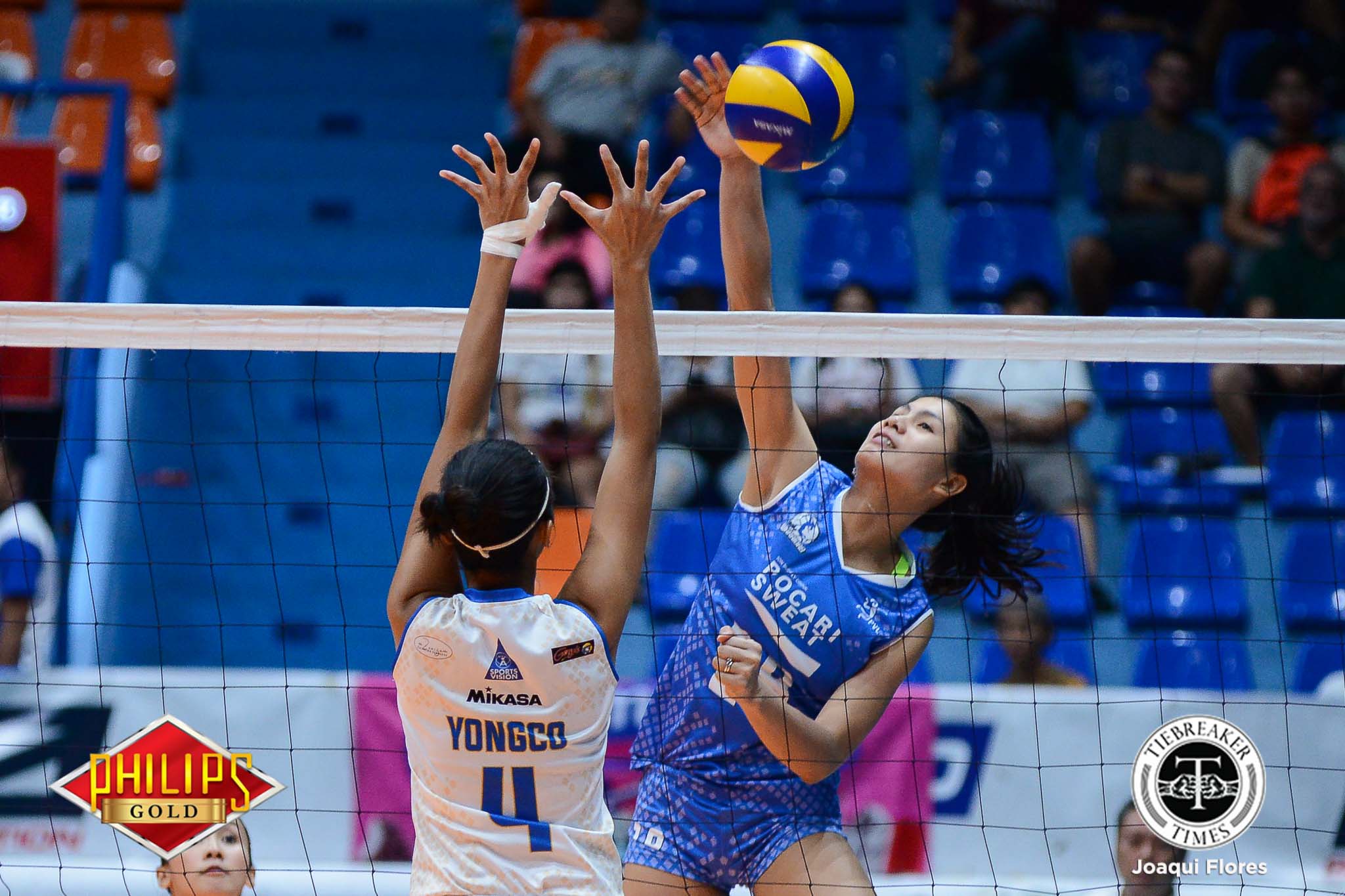 Not new to adversity, the Pocari Sweat Lady Warriors clawed their way out of near-elimination and stayed alive in the Women’s Open Conference semifinals, sneaking past the Hair Fairy-Air Force Lady Jet Spikers, 25-22, 16-25, 23-25, 25-21, 15-12, at the FilOil Flying V Centre.

Coming off a straight-set loss in Game One, the Lady Warriors saw their season flash before their eyes after going down 1-2 in sets in Game Two.

Seeing his squad fall due to a sloppy mis-reception in the last point of set three, Pocari Sweat head coach Sgt. Rico De Guzman urged his wards to show some fight and their championship pedigree.

A rejuvenated Lady Warriors squad entered the fourth set. With Myla Pablo providing the hits, Pocari Sweat quickly took an 8-4 advantage with Desiree Dadang at the service area. Pocari Sweat kept the lead late, with Air Force coming within two, 21-19. Hair Fairy’s own errors, however, slanted their run and gave Pocari Sweat an opening to force a fifth set.

The three-time champions opened the decider with a 7-4 spurt, but the Lady Jet Spikers salvaged one last run. A Dell Palomata block tied the set at 9 and forced Pocari Sweat into a timeout. With their season on the line, Pocari Sweat went to captain Myla Pablo, who delivered three of their last five points to close the match.

The Lady Warriors can move to their fourth straight Finals appearance with a win in the winner-take-all Game Three on Wednesday.