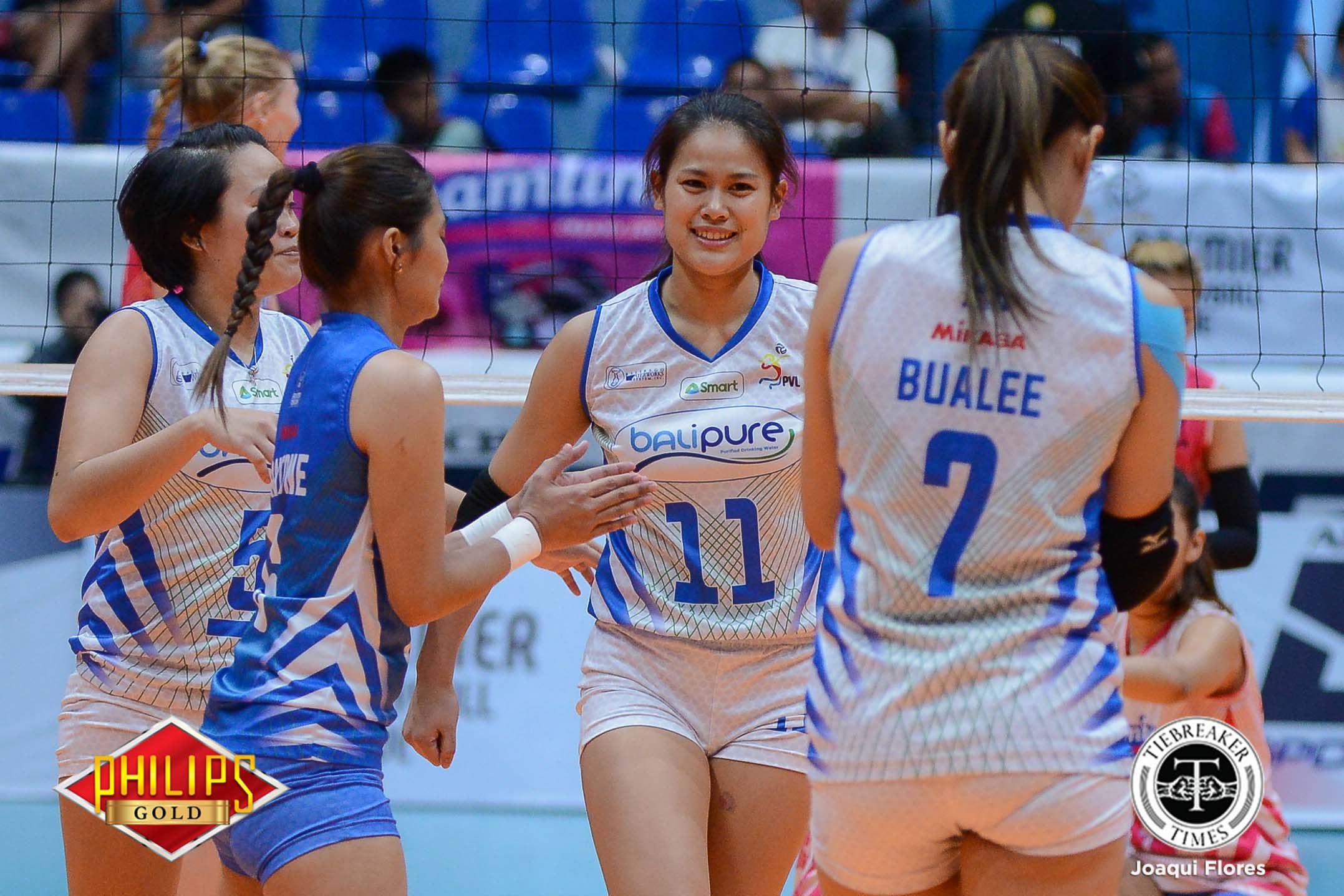 With both teams coming off grueling five-setters last Sunday, the Bali Pure Water Defenders showed greater endurance, outlasting the Creamline Cool Smashers in another match that went the distance, 20-25, 25-23, 19-25, 25-18, 15-17, in the Premier Volleyball League Reinforced Conference at the FilOil Flying V Centre.

Relief was Bali Pure head coach Roger Gorayeb’s biggest takeaway after the match. His squad had clinched a seat in the top two and an outright semifinals berth.

The Water Defenders can now take a break after playing nearly every game day for two weeks.

“Malaking bagay ‘to kasi makakapgpahinga na kami. Pagod na talaga ang mga players. Ngayon, at least, may chance kami to recover because we won’t have to play in the quarterfinals. That’s big for our team,” said Gorayeb.

After trading wins in the first two sets, Bali Pure made the most of their momentum heading into the fifth set, going on a 6-1 run that pushed them to a 12-6 lead. From there, Jeng Bualee and Grethcel Soltones put the finishing touches on the match.

“Everyone played well. When there were times that the starters weren’t playing well, my bench players stepped up. That was big for us,” added Gorayeb.

The Water Defenders have clinched a top two seed with their 7-2 record. They play the Perlas Spikers on Thursday.