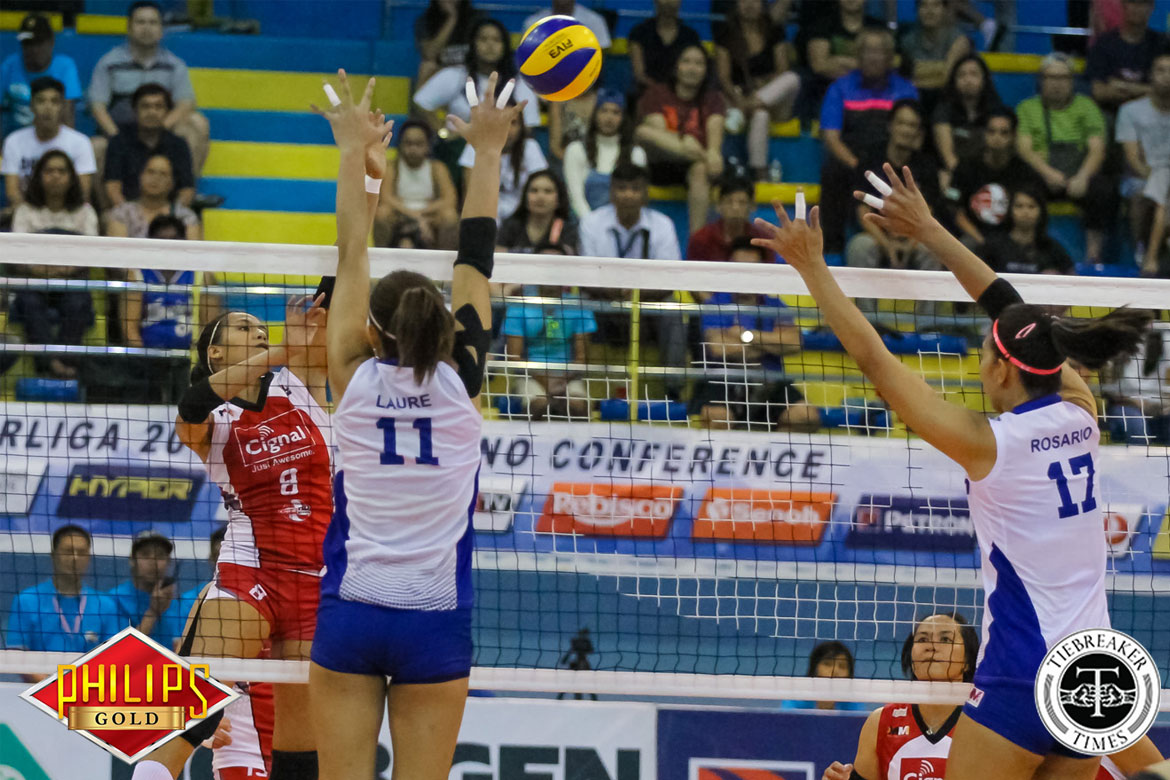 In a stark contrast to their loss to F2 Logistics last Thursday, Cignal found their groove early in the match. Aggressive floor defense and serving pushed the HD Spikers to an insurmountable 16-10 first set lead, then anchored a 9-2 second set run that gave them a 19-13 lead.

Cignal slowed down in the third set, allowing Foton’s offense to get set. Hits from Jovelyn Gonzaga and Royse Tubino kept the HD Spikers at a tie with Foton, 20-all, before the Foton pulled clutch transition kills from Ej Laure and Jaja Santiago to seal the set.

The steady trade of attacks wore into the fourth frame with Foton taking their final lead of the match, 14-13. From there the HD Spikers pounced on every Foton miscue and took a commanding 22-14 lead. With Cignal at match point, 24-18, Foton threatened with a late 4-0 run before Gonzaga put the final touches on their season with her signature cross-court smash.

Cignal managed their best finish in one of the PSL’s two major conferences since making the Finals in the inaugural season.

Two-time Grand Prix champions Foton suffer their worst finish to a conference since finishing fourth in the 2015 All-Filipino Cup.