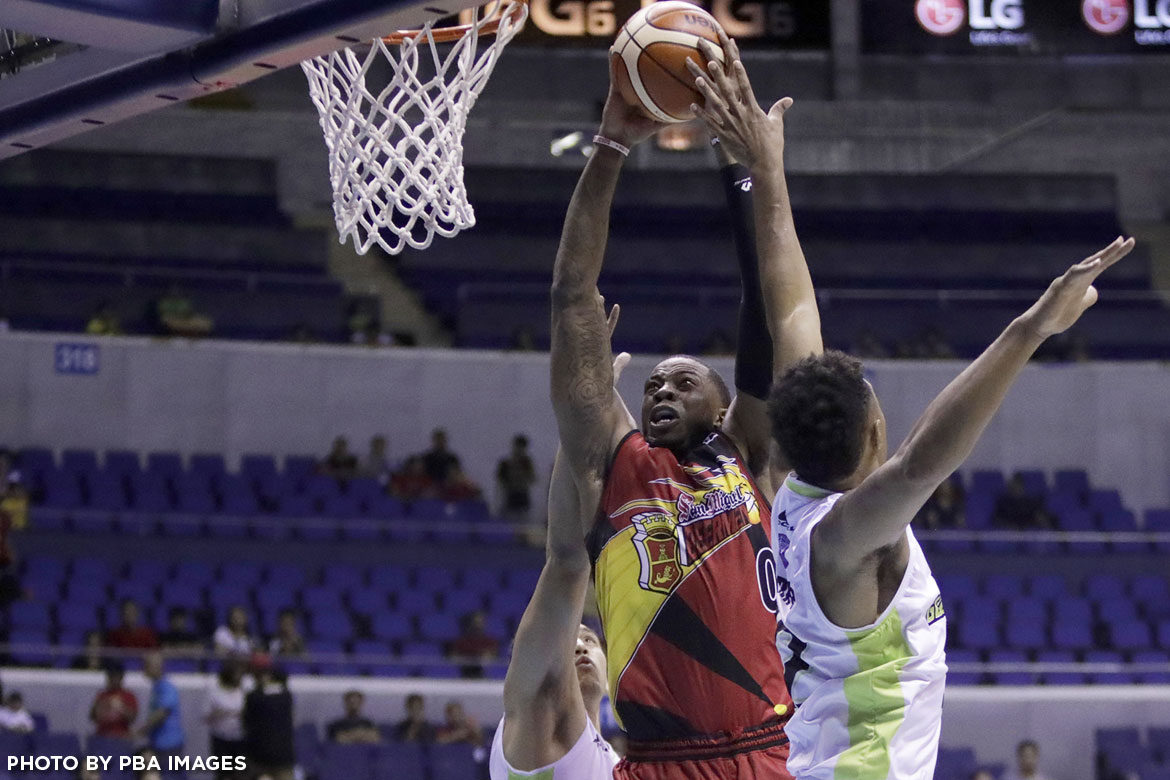 The San Miguel Beermen were the first team to clinch a twice-to-beat advantage for the 2017 Commissioner’s Cup playoffs as they downed the Globalport Batang Pier, 112-101, Friday night at the SMART-Araneta Coliseum.

The Beermen ended the eliminations with a three-game winning streak for a 9-2 card, and they might even finish as the number one team heading into the playoffs if Ginebra lose to Mahindra later tonight.

“Finally we were able to solve our first quarter problems in our last five games. We’re the one who set the tone, and I’m happy that the players responded,” lauded San Miguel head coach Leo Austria in the much-needed win.

Charles Rhodes led San Miguel with 34 points, 19 coming from the final period alone, with five boards and a block. He also committed just two fouls in the contest, far from the 4.8 fouls he incurred prior to Friday night.

San Miguel erected a comfortable 15-point cushion, 93-78, after a Marcio Lassiter trey with 6:58 to go in the final frame, but the Batang Pier threatened as they closed by seven, 101-94, after Terrence Romeo lay-up with 3:28 left.

However, Rhodes and Ross came up big for the Beermen through a lay-up and a wing triple, respectively, to send their side up by 12, 108-96, with 1:18 left; a lead that proved to be insurmountable for the Batang Pier.

“They know that we cannot take this team for granted dahil nandoon yung sense of urgency nila,” added Austria in the win.

June Mar Fajardo, who was battling a stiff neck, provided 15 points and eight boards for San Miguel, while Alex Cabagnot had a double-double of 13 points and 10 rebounds.

Justin Harper led Globalport with 25 points on 48 percent shooting and 12 rebounds in a losing effort, which sends their card to 4-7. Romeo and Stanley Pringle had 21 points apiece on a combined 20-of-40 shooting.

SMB shot 54 percent from the floor. They also forced Globalport to 15 miscues, and converted it 17 markers. The Batang Pier though won the boards slightly, 46-42.

With Globalport’s loss, Phoenix Fuel Masters (4-7) have taken the seventh seed for now. But Phoenix’s and Globalport’s status, along with Alaska (4-7), are still hanging as they still have to wait the result of the Ginebra-Mahindra clash.