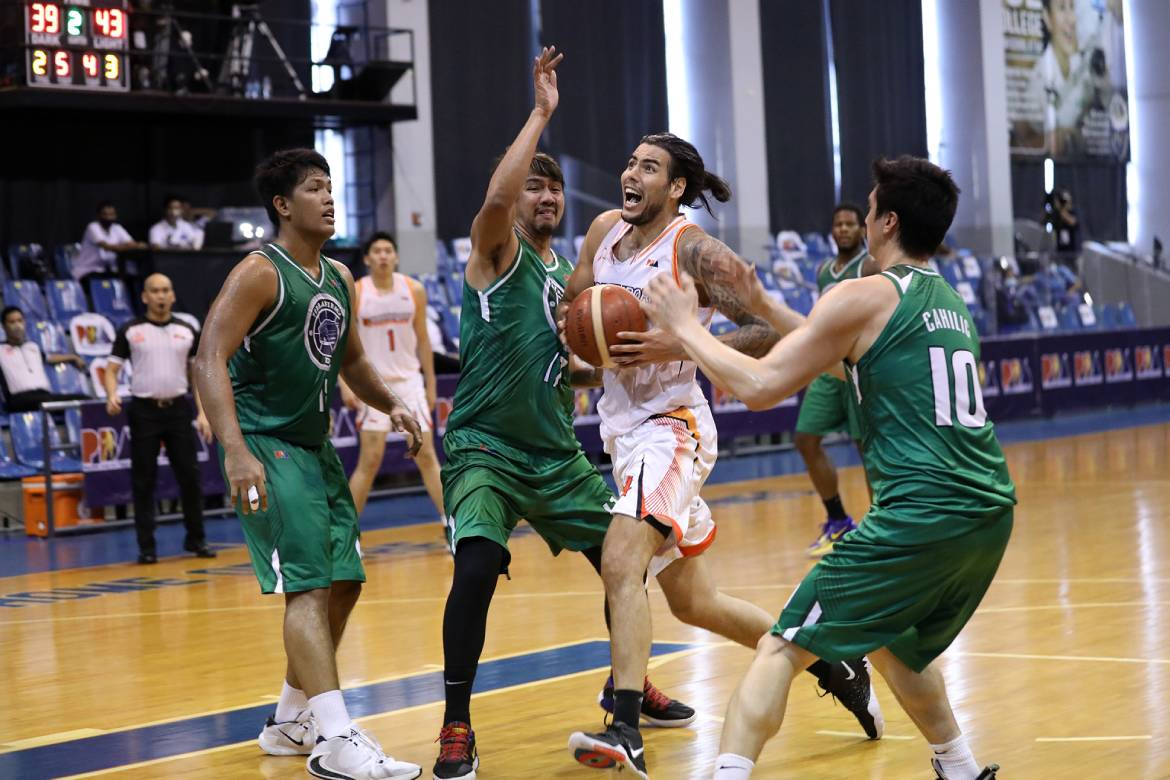 NorthPort pulled away late to get past Terra Firma, 107-96, to finally earn its first victory in the 2020 PBA Philippine Cup Saturday at the SMART 5G-powered Angeles University Foundation Sports and Cultural Center in Pampanga.

Rookie point guard Renzo Subido proved his worth, spearheading the breakaway together with veteran forward Kelly Nabong to steer the Batang Pier to their breakthrough victory after four failed attempts.

The 5-foot-9 floor general out of University Santo Tomas began to take the lead for NorthPort with less than five minutes remaining in the game, converting a three-point play to widen his side’s cushion six, 92-86.

Subido would then connive with Nabong afterward as they hit four consecutive three-pointers towards a 104-90 lead with 1:39 left to play, which proved to be the flurry of punches that brought the Dyip down and out.

Nabong, meanwhile, went 4-of-6 from beyond the arc en route to finishing with 18 points, which is his best output this season thus far. The 6-foot-5 bruiser also collected eight rebounds in over 27 minutes.

Christian Standhardinger top-scored for NorthPort with 23 points, on top of 12 rebounds and five assists as he bounced back from a seven-point outing in their game versus NLEX last Wednesday.

Garvo Lanete made 14 points, while Paolo Taha chimed in 12 markers as the Batang Pier pulled through despite having just 11 men — do-it-all forward Sean Anthony sat out due to an injured right hamstring.

The loss wasted the season-best outing of rookie Roosevelt Adams, who finished with 19 points on five treys on top of eight rebounds. Juami Tiongson was the only other player to score twin digits with 14.