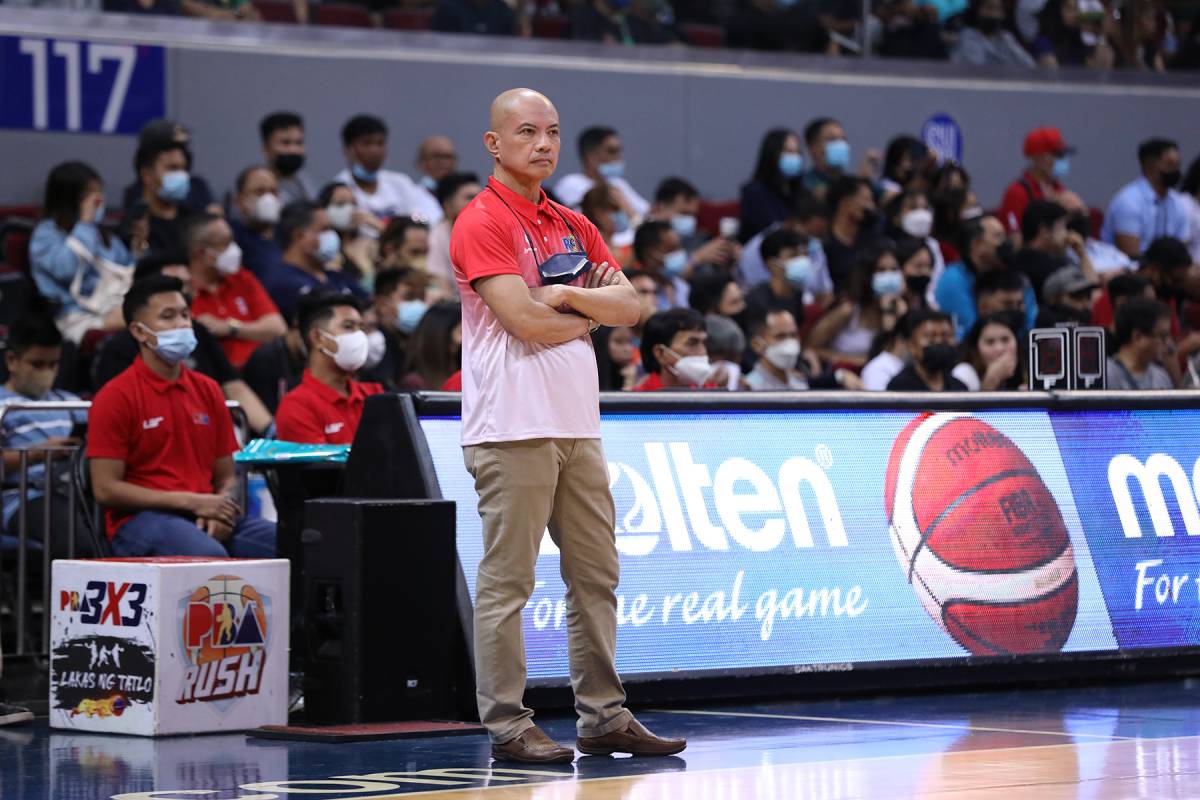 It may take some time to get used to.

Yeng Guiao admitted that he’s yet to acclimatize completely in his homecoming to Rain or Shine after spending over half a decade with NLEX.

“I haven’t fully adjusted yet,” he bared.

Six years is definitely a long while, thus the difficulty on the champion mentor’s part as the Road Warriors was, undeniably, a house he helped build.

“You coach a team for six years, you’re not going to be able to wean yourself away from that for some time,” said Guiao, who coached NLEX from 2016-22.

Or rather, a home he helped build as the players, the coaches, and the staff he had bid goodbye to continue to hold him in high regard.

Proof of which was in their PBA Commissioner’s Cup debut last week, as all of NLEX made sure to greet him before tip-off of their match.

“It’s a show of, as I said, our bond together,” said Guiao, who led the MVP Group-owned franchise to two semifinal appearances.

“All of them came to greet me and wish me bad luck so they can win. I guess that’s the reason they came over,” he added with a grin.

But the kind of familiarity he has and the relationships he’s built with Rain or Shine are what make the transition easier for him.

“Since I’ve been here before in Rain or Shine, that makes it easier for me,” he said. “I’m very close to the owners, the management.

“The fans who are cheering for us, they were the same fans six years ago. So again, that’s an easy adjustment,” added Guiao.

“The young guys who are now in the team are just welcoming me with open arms. So it makes it easier — the adjustment, the transition.”

That showed against Ginebra on Wednesday, where RoS dealt the crowd darlings a 93-70 beating to break through in the mid-season conference.

The victory, according to Guiao, serves as a consolation after failing to beat his former team, aside from it coming at the expense of the dreaded Kings.

“Sayang lang, hindi ko tinalo ‘yung NLEX. Sana, tinalo. Para kasing sarili ko kalaban ko ‘ron eh,” he quipped. “I have a really strong bond with the team, with the coaching staff, with the players, with the management.

“And, I still feel for them. I want them to be successful, but at the same time, I want to beat them,” added the owner of seven PBA championships.

“So, this is one way to, maybe, give me some consolation from that loss.”