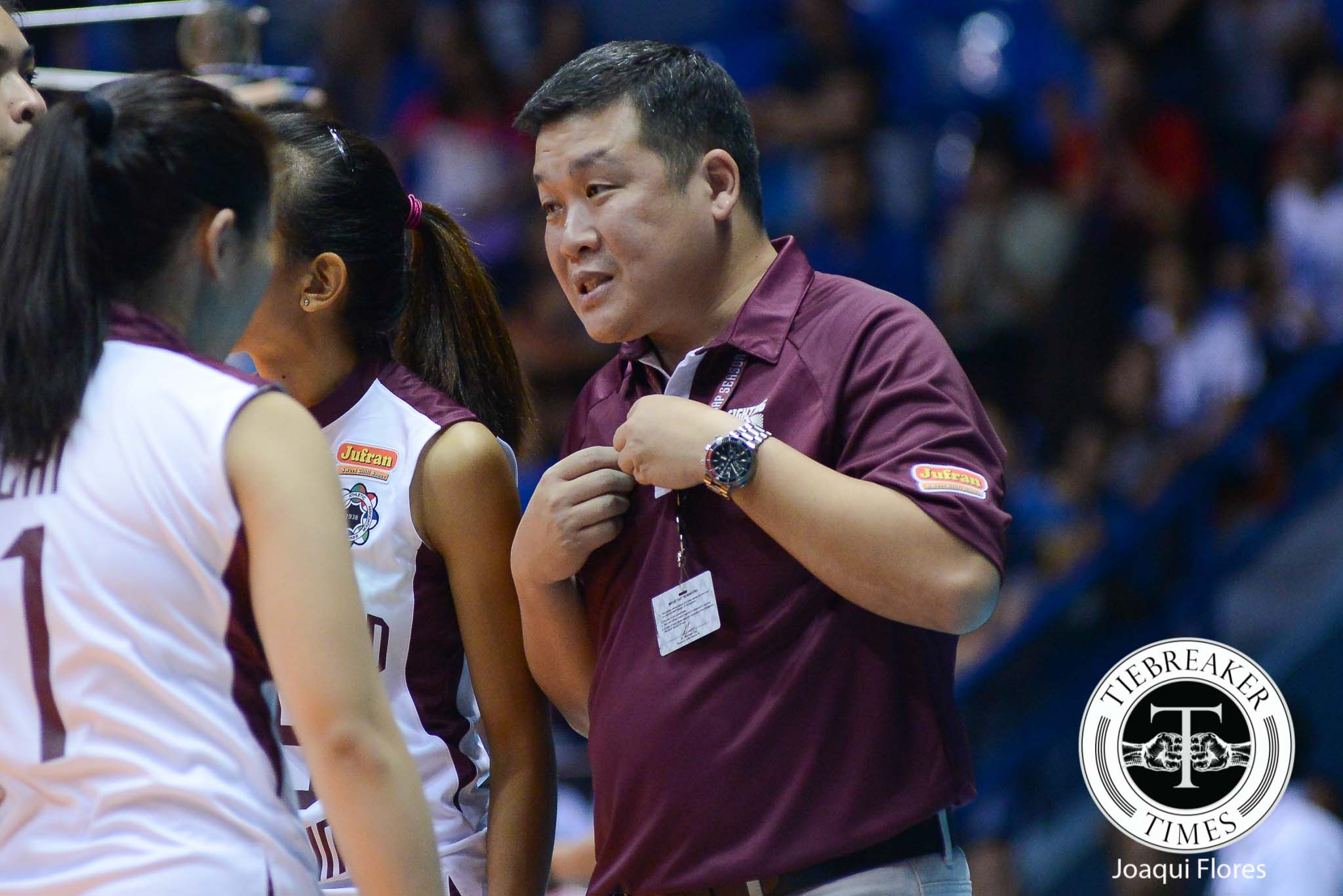 The University of the Philppines Lady Maroons are on the brink of history. Their combination of hungry veterans and wide-eyed blue chip recruits played marvelously into the Holy Week break, leaving UP with a 7-4 record and within a game of making its first Final Four appearance since 2003.

However, the Lady Maroons melted at their first opportunity. Against the self-combusting National U Lady Bulldogs, UP was bent out of their usual fiery form. NU took the fight out of UP right from the first point.

Yee felt that nothing really surprised his team, but he also thought they didn’t rattle NU’s nerves at all.

“Kalmadao sila (NU). At the same time, hindi naman kami nagbigay ng reason for them to break down. ‘Yung problem nila (NU) this season hindi nag-manifest, they played calm. Kudos to them.”

Still, Yee is cautiously positive with his chances. With two matches left, the Lady Maroons can negotiate valuable leg room between them and the rest of the pack with a win in their following matches.

A win against Far Eastern University on Sunday at the FilOil Flying V Centre vaults them into the postseason.

“The goal is always there. We pinpointed before the season that we wanted to reach the Final Four. And once we get there, titignan natin kung hanggang saan ang kaya natin laruin. Thankfully we still have two chances.”

Soriano on being both athlete and organzier for BVR

UAAP Women’s Football Tournament: Points of Discussion Ahead of the Business End