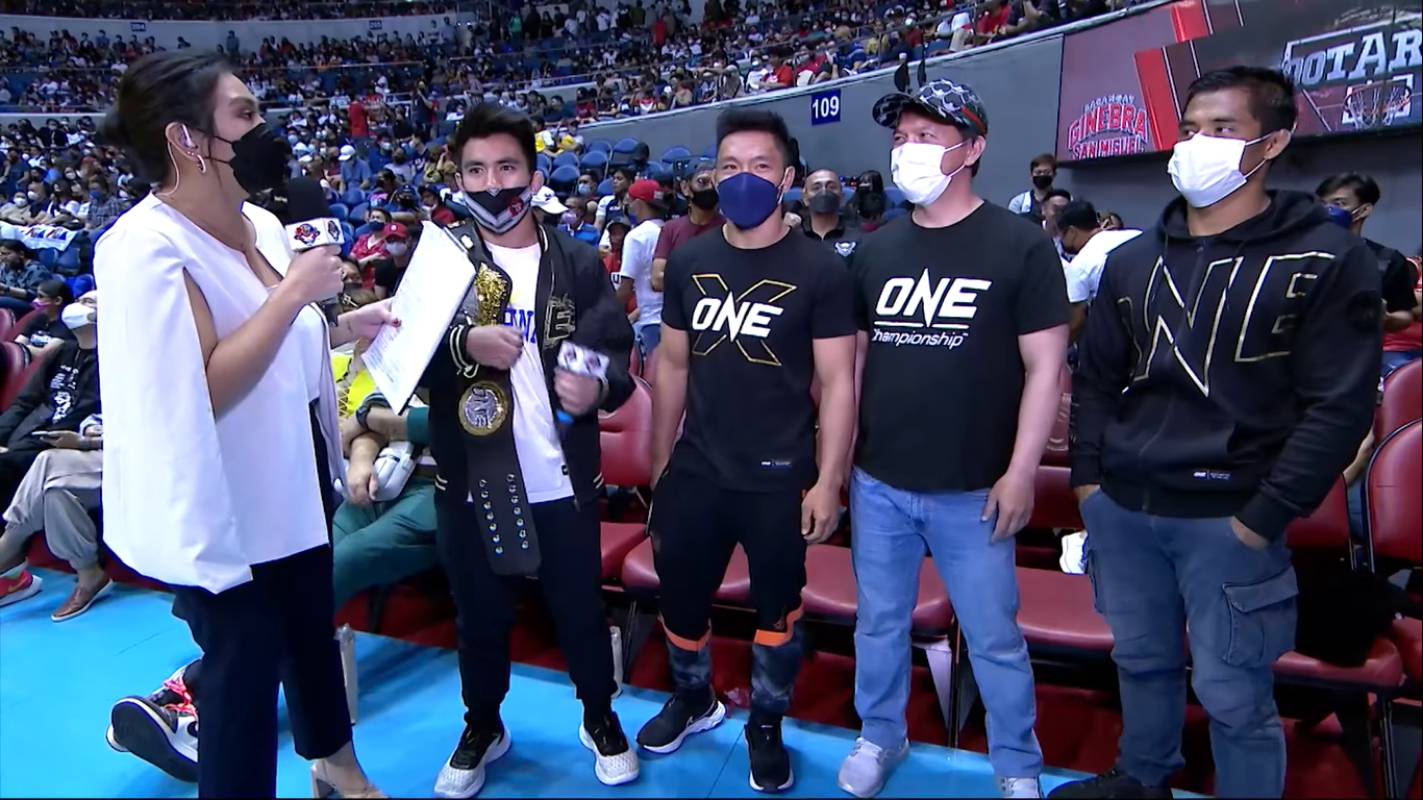 The stars of Team Lakay took some time away from their rigorous training schedule to join the 17,928 fans in attendance at Game 4 of the PBA finals between Barangay Ginebra and Meralco.

“We came in there as one family with different teams, and we walked out the same team, the same family, whoever [ended] up winning,” Sangiao said.

Sangiao bared that he’s been a longtime fan of Ginebra – considered the most popular ball club in this basketball-crazy nation – and he even placed a friendly wager on the outcome with his students.

The Team Lakay mentor and Adiwang were on Ginebra’s side, while Pacio and Loman sided with Meralco, and with the crowd-darlings tying the series at two apiece, the latter will now have to foot the dinner bill.

They also took the spotlight in the halftime show, discussing the upcoming ONE World Title eliminator clash between top-ranked strawweight Bokang Masunyane and no. 2-Jarred Brooks at ONE: Eersel vs. Sadikovic on 22 April.

Pacio reiterated his readiness to take on whoever wins the bout, confident that the work he’s been putting in while waiting for the next challenger will pay off.

#ReadMore  Jayjay Helterbrand rides off into the sunset

“As a champion, our job is to defend the belt. Whoever wins in that match, they truly deserve it – and I’ll be ready for them,” Pacio said in the aforementioned interview.

“Right now, I’m reviewing their strengths and weaknesses. Both of them, we watch, study and review. Now, I’m also working on my strength, focusing on drills and sharpening our fight IQ.”

Watch ONE: Eersel vs. Sadikovic on One Sports and One Sports+ on Friday beginning with the lead card at 5 p.m. The main card broadcasts live at 8:30 p.m.

The full event stream will be available on ONE’s YouTube channel, the ONE Super App, and the ONE Championship Tagalog Facebook page.

5 Teen Fighters Who Won Their ONE Championship Debuts