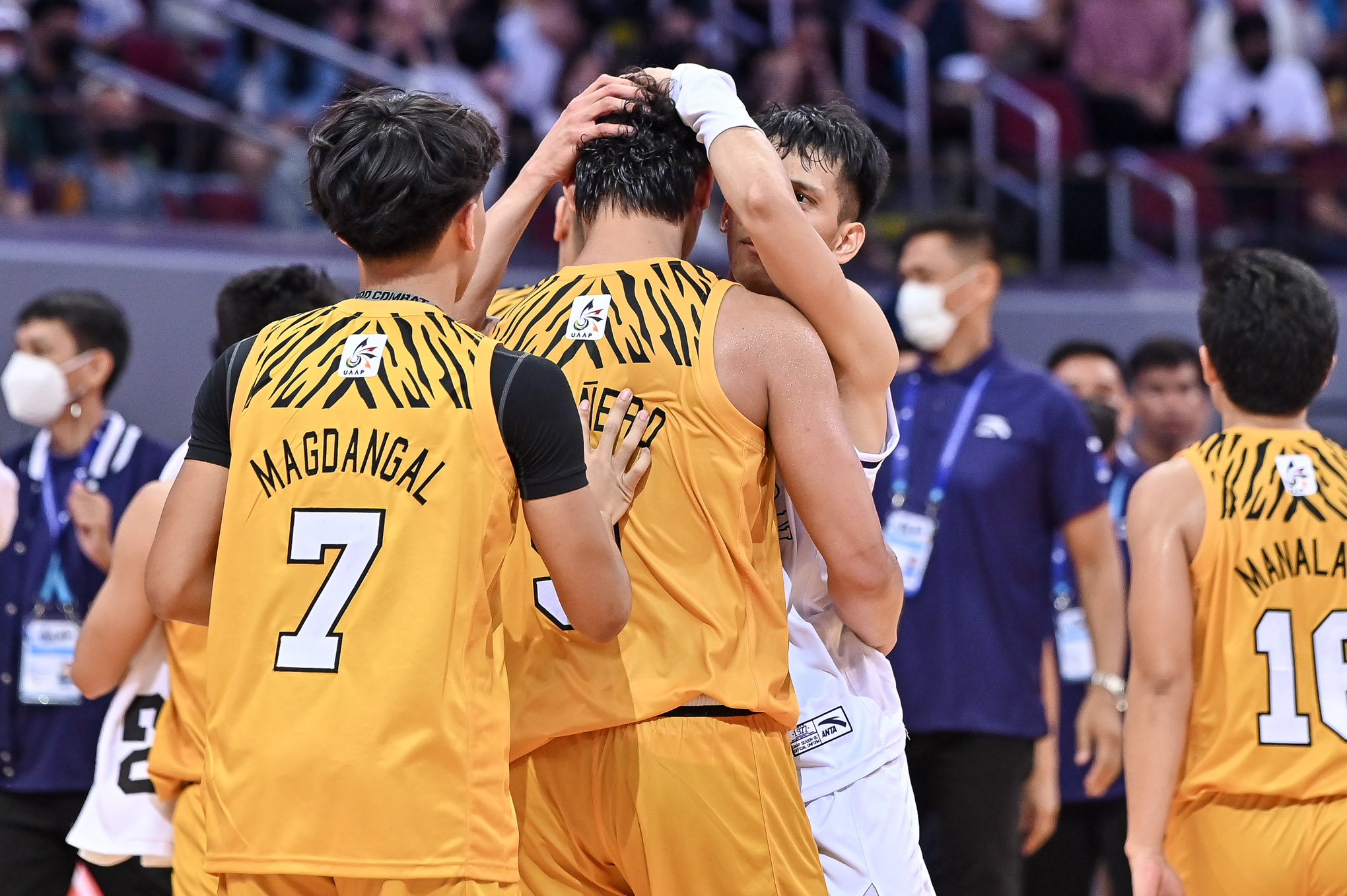 Jerom Lastimosa was one of the stars during the 84th season of the UAAP, leading the men’s basketball tournament in points after the elimination round.

He averaged 14.71 points in 14 outings – a point over RJ Abarrientos, still at Far Eastern University then.

And with that stat, Lastimosa has just become a marked man for the whole league this Season 85.

The 5-foot-10 combo guard felt that right away in Adamson University’s first game, a 69-60 loss to gritty University of Santo Tomas on Saturday at the SM Mall of Asia Arena

Lastimosa was limited to just 10 points on 4-of-11 shooting from the field but he grabbed five rebounds and dished out four assists. 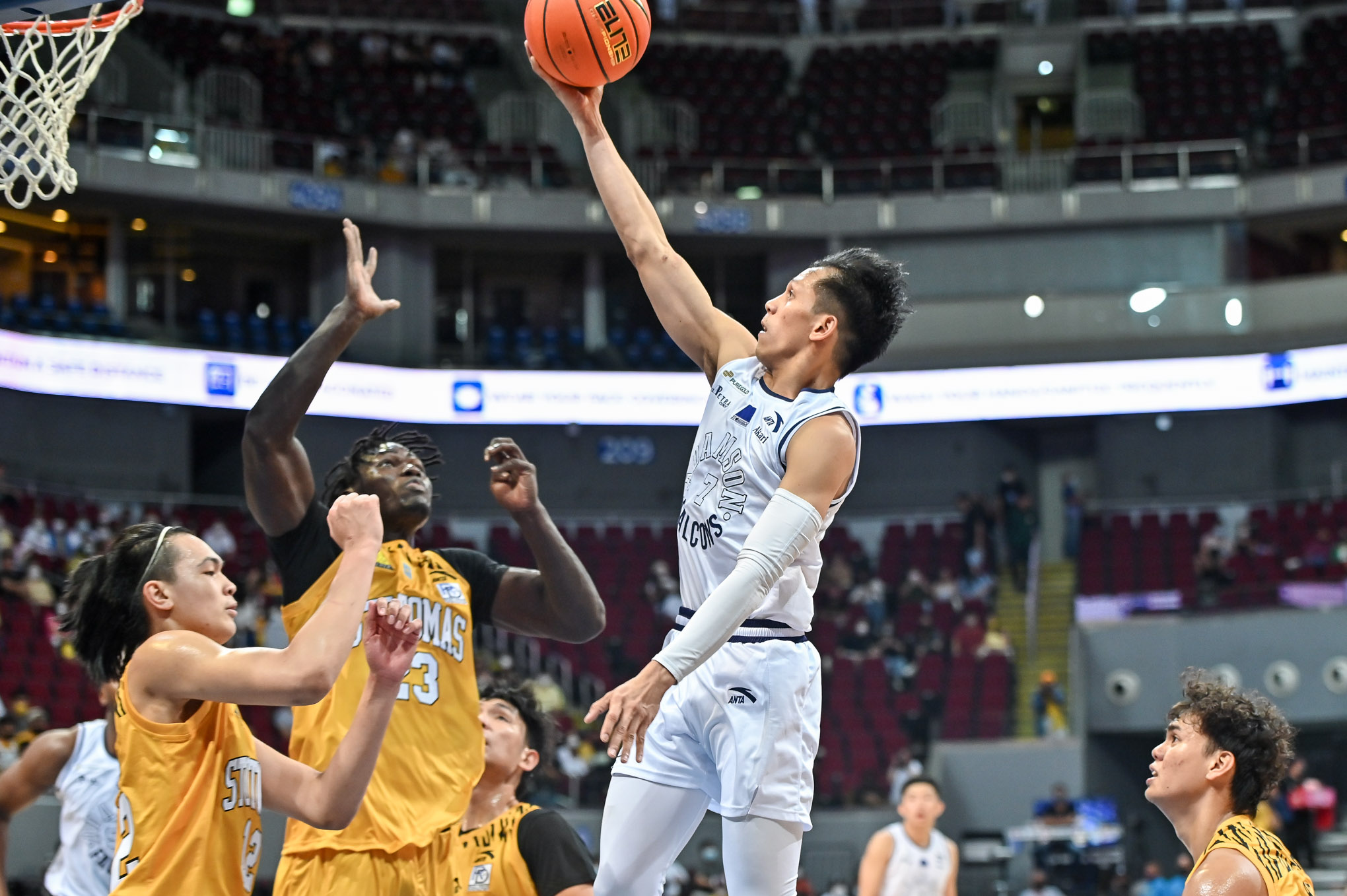 “UST played well. They had a great game plan. They really made it hard for us, especially Jerom. That’s something that we will see a lot more during the tournament,” said Soaring Falcons coach Nash Racela in the postgame interview.

“The things that they did, we talked about it that they will really force Jerom to give up the ball.”

But the pride of Dumaguete has been doing the right things, according to Racela. He’s not forcing his shots; instead, he was finding his teammates.

And now, the chip has passed on to the other Adamson players to bury the shots that matter. 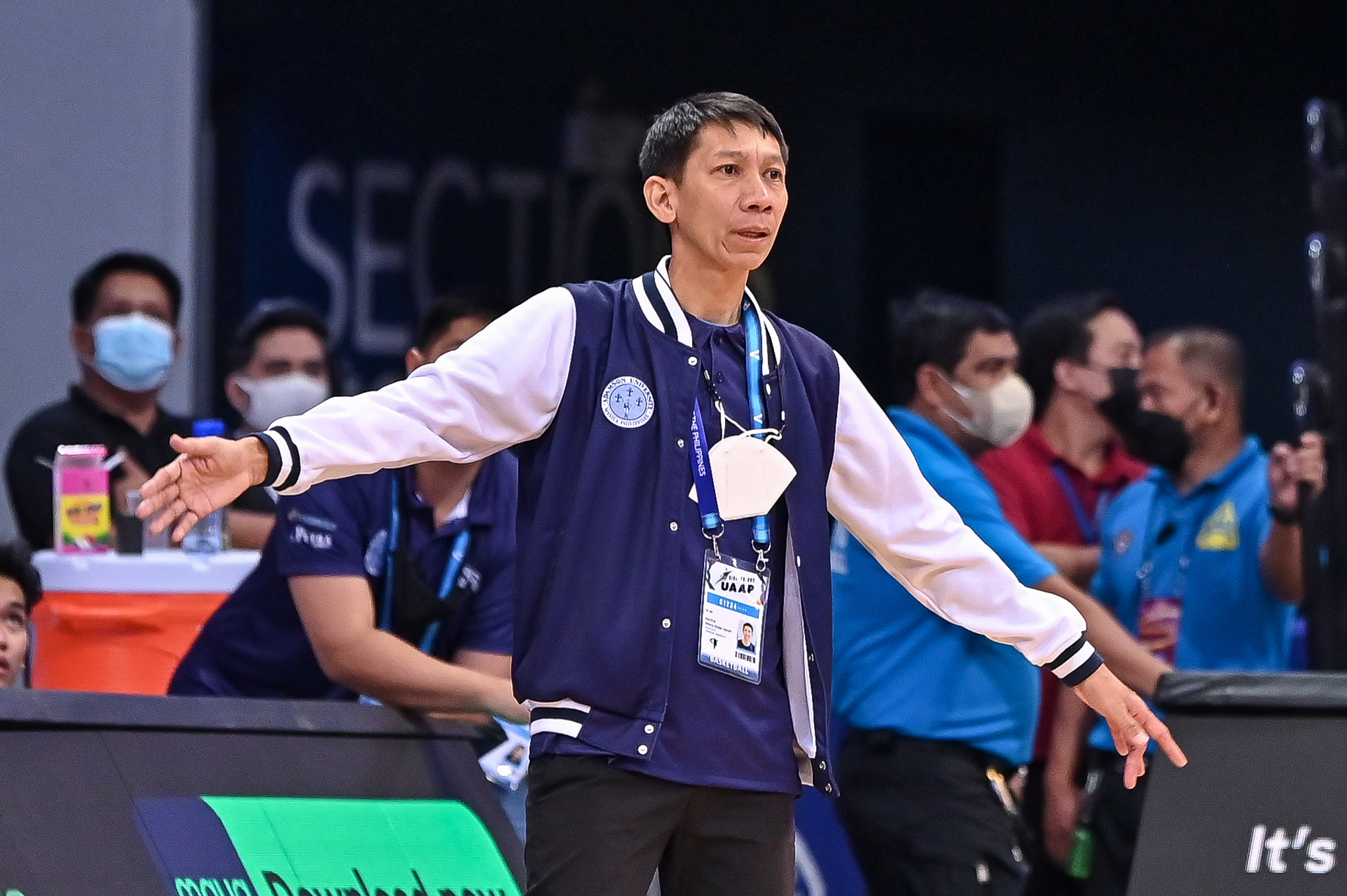 “I really feel si Jerom has been doing the right things, giving up the ball kapag kinakailangan,” added the second-year Soaring Falcons coach.

“Now, it’s up to the other guys to really step up to the plate and face the responsibilities head on. They don’t really have a choice.”

Lenda Douanga and Joshua Yerro led Adamson with 13 points apiece. On the other hand, Didat Hanapi had 10 points on poor 4-of-13 shooting. Joem Sabandal was also held to just 2-of-11 clip from the field, to finish with just nine points.

“Again, It’s more on the other guys contributing. We just have to deliver.”