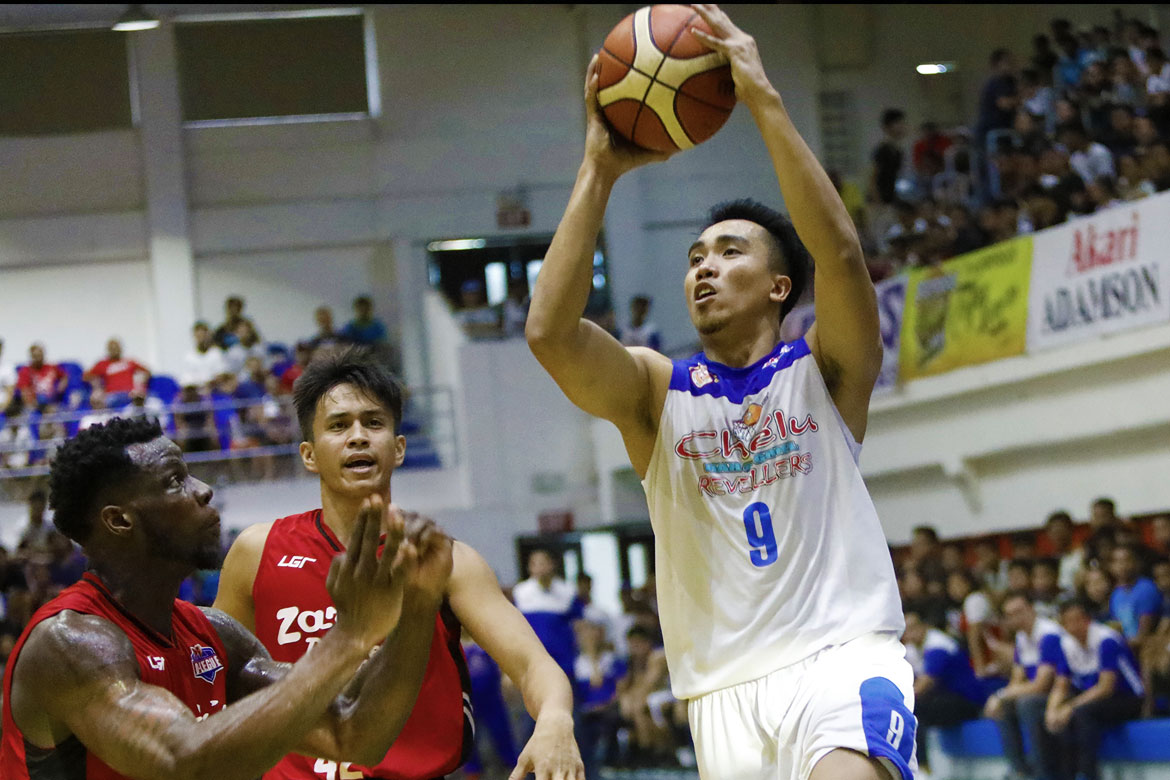 The Che’Lu-San Sebastian Revellers once again went to their veterans, pulling off a 107-103 stunner over the Zark’s-Lyceum Jawbreakers to take Game 1 of the 2018 PBA D-League Aspirants’ Cup Finals, Tuesday evening at the Pasig Sports Center.

Samboy de Leon propelled the Revellers to the victory with his 18 points on a 4-of-5 shooting from threes, none bigger than his go-ahead trey that gave his side the 104-101 lead with 1:19 left on the clock. He also had five rebounds and three assists in the win.

Alfred Batino also contributed 17 markers and 10 boards, while Michael Calisaan added 15 points and 12 rebounds, including his huge undergoal stab with 28.8 seconds left that took the fight out of the Jawbreakers, 106-103.

The Jawbreakers still had their chances late, but MJ Ayaay and Spencer Pretta could not hit their long bombs, as Allyn Bulanadi iced the game with a split from the free throw line and Ryan Costelo locked in the win with a steal in the ensuing possession.

Che’Lu-San Sebastian took Game 1 despite losing leading scorer Jeff Viernes to GlobalPort and have inched closer from winning the crown. A huge reason for that was the Revellers crashing the boards, as they out-rebounded the Jawbreakers, 60-48.

Leading Most Valuable Player candidate CJ Perez was shut down, going only 3-of-11 from the field to wind up with eight points, seven rebounds, and seven assists.

Game 2 is on Thursday at Ynares Sports Arena.