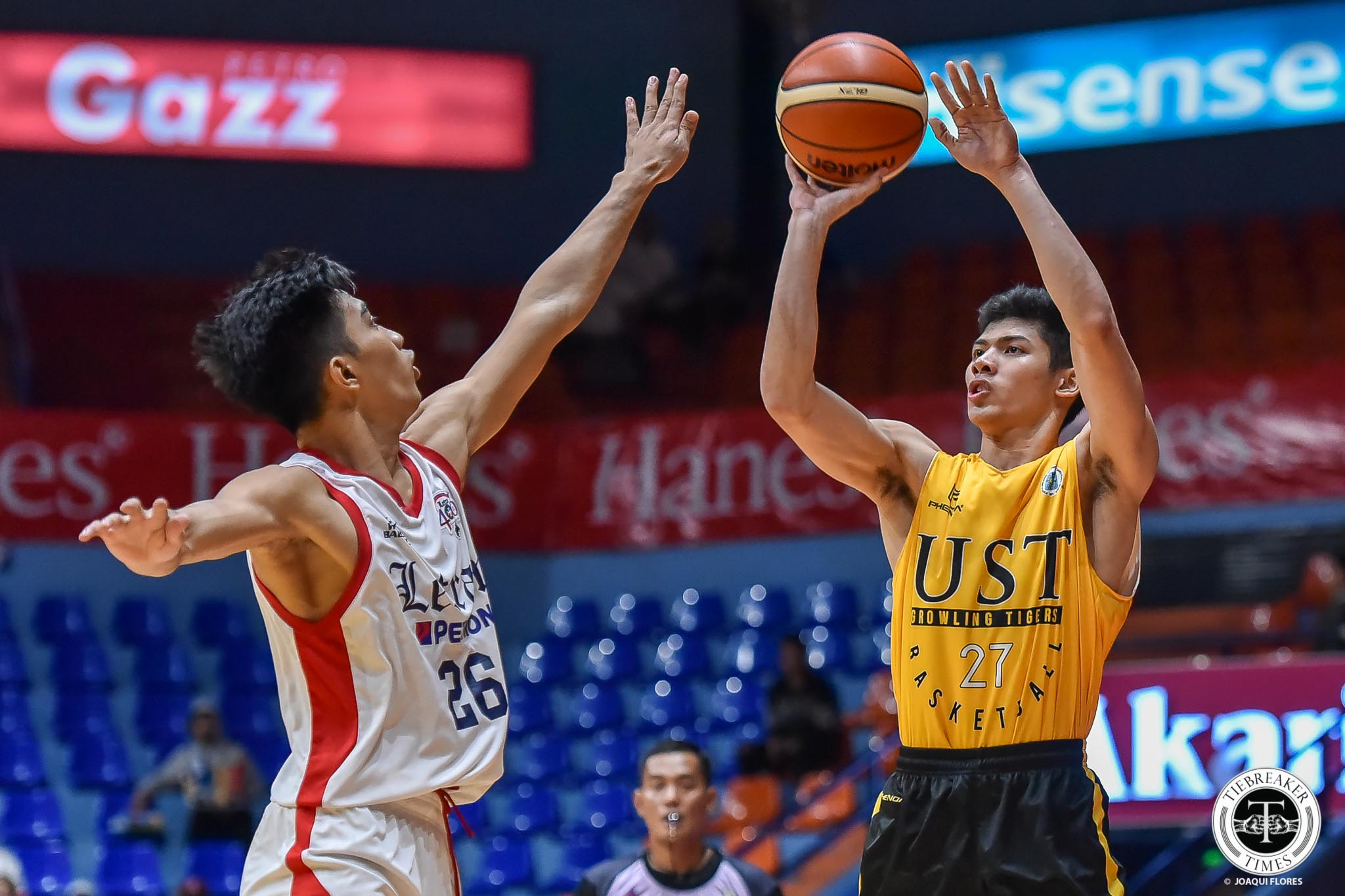 Already up 26-17 to end the opening stanza, the Growling Tigers unleashed a huge 29-point second quarter while limiting the Knights to just 11 points to put the game away for good.

UST’s lead would go up to 39 points, 89-50, after a basket from former DLSU Green Archer Christian Manaytay.

Things got chippy in the endgame that saw UST’s Mark Nonoy, Ira Bataller, Ian Herrera, and Manaytay all foul out.

Kurt Reyson and Pao Javillonar had 12 points each for the Knights. Fran Yu was still rusty, finishing with just 10 points on 3-of-10 shooting to go along with seven turnovers.

Jeff Napa was the designated head coach of Letran as Bonnie Tan was not in attendance.