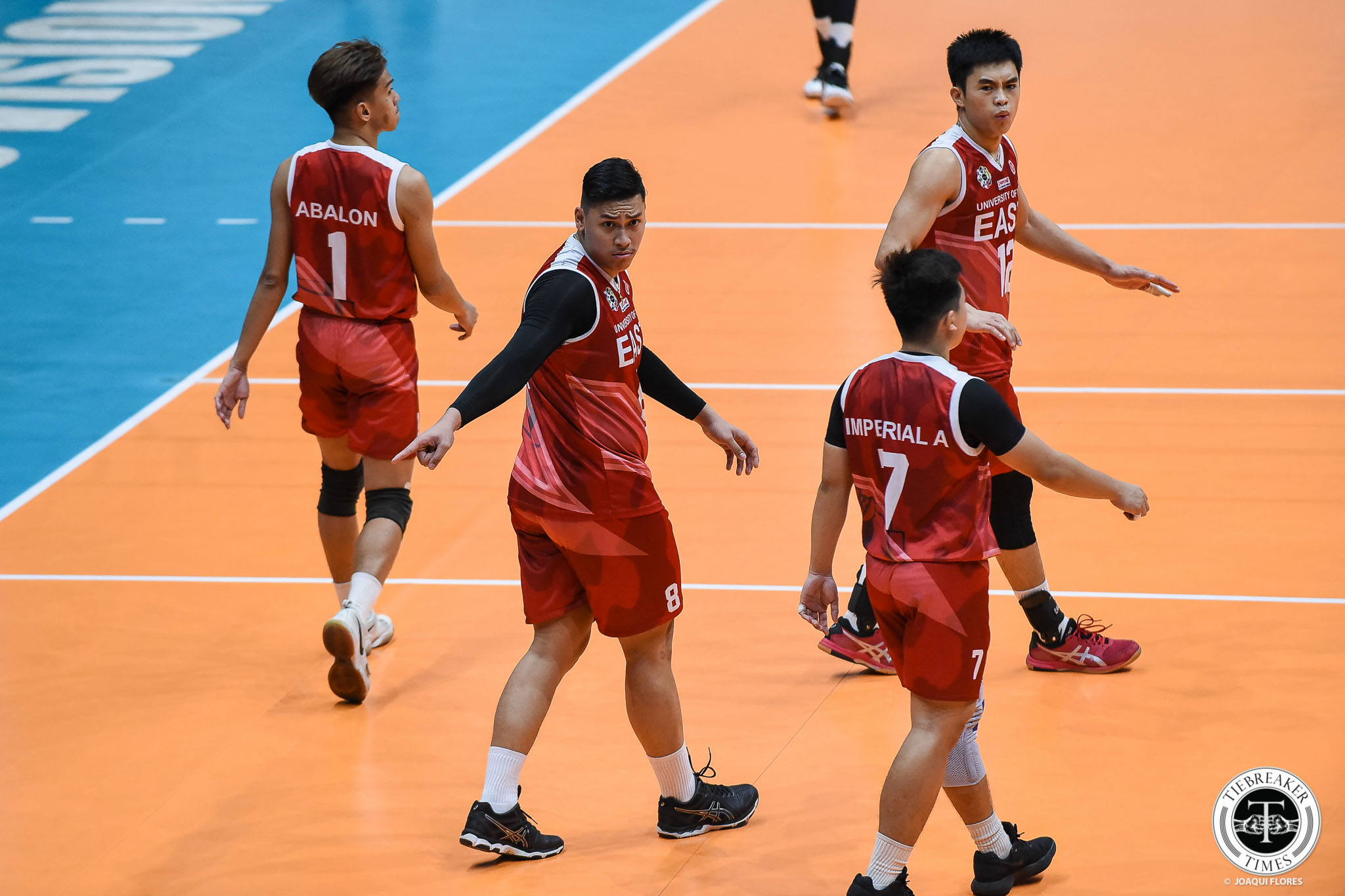 It was such a rare occurrence that no one from the University of the East side could remember if it had happened before.

UE needed all the effort from athletic middle blocker Lloyd Josafat to outlast UST in the fifth set. Losing a 13-10 lead, the Red Warriors outclassed UST in the deuce thanks to back-to-back game-winning blocks from the rookie.

Turing also lauded his players’ determination to end their five-game losing streak. The Red Warriors ended the first round with a 2-5 record.

UST played without starting open hitter Joshua Umandal, who was out due to an illness. Manuel Medina topped the Tiger Spikers with 30 points, while middle blocker Jayvee Sumagaysay added 17. UST surrendered a season-high 50 errors to UE’s 34

UST’s bid for a Final Four spot took a hit as they close the first round with a 3-4 card, half a game behind fourth place Adamson (3-3).