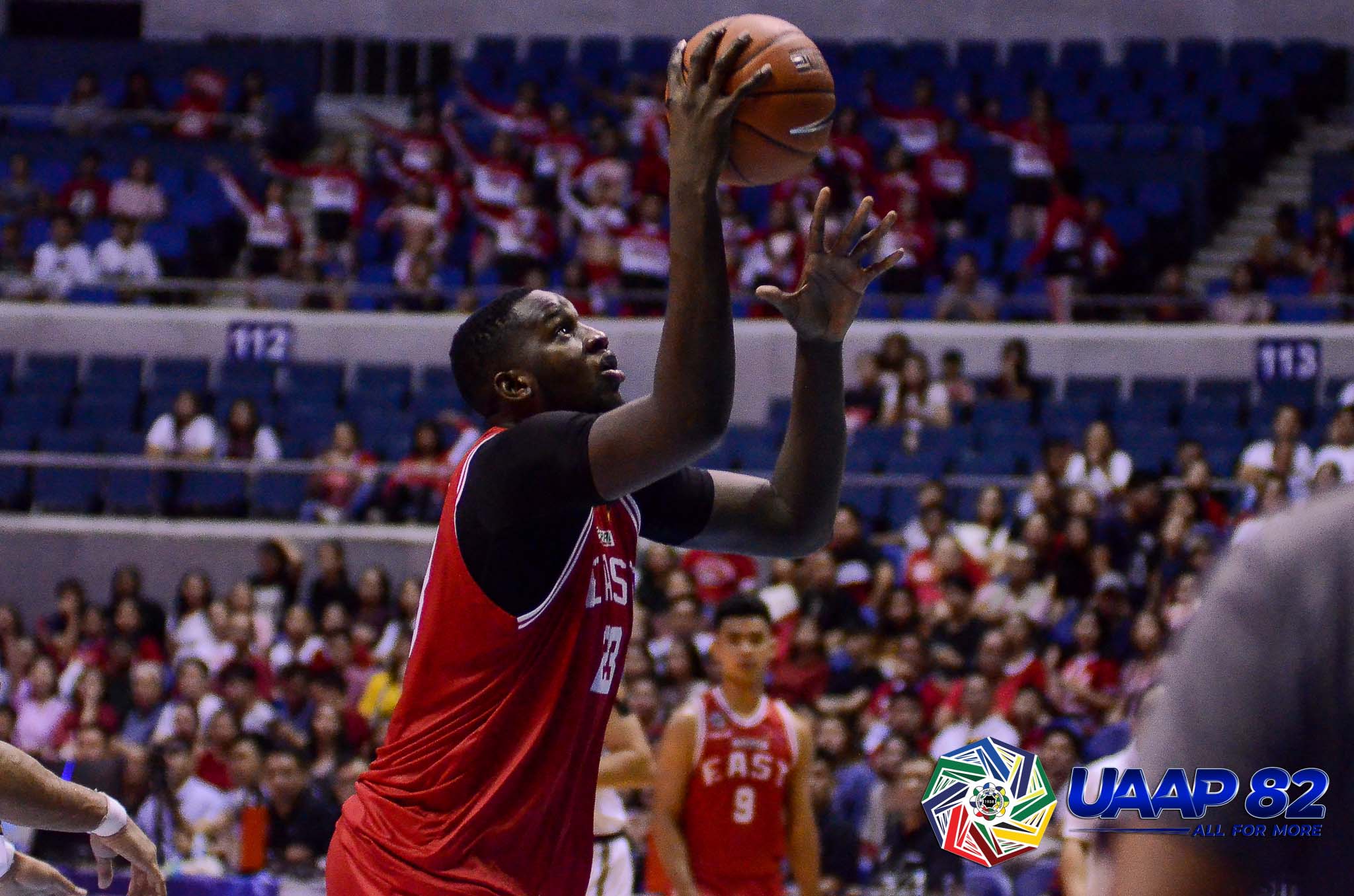 The University of the East Red Warriors rode on the broad shoulders of Alex Diakhite to score the 78-72 win over the National University Bulldogs, Sunday in the UAAP Season 82 Men’s Basketball Tournament at the Smart Araneta Coliseum.

The Cameroonian slotman was a beast inside the paint, nabbing 22 points, 13 rebounds, three steals, three blocks, and two assists.

Diakhite’s imposing presence was largely why the Red Warriors averted a meltdown after leading by 13, 60-47,. He also helped them survive the Bulldogs’ late rally that cut the lead down to just one, 69-68, in the final 3:26.

It didn’t take long before the others followed suit, with Neil Tolentino, Rey Suerte, and Nick Abanto conspiring for UE’s 9-4 finale.

Philip Manalang also posted a season-high 13 points, on top of his seven assists and four boards as he got things done early for UE in their 16-4 start.

It was a sweet feeling for the Red Warriors. They not only snapped a two-game losing skid, but can also look forward to the second round out of the cellar with their 2-5 record.

On the other hand, Patrick Yu captained NU with 17 points on a 3-of-6 three-point shooting. Shaun Ildefonso got 11 points and six rebounds in the defeat.

Dave Ildefonso was limited to a 3-of-13 shooting to wind up with just six points for the 1-6 Bulldogs.