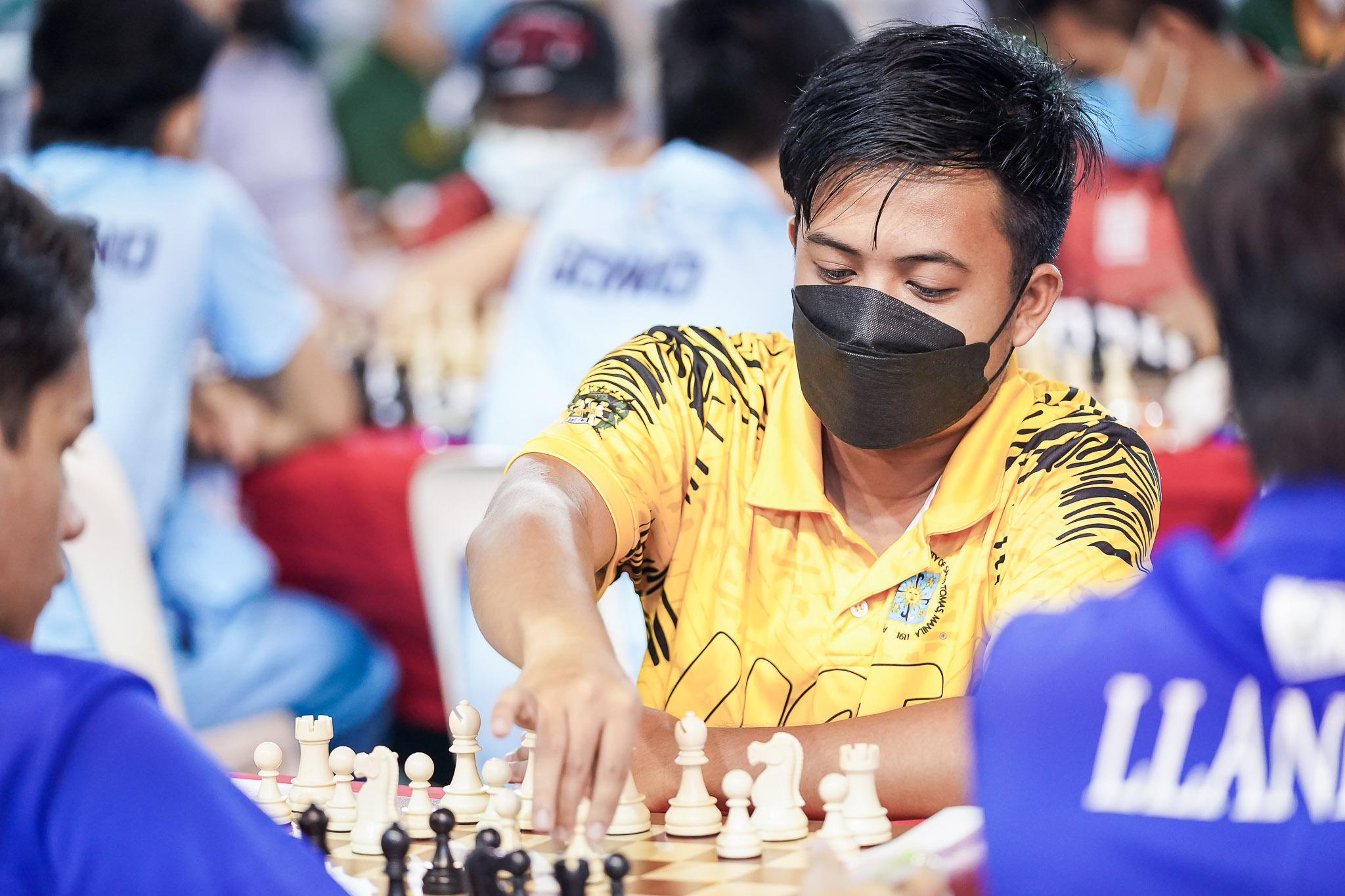 University of Sto. Tomas flexed its might against fellow powerhouse Far Eastern University, taking a commanding 4-0 sweep in Round 4 of the UAAP Season 85 Men’s Chess Championships, Sunday at the FEU Tech Gym in Manila.

It was UST’s 3rd shutout win after also blanking Adamson University and Ateneo de Manila University early this season to go up with 15 points, well ahead of second-running University of the Philippines which has 9 points.

Brylle Gever Vinluan (Board 3) led the way for UST with his fourth win in as many matches, taking down National Master Lorenzo Aaron in 43 moves of the Nimzowitsch-Larsen Attack.

Julius Gonzales (Board 1) also emerged victorious after 59 moves in a rook and pawn endgame while Lee Roi Palma also took a win in Board 4 after 54 moves of the Giuoco Piano playing as black.

Melito Oscan Jr. made a successful return to UST’s lineup, nabbing his third win in three appearances this season to complete the sweep.

University of the Philippines, on the other hand, continued to settle for another draw, their third straight, with a 2-2 split against third-running De La Salle University to stay in the second spot.

Fide Master Stephen Rome Pangilinan (Board 1) remained perfect with his fourth win in as many matches for UP while fellow Maroons Michael Johann Olladas and Jan Daryl Batula finished with draws in Boards 3 and 4, respectively.

Cyril Felrod Telesforo (Board 2) stayed undefeated for the Green Arches as he picked up his third season win to force a deuce.

Adamson then finally broke the dry spell with a breakthrough 2.5-1.5 win over Ateneo led by John Frederick Sunga and Matt Joseph Ramos’s wins in Boards 1 and 4, respectively.

Round 5 will take place on Wednesday at the same venue.