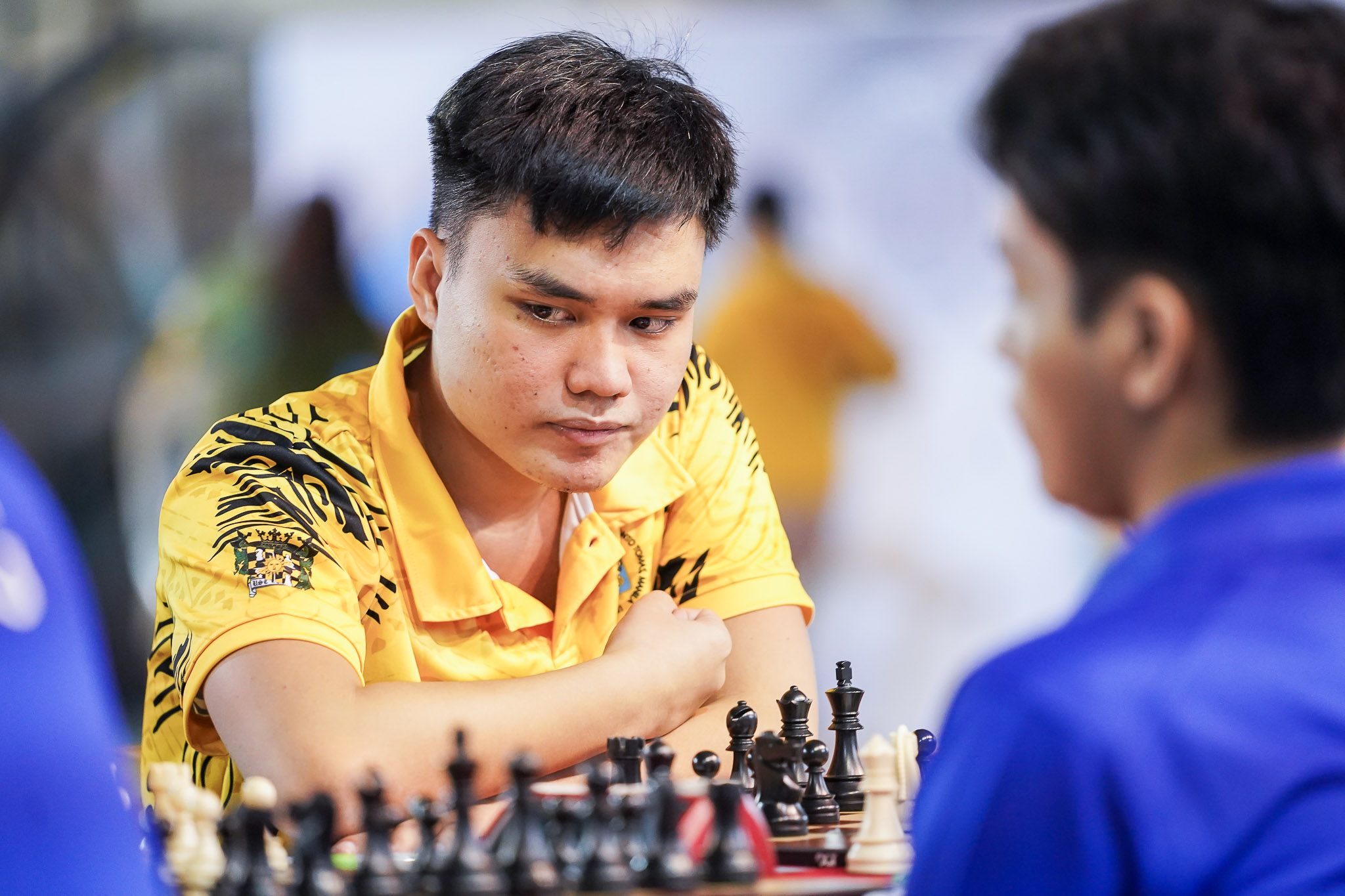 University of Sto. Tomas closed out the first half of the season on top of the standings after securing a 2-2 deuce against University of the Philippines in Round 5 of the UAAP Season 85 Men’s Chess Championships, Wednesday at the FEU Tech Gym in Manila.

Lee Roi Palma (Board 4) averted the upset after employing a tactical play to snatch away John Edward Vito Cruz’s queen for a rook and nab UST’s lone win.

Julius Gonzales (Board 1) also snapped Stephen Rome Pangilinan’s four-game winning streak as they settled for a draw while Brylle Gever Vinluan (Board 3) survived a mating attack to split the point with UP’s John Daryl Batula.

Melito Ocsan Jr. was the lone fatality, UST’s first loss in any board this season, after Michael Johann Olladas took the win in Board 2 with the white pieces in 40 moves of the Sicilian Defense.

De La Salle University saved their best for last as they scored their biggest win this season, a 4-0 shutout of Adamson University, to take the second spot heading into the second round.

Cyrill Felrod Telesforo (Board 1) led the way for the Green Woodpushers, staying undefeated in five matches with four wins and a draw.

Duo national masters John Merill Jacutina and Lorenzo Aaron Cantela bounced back from their Round 4 losses with strong performances in Round 5 to lead FEU’s romp of the Blue Eagles.

Round 6 is on Saturday, December 3.