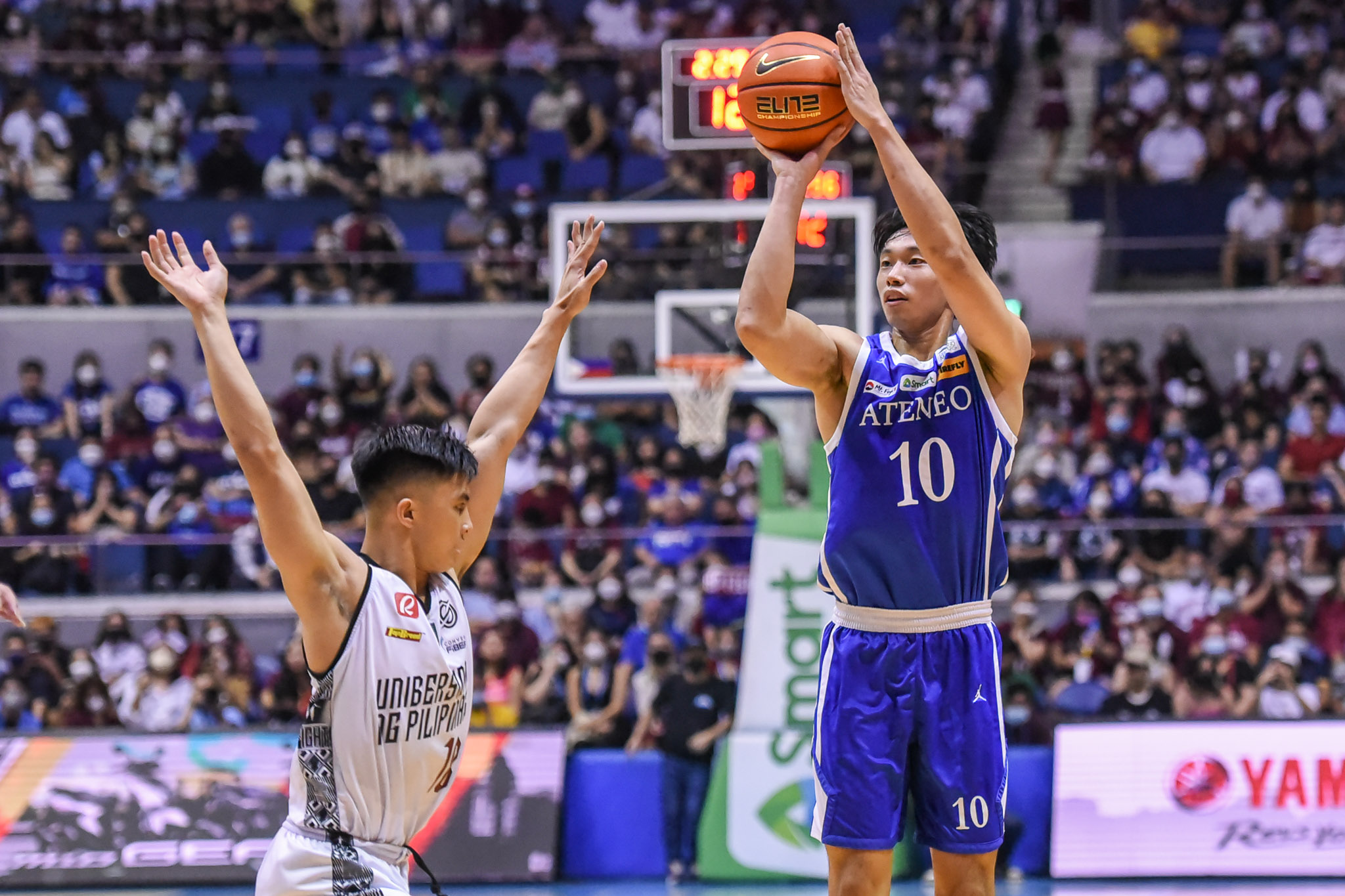 Ateneo de Manila University redeemed itself against University of the Philippines with a 75-67 win in the UAAP Season 85 Men’s Basketball Tournament, Saturday, at the Smart Araneta Coliseum in Quezon City.

The Blue Eagles sealed a twice-to-beat advantage in the Final Four with a 10-3 record – now second place off of five straight wins. They also bounced back from their first-round 71-76 loss to the Fighting Maroons last October 16, 2022.

Ateneo can seal the top seed if it beats Adamson University on Wednesday.

“I said to Epok Quimpo [Ateneo team manager] before the game (that) I will have to work hard today. But I said so would Goldwin (Monteverde),” said Ateneo coach Tab Baldwin. “It was really hard work, but not nearly as hard as the work that the team put in.

“Their effort in that second half… I don’t want to overstate things, but that’s in the annals of my coaching time, that’s as gutsy as it gets. And why? Because that’s what UP demands, and if you don’t give that, then they’ll run over you,” he continued.

Up by only four points entering the final quarter, Ateneo found some separation away from UP. Baskets from Matt Daves, Angelo Kouame, and Dave Ildefonso – among others – gave the Blue Eagles a 73-60 cushion with 3:18 remaining in the contest.

State U, though, tried to force a comeback. Carl Tamayo and Malick Diouf combined to trim the deficit to 67-73 with less than two minutes left.

Unfortunately, it was just too big a mountain to climb. Ateneo held on for a win over its neighbors.

“I thought we were a little bit different in the second half than we’ve been. It’s what we needed to be and I think that’s the hallmark of people with character,” added Baldwin.

“When the occasion demands something different than say, your normal, you have to respond, or else you’re just average. We don’t aspire to be average. We aspire to be special,” he continued.

On the other hand, the Fighting Maroons end the elimination round with an 11-3 record. State U remains in first place, although Ateneo still has one more game to play.

Tamayo led UP with 20 points and 10 rebounds, while Harold Alarcon contributed 10 points and nine rebounds. JD Cagulangan got nine points and six assists.

Terrence Fortea also had nine points behind 3-of-8 shooting from the three-point line. Diouf had seven points and seven rebounds.

On the other hand, Zav Lucero had an off night as he went scoreless.

Both teams now await the last two squads to fill out the Final Four.

#ReadMore  Diaz, Yulo to get vaccinated in host countries