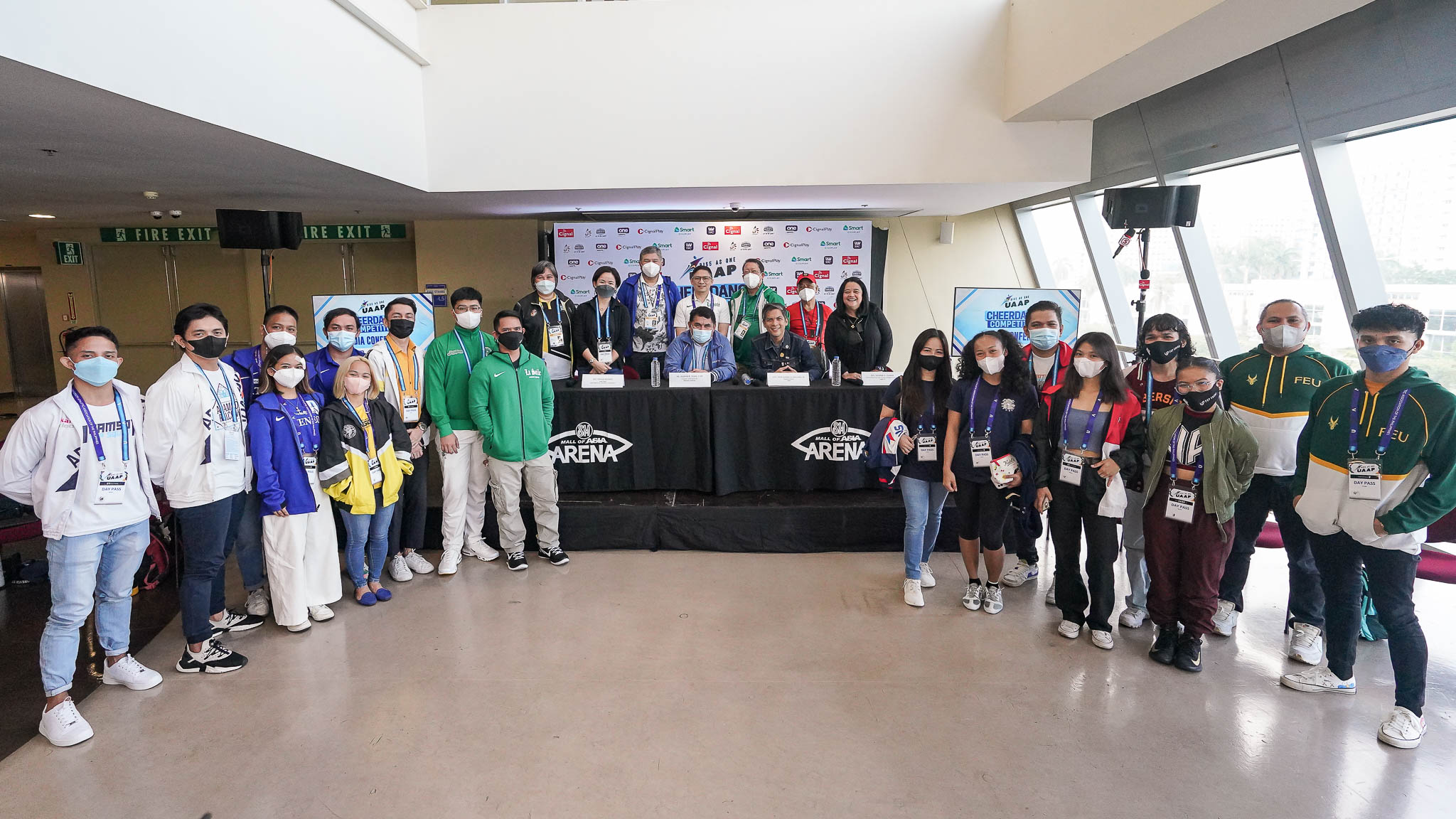 UAAP Season 85 Cheerdance Competition is set on Saturday at the Mall of Asia Arena with the league reverting back to its exciting old format.

Unlike in the previous season where there are only a maximum of 15 performers in a three-minute run, this time around there will be 15-25 cheerdancers doing a six-minute routine in front of an expected capacity crowd at the fabled Pasay venue.

“Mas maraming time yung mga performers to enjoy their routine,” said UAAP special events committee chairman Gigi Kamus of University of Santo Tomas during Sunday’s presser at the Mall of Asia Arena. “We will have a full house this time. We will have drums, two bass, and two snares”

With the cheerdance competition is back to its pre-pandemic rules, expect all schools to go all-out in their routines.

“This competition on Saturday is very exciting. They will be able to showcase their passion,” said head judge Paula Nunag.

“If we win again, we will win two in a row in one year. Baka hindi na maulit ito,” he added.

FEU has made a hint on its performance paying homage to Francis Magalona.

“We focused on conditioning also. Sana buo lahat tayo on Saturday so we can give a great show for the crowd,” said San Gregorio.

“We wish everyone the best performance possible.”

Determined to reclaim the crown it won in 2019, National University Pep Squad has also teased its Saturday run, which will focus on “cheer-robics”.

Also focusing on the conditioning and diet of her cheerdancers, Bernabe is happy to have a better build-up for the competition.

“From Season 84, nagmadali tayo. At least ngayon, I think it’s more than enough to prepare for this competition.”