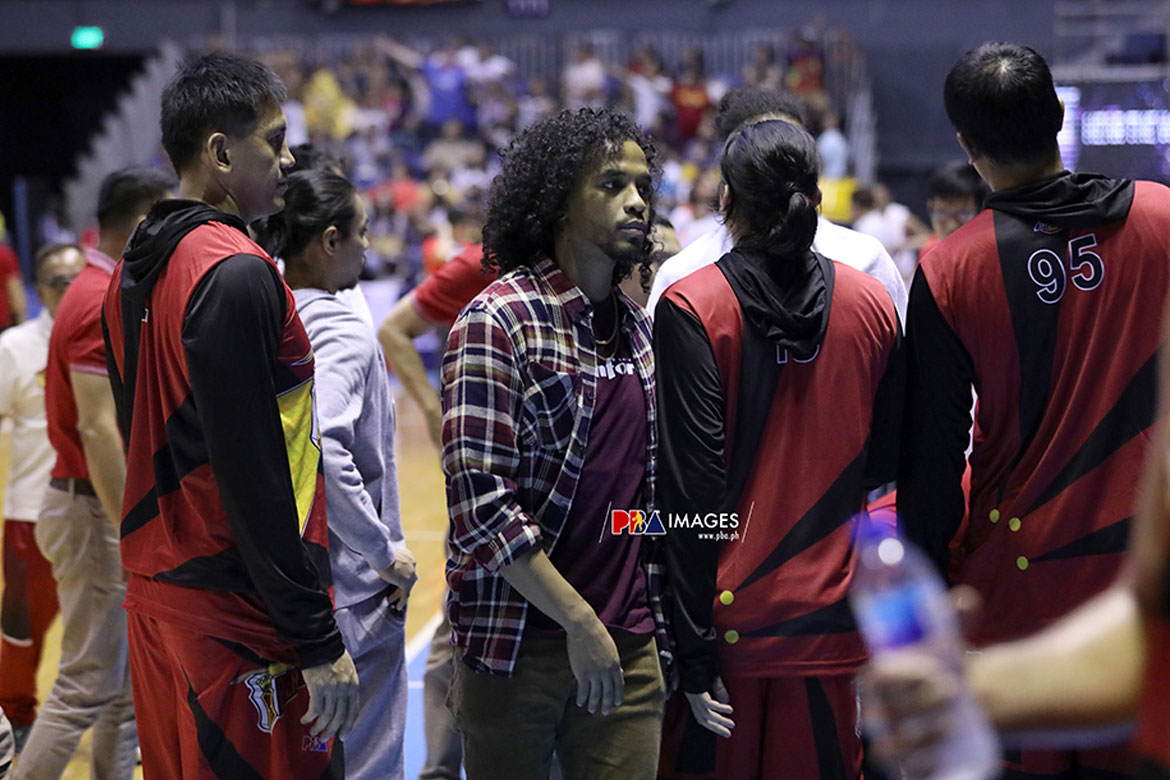 And it is, unfortunately, due to injuries.

Ross bared that he has been dealing with a pair of injuries, particularly in his knee and in his shoulder, which he incurred during the 2019 Philippine Cup playoffs that SMB eventually lorded over.

Ross said that he really wanted to play, but the coaches told him not to and just sit it out instead.

“I could have played today — I try to play through as many injuries as I can,” said the 33-year-old.

“If it was a playoff game, I could’ve played. But the coaches advised me to rest.”

The Beermen not only missed Ross, but as well as Terrence Romeo and the duo of Ronald Tubid and Kelly Nabong — Tubid and Nabong are serving their three-game suspension for their involvement in the Spider-Man incident.

Without them, the Beermen got blown out, 88-121, their worst loss in eight years or since being beaten by guest team Smart Gilas Pilipinas, 68-109, in the 2011 Commissioner’s Cup.

“We had a week of practice, two weeks off since our last game, we’re playing a team that’s halfway through the conference already and have been training for a long time,” said Ross.

Going back to his injuries, Ross could actually opt to go under the knife and have it repaired. But the 10-year league veteran will just do so at the end of the mid-season conference.

“Supposedly surgery, but if I wanna get surgery I probably would’ve missed the whole elims. So I figured I could do it after this conference,” he said.

Ross even expressed his desire in playing in their next game, which will be against the Terrence Jones-reinforced TNT KaTropa this Saturday, June 8, at Ynares Center in Antipolo City.

“I wanna play next game, let’s see what the coaches say,” said Ross. “I’m a warrior, man. I can fight through the pain as long as I’m not fresh out of surgery or something that will keep me out.

Bong Quinto out to prove worth following Jared Dillinger’s departure