ONE Championship: Reign of Kings saw two of the top strawweights in the world basically one up each other to open the card.

To open the night, Rene Catalan, a 39-year-old native of Santa Barbara, Iloilo, picked up an emphatic unanimous decision win over previously unbeaten Stefer Rahardian to extend his streak to five wins after starting off his career with two losses.

Moments later, it was Joshua Pacio’s turn to take to the stage. Not to be outdone, the 22-year-old native of Baguio City dazzled, stopping also-previously unbeaten Pongsiri Mitsatit in the first round by way of inverted kimura – which he dubbed the Passion lock – right in the very first round. This was his third straight win – all by stoppages. 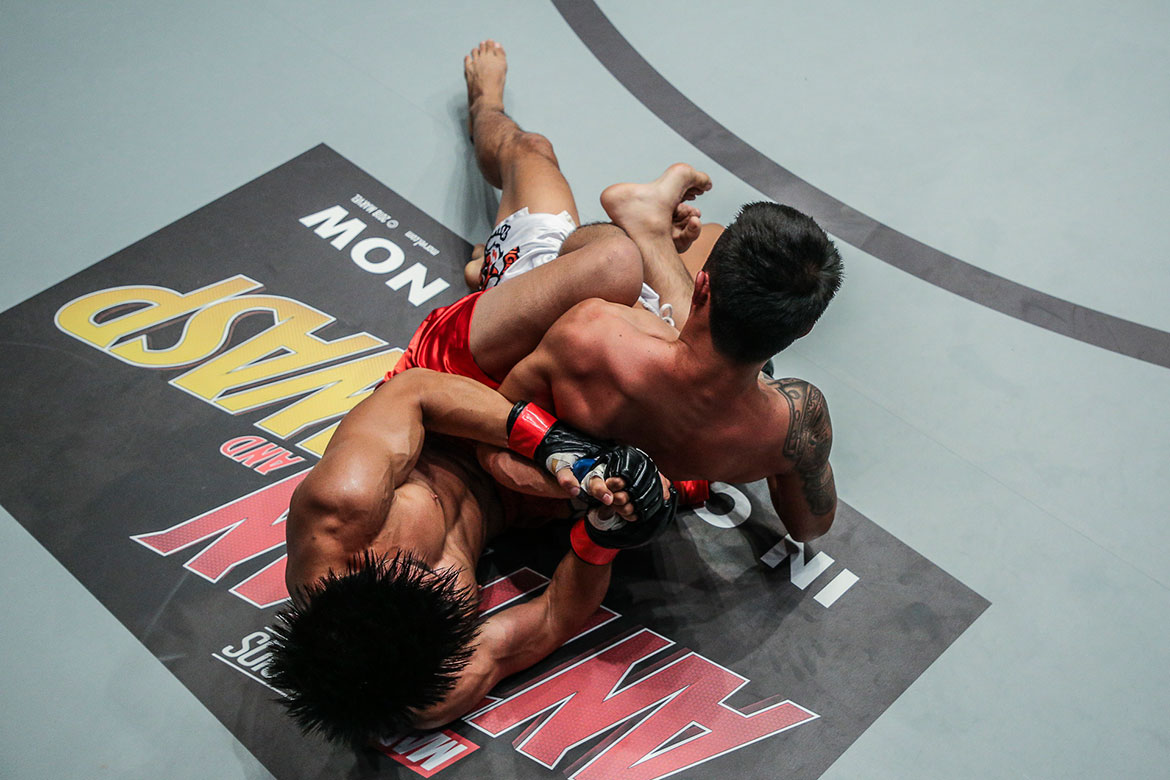 The strawweight division of ONE Championship is stacked to the core, with reigning champion Yoshitaka Naito (13-1) leading the pack. Then there’s Japanese fighters Riku Shibuya (8-4) and Hayato Suzuki (18-1-2). And who could ever forget former champion Alex Silva (7-2), who lost the belt to Naito in a close split decision last May.

Closely monitoring the division, Pacio – who trains out of Team Lakay – admits that he is in awe of the resurgence of Catalan, who himself is a master of wushu.

“I respect Coach Rene Catalan not only as a mixed martial arts competitor, but also a coach and trainer of the Catalan Fighting System.

“He has improved as an athlete of the sport. It is very evident because he has reaped the fruits of his hard labor, winning five-straight matches in ONE Championship. It’s a tremendous feat, especially since he defied his critics and doubters,” Pacio shared about the 2006 Asian Games gold medalist.

READ  Despite impressive line, Joshua Munzon says he can do more for AMA

Despite his streak, Catalan believes that in order to be part of the top echelon of the division, he has to beat the very best in it.

“My target is to compete for the ONE Strawweight World Championship. I know before I get to that stage, I still have a lot of work ahead of me,” admits Catalan.

But with the division being so deep in talent, the two Filipino prized fighters might be bound to face off. And if the brass of ONE Championship deems it should happen, the two are open to facing each other. Nothing personal, just business.

“I believe he is now a contender in the organization’s strawweight division. If ever I will cross paths with him in the future, sharing the cage or ring with him is a privilege and an honor,” Pacio said regarding a potential match-up.

“I always desire to face the best because in order to be the best, you have to be the best. Joshua Pacio is an outstanding athlete from Team Lakay. He is so talented,” Catalan pointed out.

“As I enter a new stage in my division, tough guys like Joshua Pacio are waiting for me. I am ready to get down and dirty to earn that opportunity.”