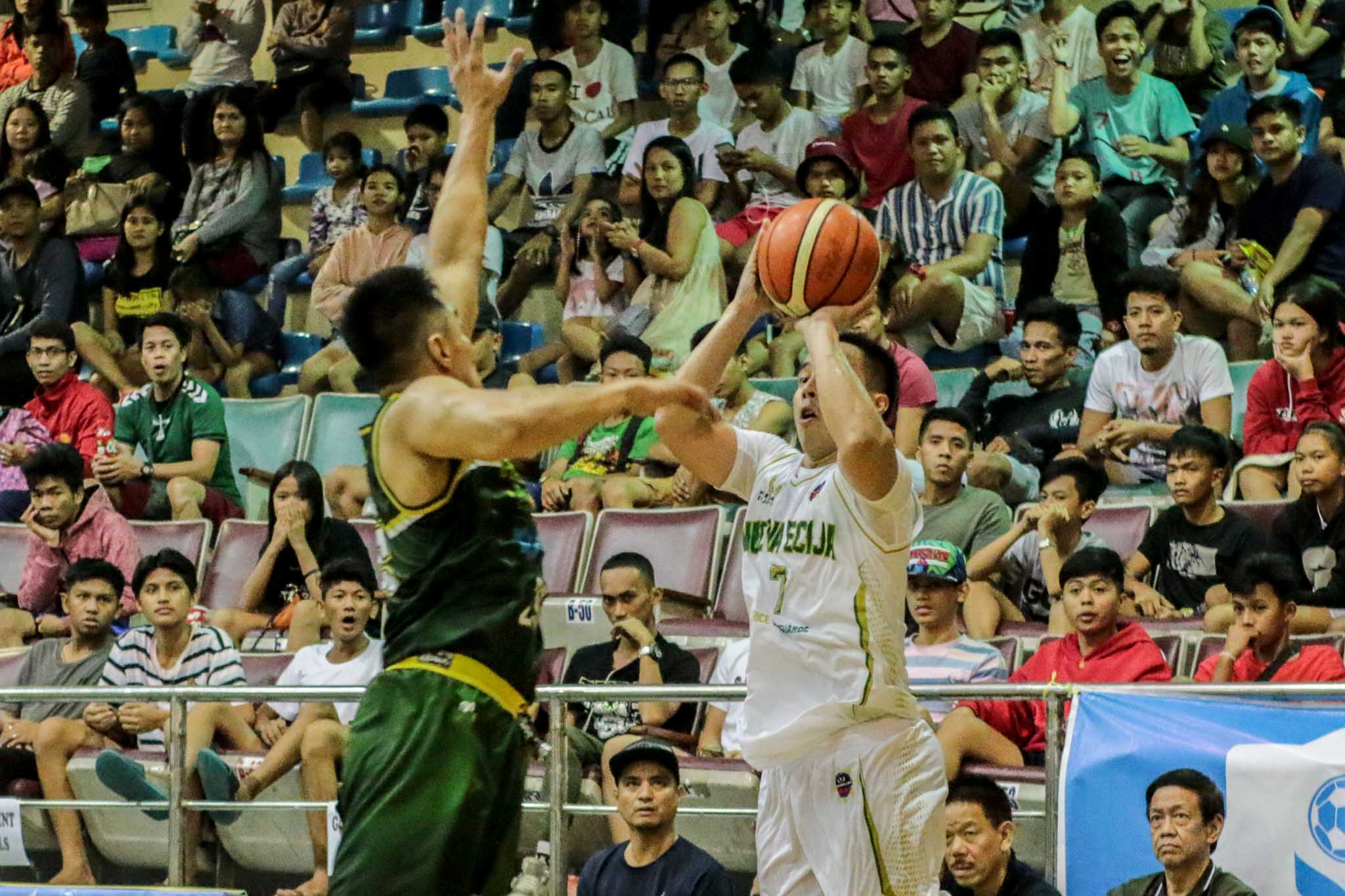 In what could be the game where Nueva Ecija be eliminated in the 2019-20 Chooks-to-Go MPBL Lakan Season, Tonino Gonzaga played his best game on a Rice Vanguards uniform, keeping their playoff hopes alive.

After averaging just 8.16 points, 3.33 rebounds, and 1.16 assists in his first six games with Nueva Ecija, Gonzaga exploded for 21 points, six boards and three assists to help his squad turn back Parañaque-Yabo Sports, 85-81.

But the former Blue Eagle deflects all the credit to the Rice Vanguards coaching staff led by coach Charles Tiu.

With his team leading by just two points with 1:23 left in the game, Gonzaga drained a booming three-pointer from the left corner which gave Nueva Ecija the lead for good.

Despite playing against Parañaque in their home turf at Olivarez College Gym, five-time UAAP champion did not feel uncomfortable, thanks to a big crowd for Nueva Ecija.

Asked about Gonzaga, Tiu praised him for his continuous hard work despite the team’s lowly standings at 6-16, 13th in the North division and 7.5 games behind eighth-running Pampanga. Nueva Ecija still has 10 games left.

“Tonino has always been our hardest worker. No one can complain about his attitude and work ethic and he works so hard so it’s very nice to see him play well. He’s getting what we want him to do and today he played his best game and help us get the win.”

Like a true professional, the crafty guard insisted that he has to work hard in order to keep pace with the league.

In other matches, Bulacan got the breaks that it need to overcome Batangas-Tanduay and pick up a crucial win, 82-81, while Mon Mabayo’s free throw lifted Quezon City-WEMSAP over Marikina in overtime, 77-76.