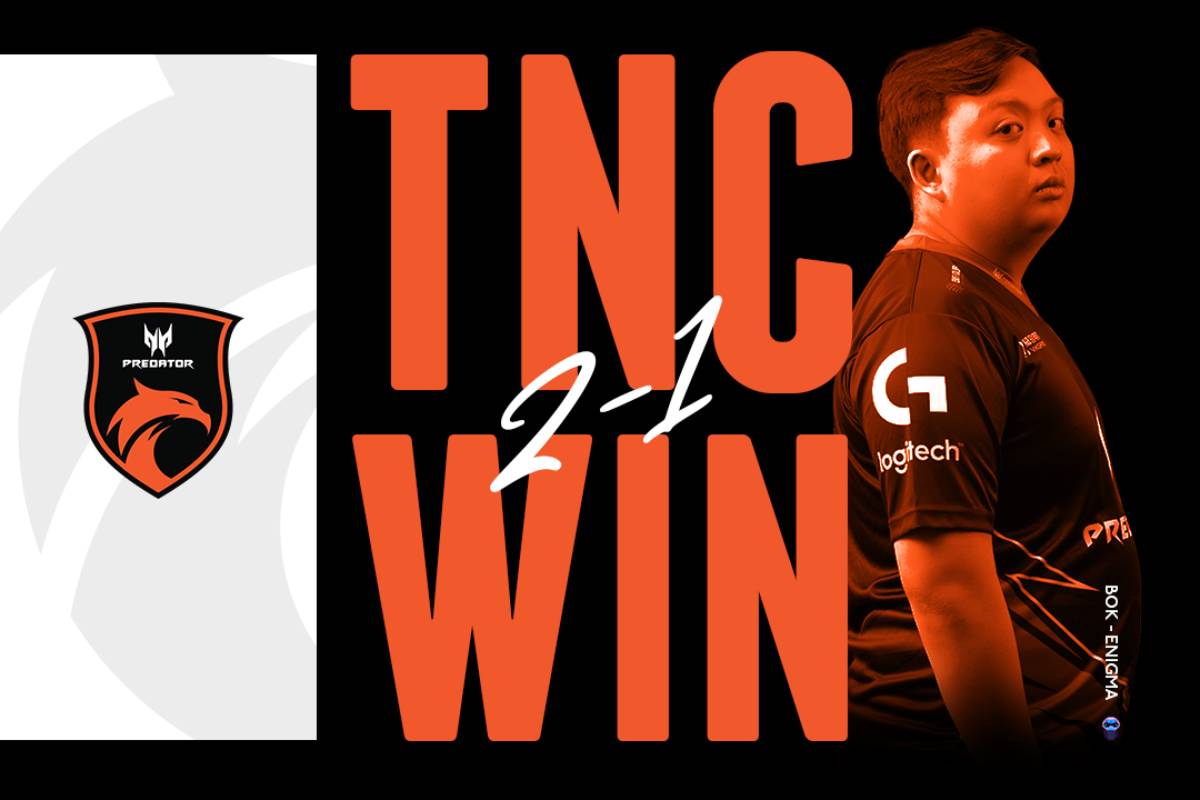 After missing the boat to the ONE Esports Singapore Major, Filipino powerhouse TNC finally redeemed itself by qualifying for the WePlay AniMajor after its 2-1 reverse sweep of regional rival Fnatic in the Dota Pro Circuit 2021: Season Two-Southeast Asia, Wednesday night.

Kam “Moon” Boon Seng (Timbersaw) was able to use his Eul’s Scepter to stop Gabbi from initiating, however, Bok caught the Fnatic contingent off guard – unleashing his Black Hole to lock both Moon and DJ.

Gabbi had a double kill on Moon and Dj while Armel “Armel” Tabios (Bristleback) managed to take down Anucha “Jabz” Jirawong (Tusk) to tip the scales entirely to TNC’s favor.

On the other hand, Polo “Raven” Fausto failed to scale up in time for Fnatic with his signature Drow Ranger.

Fnatic took Game One through DJ’s Grimstroke while TNC managed to even the series at 1-all behind Marvin “Boomy” Rushton’s Snapfire.

With the victory, TNC ended its redemption campaign with a 5-2 win-loss slate – assuring them of a spot in the AniMajor group stage.

A T1 loss tomorrow against OB Esports x Neon will pit TNC and T1 against each other for the top spot of the SEA upper division which has an outright spot to the AniMajor playoffs.

TNC was hounded by communication issues back in Season One which stemmed from connection problems as both offlaner Damien “kpii” Chok and support Kim “Febby” Yong-min were playing outside of the region. This resulted in a 4-3 standing and a fourth-place finish in Season One.

Both kpii and Febby were released by the team prior to Season Two, replacing them with Southeast Asian Games gold medalists and former Adroit stars Marvin “Boomy” Rushton and Jun “Bok” Kanehara.

On the other hand, DJ, Raven, and the rest of Fnatic capped off the season with a 4-3 record.

The WePlay Animajor is the second DPC Major of the year which will be held from June 2 to 13 at Kiev, Ukraine.