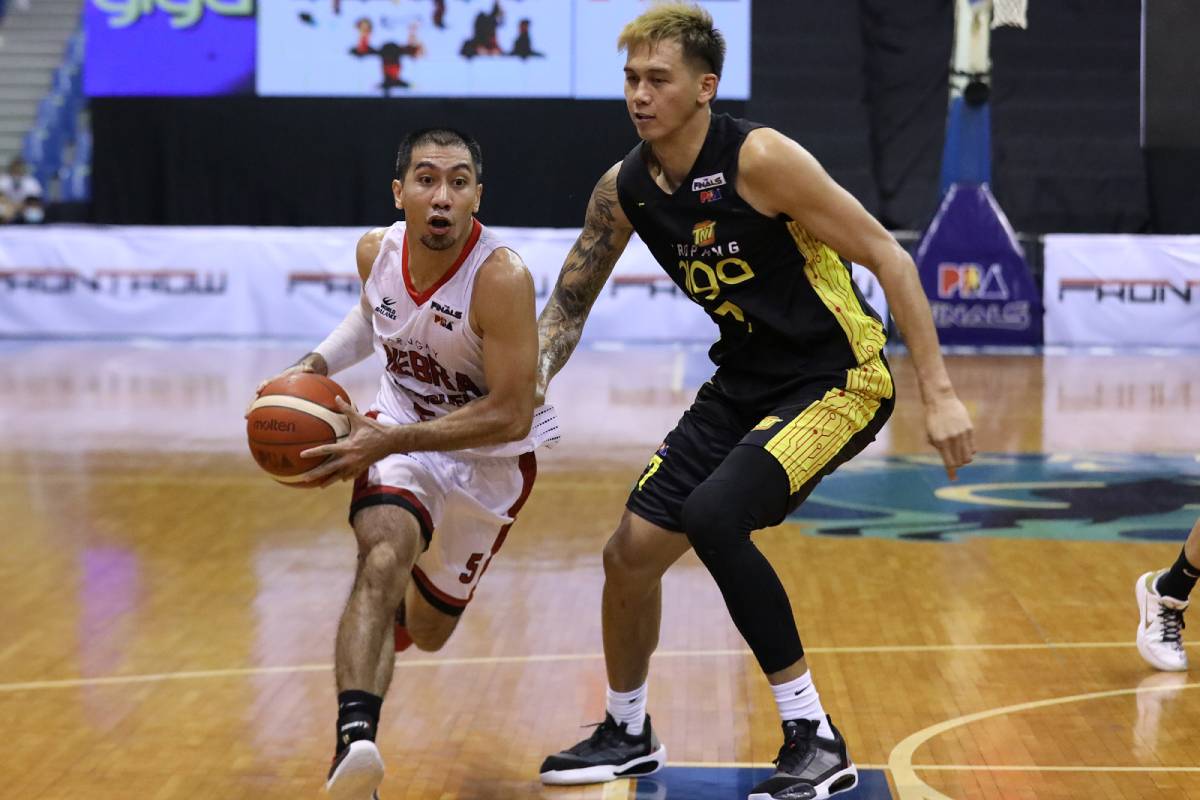 The 36-year-old produced 12 points and 10 assists — with three particularly crucial — as the Gin Kings survive a gritty Tropang Giga. The back-and-forth affair ended in a 100-94 Ginebra win that needed five extra minutes to be settled.

The first of those three important dimes came in the final moments of regulation. Tenorio attacked the middle and attracted the defense, then found a flashing Arvin Tolentino. His teammate made a lay-up that tied the game at 92-all with five ticks left.

Then when TNT trimmed the gap to just two late in overtime after Roger Pogoy’s close-range jumper, he dished it to a cutting Aljon Mariano for the finger-roll to make 98-94 with 56.0 seconds on the clock.

Japeth Aguilar then made a huge dunk with 19.6 seconds left to play, slamming the door on the opposition and settling the final count. And that was thanks to the pass made by, well, Tenorio.

Cone has said many times in the past that Stanley Pringle is Ginebra’s closer. This time, though, they went to the veteran floor general since TNT’s defense doubled down on the former scoring champion.

“They were doing a really good job on Stanley, switching out and doubling him down the stretch. So we started putting the ball in LA’s hands and making him make decisions,” said the 62-year-old.

“He’s been around for us for so long. He’s used to that kind of situation where he’s had the ball in his hands,” said the 22-time champion coach, who’s known Tenorio since their Alaska days.

Cone feels amazed that the decorated guard has reached his peak at the best of times, despite undergoing laparoscopic surgery just a few weeks before the season restart last Oct. 11.

There was even a point during this season, according to the league’s most accomplished mentor, that they had to monitor his wound from that procedure since it bled. Now, they’re simply thankful he has made it through.

Tonight, he showed that his injury is in the past. He even logged 43 minutes and 46 seconds in Sunday’s game — eight more minutes than his average playing time in their semis clash versus Meralco.

“He’s in playoff mode,” Cone said. “I mean, the guy came from surgery, literally a week and a half before he came to the bubble. They told us he was 3-4 weeks out, minimum. He played his first game 13 days after surgery. That’s amazing.

“He practiced with us when he came and played, and so he’s been battling through. It’s like almost getting an extra player suddenly because he’s suddenly reached his peak form. He’s no longer being bothered. I tell you, in our sixth or seventh game, he was late getting on the bus going to the game because they had to clean his wounds. His wounds were oozing and they had to clean his wounds. The way on the bus and get to the finish,” he continued.

“What a guy. They don’t call him the Ironman for nothing. And it’s well-deserved, the reputation he has. Even more so off the court, and what you see for him to get ready. It’s amazing.”