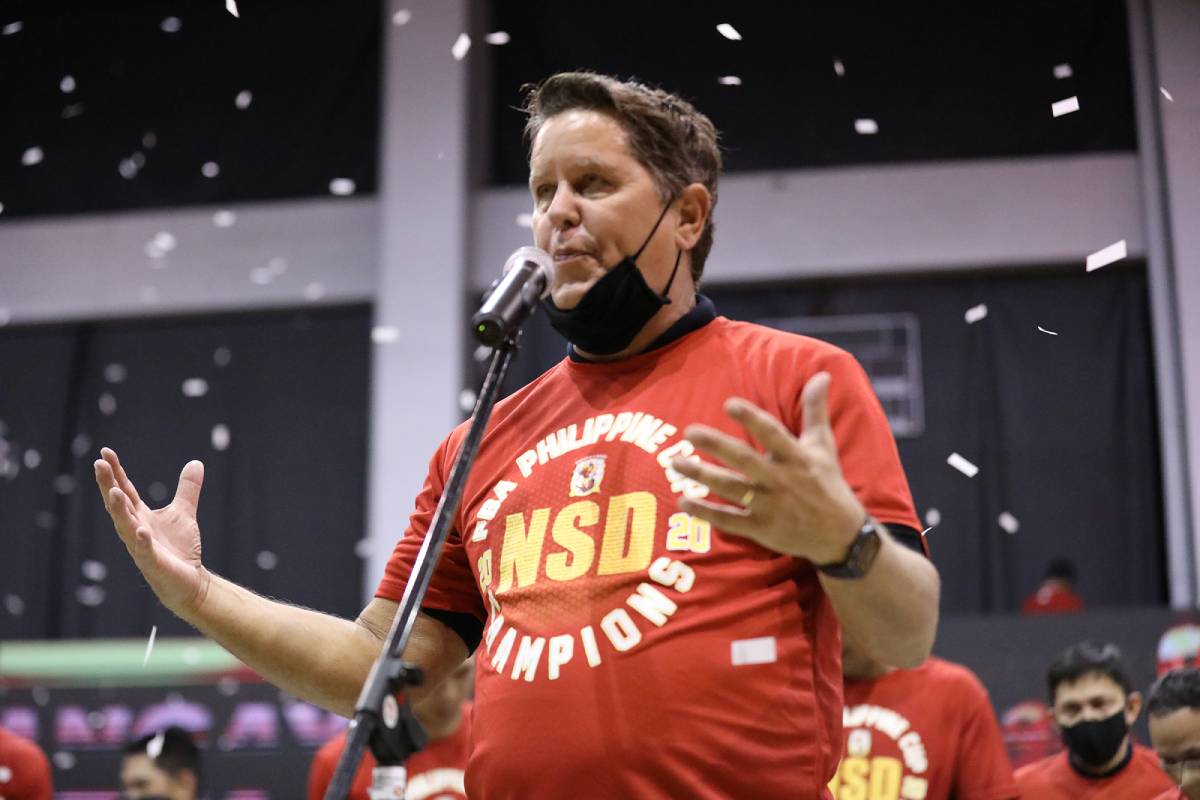 Another championship, another individual accolade for Tim Cone.

For steering Barangay Ginebra San Miguel to the Philippine Cup championship in the most challenging period of the PBA’s 45-year history, Cone is set to be feted with the Outstanding Coach of the Bubble honor on Sunday’s PBA Press Corps virtual Awards Night at the TV5 Media Center.

The Kings defeated TNT Tropang Giga in five games of the first-ever bubble finals at the Angeles University Foundation Sports and Cultural Center in Pampanga to claim their first all-Filipino crown in 13 long years.

And Cone did it despite the uncertain time brought about by the ongoing coronavirus pandemic and the health status of his players.

After big man Greg Slaughter decided to skip the season, Cone was also faced with the specter of key players LA Tenorio and Japeth Aguilar not exactly in game shape entering the bubble due to personal reasons.

But the brilliant coach that he is, Cone found a way to keep the Kings competitive until both Tenorio and Aguilar were healthy enough to anchor the team’s campaign again.

The end result had the Kings winning their 13th championship overall, trying the fabled Crispa Redmanizers at no. 4 overall in the all-time winning list. Cone. meanwhile, solidified his legacy as the league’s most accomplished coach with 23 titles tucked under his belt.

Cone will be joined by 2019 Baby Dalupan Coach of the Year winner Leo Austria of San Miguel on center stage during the special two-in-one awards night presented by Cignal TV. The program will be shown over PBA Rush on March 8.

To be recognized with the President’s Award are the 12 member teams for the sacrifices they made to help restart the league’s 45th season, along with 2019 winner Vergel Meneses, current Bulakan, Bulacan mayor and one of the 25 Greatest Players in league history.

NorthPort veteran Sean Anthony, meanwhile, will be honored as the 2019 Defensive Player of the Year.

A special citation will also be handed out to the PBA staff for its non-stop work to ensure the well-being of the Clark bubble.