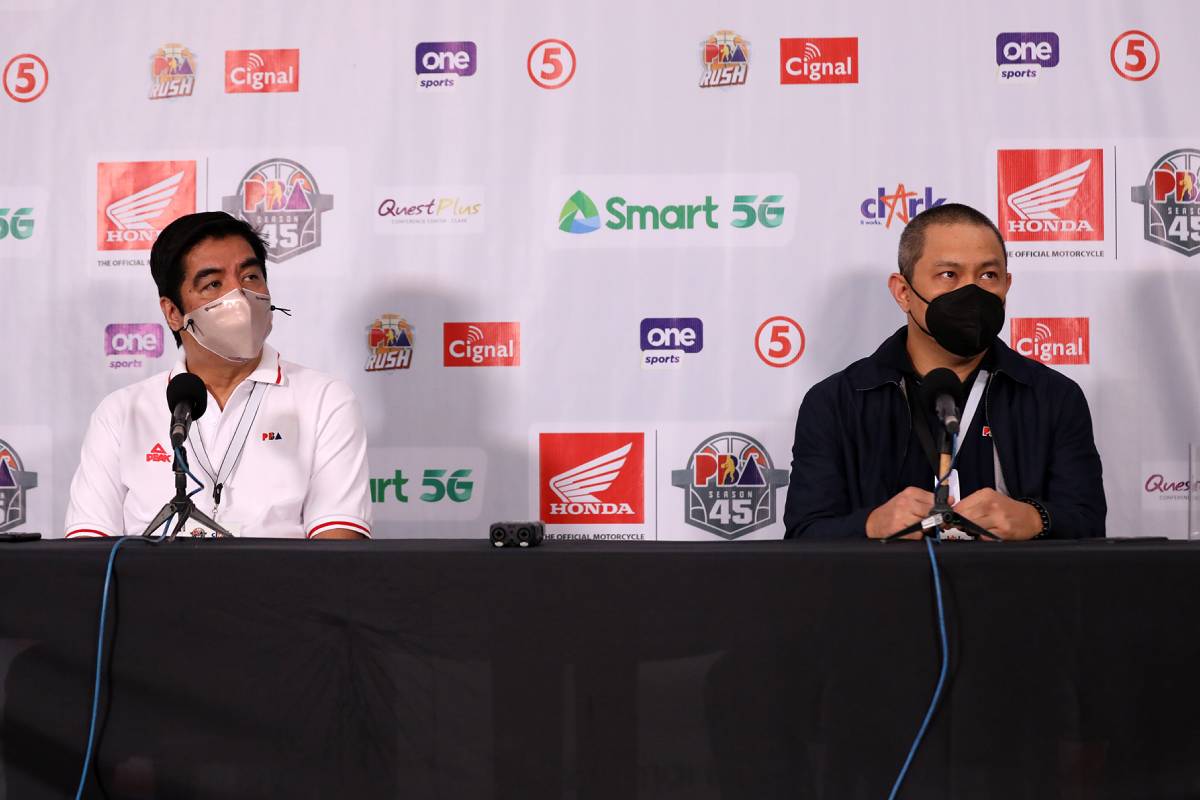 The entire PBA staff will be recognized with a special citation in the Press Corps virtual Awards Night on Sunday at the TV5 Media Center.

The 17-man league personnel headed by Deputy Commissioner Eric Castro will be cited for their admirable, round-the-clock work to ensure the efficient staging of the Philippine Cup bubble in Clark, Pampanga last year.

The March 7 event is presented by Cignal TV and will be shown over PBA Rush on March 8.

The special citation is the latest special bubble award to be announced by the group of men and women covering the PBA beat.

Other awards still to be named are the Outstanding Coach of the Bubble, Mr. Executive, and President’s Award.

During the hour-long program, awardees of the previous season will also be recognized, led by 2019 Baby Dalupan Coach of the Year Leo Austria of San Miguel and Danny Floro Executive of the Year PBA Chairman Ricky Vargas; Presidential Awardee Vergel Meneses, mayor of Bulakan, Bulacan and one of the PBA’s 25 Greatest Players; and Defensive Player of the Year Sean Anthony of NorthPort.