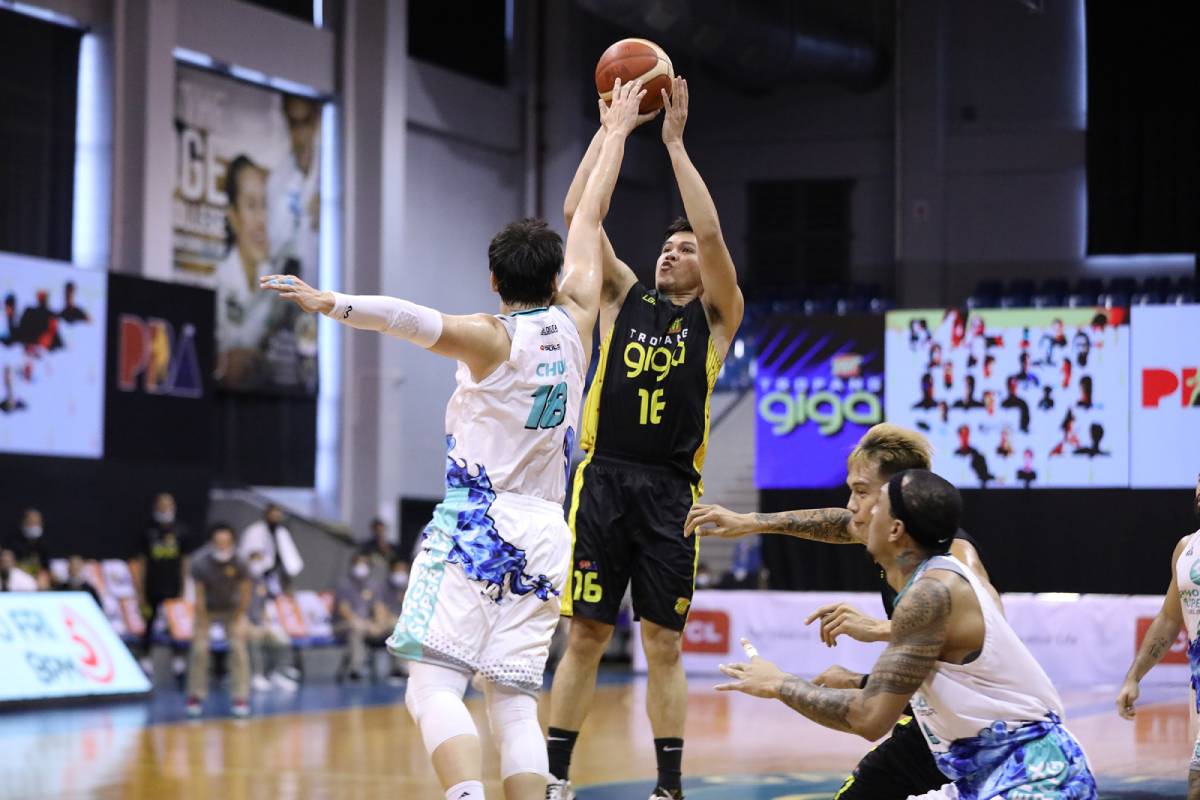 Justin Chua had a breakthrough campaign inside the PBA bubble.

It did not go unnoticed as the Phoenix stalwart is set to receive his first major personal career award after being named as the Top Bubble D-Fender by the PBA Press Corps in the recently-concluded season.

Chua will be officially bestowed the honor on March 7 during the PBAPC virtual Awards Night at the TV5 Media Center. The special event is presented by Cignal TV and to be shown over PBA Rush on March 8.

The 6-foot-6 center from Ateneo emerged as the top shot-blocker in the Clark bubble, averaging 1.6 per game as the last line of defense for the Fuel Masters. He also posted averages of 11.7 points and 6.7 rebounds as he strongly contended for the PBA Most Improved Player award.

Chua, 31, is the second Phoenix player to be a recipient of the distinct bubble awards given by the group that covers the PBA beat.

Other awards to be handed out are the Outstanding Coach of the Bubble, Mr. Executive, President’s Award, and a special citation.

Also to be feted during the affair are the awardees of the previous season led by 2019 Baby Dalupan Coach of the Year Leo Austria of San Miguel and Danny Floro Executive of the Year PBA Chairman Ricky Vargas; Presidential Awardee Vergel Meneses, mayor of Bulakan, Bulacan and one of the PBA’s 25 Greatest Players; and Defensive Player of the Year Sean Anthony of NorthPort.