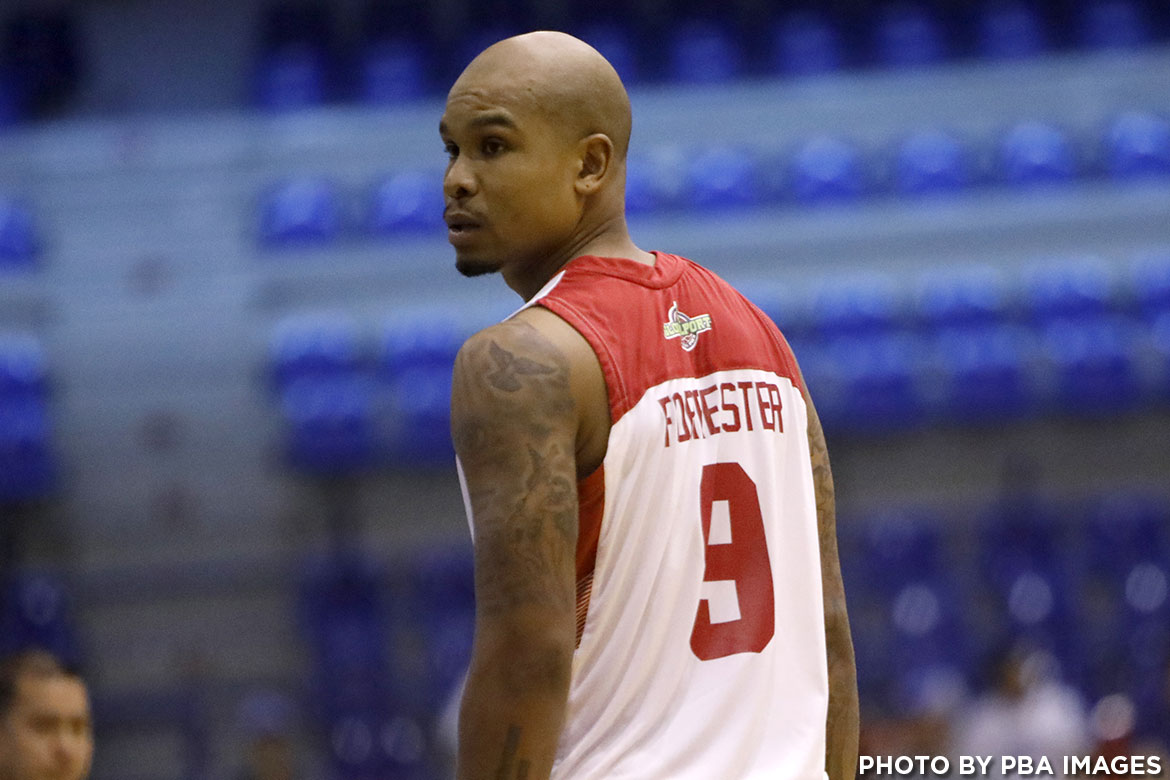 Without a doubt, James Forrester is one of the most athletic cagers in the Philippines today. But for four years and across six teams, Forrester’s potential continues to remain locked.

To help unlock his untapped potential, the Globalport Batang Pier, his sixth team, decided to relegate the fourth overall pick in the 2013 PBA Draft to their D-League affiliate Team Batangas, a team that is mentored by Globalport assistant coach Eric Gonzales.

Though a demotion in every sense, the 6-foot-2 swing man looks at it in a different light.

“To be honest, my initial thoughts were a little negative but that faded away when I went home and started thinking about it,” the 27-year-old shared. “It’s an opportunity to play, an opportunity to better myself and focus on the things I need to work on.

“It’s not really a redemption thing. It’s all part of the process and for me trying to grow.”

His debut, however, was a microcosm of what his career has been so far.

A smooth floater by Forrester gave Batangas a 66-65 lead against the highly-favored Cignal HD Hawkeyes with 1:18 left. However, a lapse on the defensive end led to Oping Sumalinog’s go-ahead jumper that gave Cignal the lead for good.

“There is pressure, but I just want to help this team as much as I can,” said the former Arellano Chief, who finished the game with five points and two rebounds but committed five turnovers in his debut. “Unfortunately, today I felt I lost the game for them, but I just want to bounce back next game and hopefully, get them a win.

“Today, I didn’t realize how much I have to be a leader for this team. I haven’t been in this position for a while, so I have to lead this team, offensively, defensively, and leadership-wise, be vocal with the guys.”

But unlike the majority of the players in the second league that are trying to catch a break, Forrester has the luxury of knowing that this stint will be just for two games. Still, he needs to make the most out of it as this will either build his confidence for the Governor’s Cup or break it.

“I haven’t been much playing time in the last four years so getting any kind of games in, any kind of minutes is only a positive thing.”