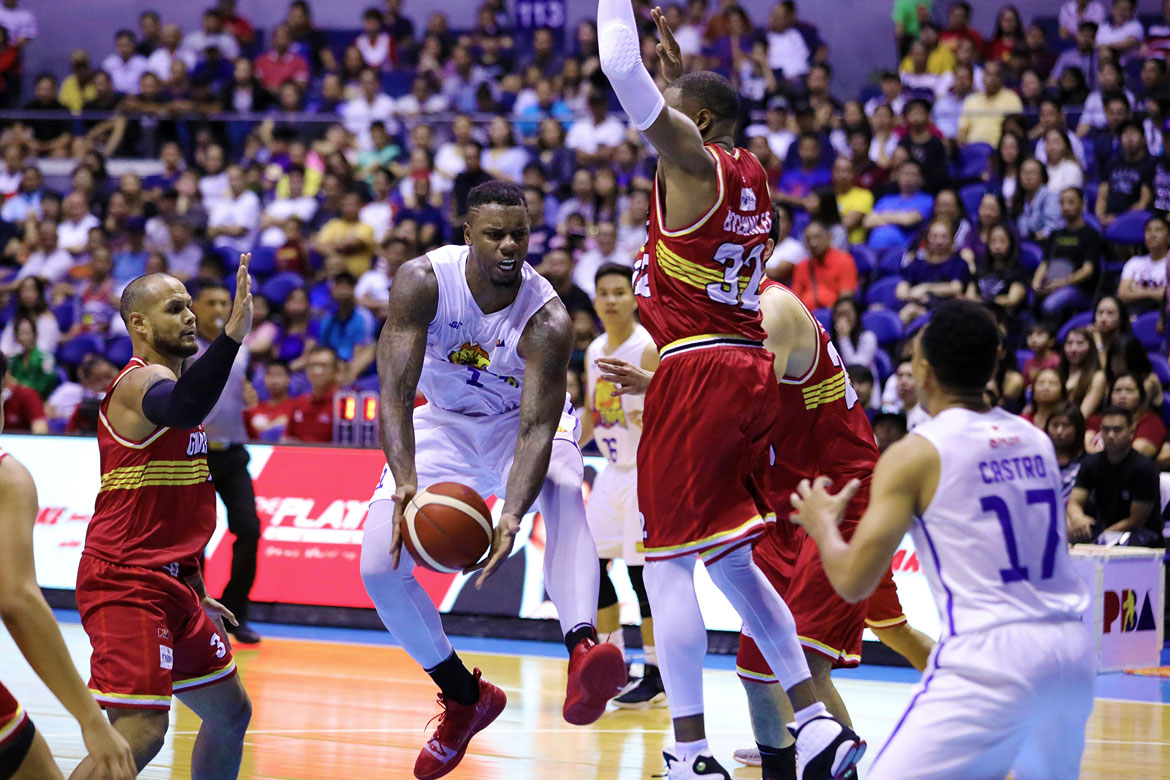 Popularly known as a deadly scorer here in the PBA, the 6-foot-9 forward showcased his passing skills versus the Gin Kings. He finished with 16 assists, together with 17 points, 14 rebounds, and a game-high six blocks.

“Yeah, you know, I just seen a lot of double teams very early and I just wanted to get my teammates involved,” said Jones, who was averaging just 4.8 assists prior to Wednesday’s game, of his playmaking exhibition.

“We’ve had a lot of games in a row now that I’ve just been continuing on growing and believing in my teammates and finding them in open positions to make sure they’re comfortable shooting that shot.”

The one who really benefitted from Jones’ passing — or in local parlance, “suki” — is Roger Pogoy.

With Jones finding him at his best spots on the floor, the third-year guard out of Far Eastern University sank 10 threes en route to a new career-high of 38 points. Pogoy finished with an excellent 56 percent shooting from the field.

“”I tell him to shoot the ball every time he touches it and today he had a great game. It’s gonna be those nights when they’re double-teaming me and I believe in my guys a hundred-percent to knock down those shots and Roger did that tonight.”