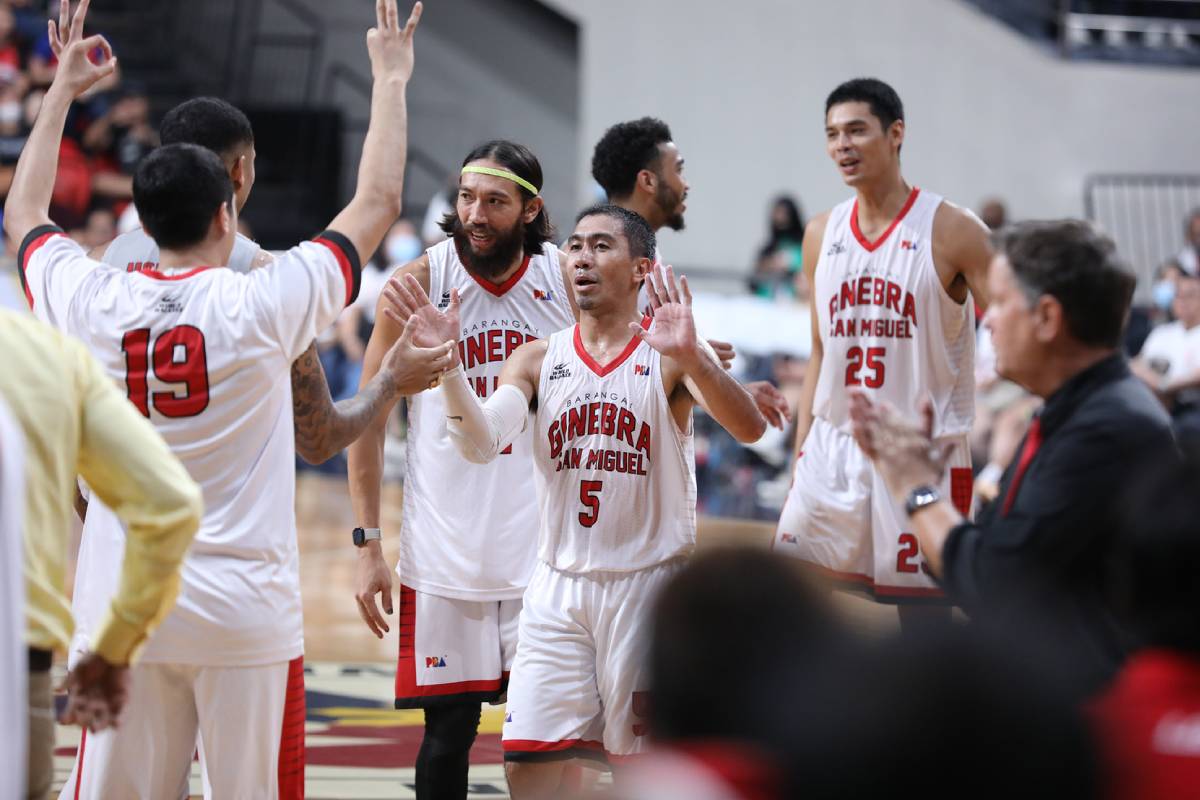 LA Tenorio played his best game to date in the ongoing PBA Commissioner’s Cup on Wednesday night, and in the process inched closer to history.

The 38-year-old has moved two triples away from surpassing Ronnie Magsanoc in the league’s all-time three-pointers made list after knocking down a pair in a 14-point showing to help Ginebra beat Converge, 115-96.

As of the moment, the ‘Point Laureate’ is sitting at fourth with 1,171 to his name, with Tenorio just breathing down his neck with 1,170.

The PBA’s ‘Iron Man’ is projected to dislodge Magsanoc in the playoffs set to tip off sooner, and also has a shot to climb all the way up to the third spot should the Barangay make a deep run in the mid-season conference.

Who’s at no. 3, you wonder, is James Yap with 1,178, but the two-time Most Valuable Player is set for a comeback perhaps later in the season.

Tenorio accomplishing the feat post-elims appears to be imminent, with the Kings set to rely on him heavily once more come playoff time.

“We know come playoff time, he’s going to step up his game and we want him to have that energy for the game,” said head coach Tim Cone.

“He just understands the offense better than anybody else,” he added. “When he’s out there, we’re executing better than when he’s not.”

Tenorio and Yap are just three of the only active members of the said list, the other one being former MVP Arwind Santos, who’s at no. 7 with 1,087.

#ReadMore  Postponed Meralco-SMB, Magnolia-ROS clashes to be played on Dec 2