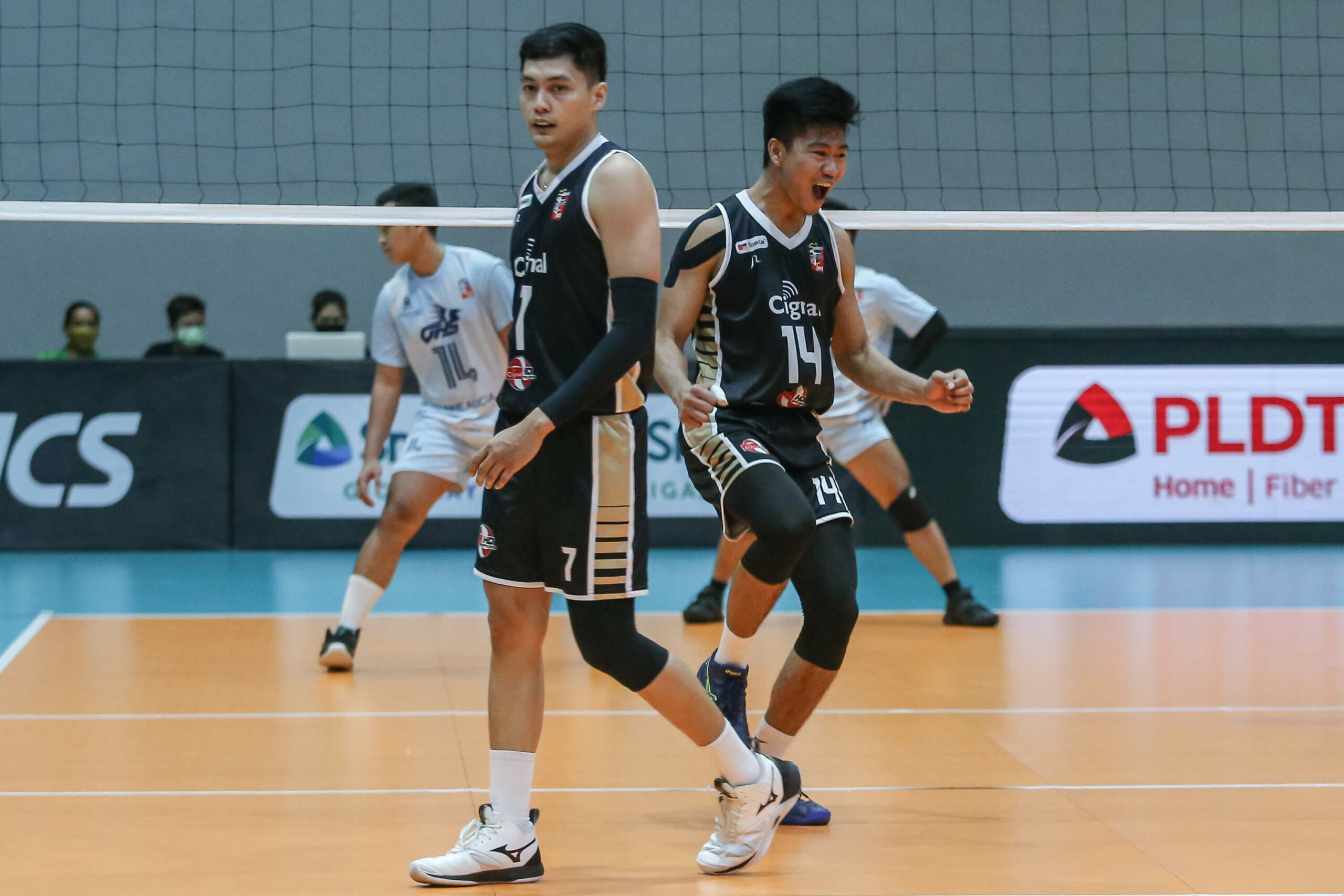 Cignal bucked the early loss of Marck Espejo to get back on track in the 2022 Spikers’ Turf Open Conference round-robin semifinals by eliminating VNS-One Alicia, 25-20, 26-24, 25-18, Saturday at the Paco Arena.

Espejo left the game in the first set with the scoreline just at 6-2 as he hurt his left Achilles anew. They are optimistic that the three-time men’s premier league MVP will be back in their next game.

Coming off a five-set downer against National University-Sta. Elena, the HD Spikers bounced back to improve to 1-1, tied with PGJC-Navy.

The HD Spikers pulled away from a 19-17 affair with a 6-3 spurt, capped by Alfred Valbuena’s off-speed hit to finish the first frame, 25-20.

But the Griffins stormed back in the second period, dragging it to extended play but shot themselves on the foot with consecutive errors by Sean Oliver and Ben San Andres to give Cignal the 2-0 set lead, 26-24.

And in the third, it was all HD Spikers as they cruised to a 16-11 advantage en route to the 25-18 clincher, again off an error by VNS-One Alicia.

Louie Ramirez stepped up big time for Espejo with 16 points on 13 attacks, two kill blocks, and a service ace.

With the HD Spikers win, the Nationals booked the first Finals ticket.

Cignal and the Sealions will go head-to-head on Tuesday at 5:30 pm for a Finals seat, while the Griffins end their campaign against the Nationals at 2:30 pm.