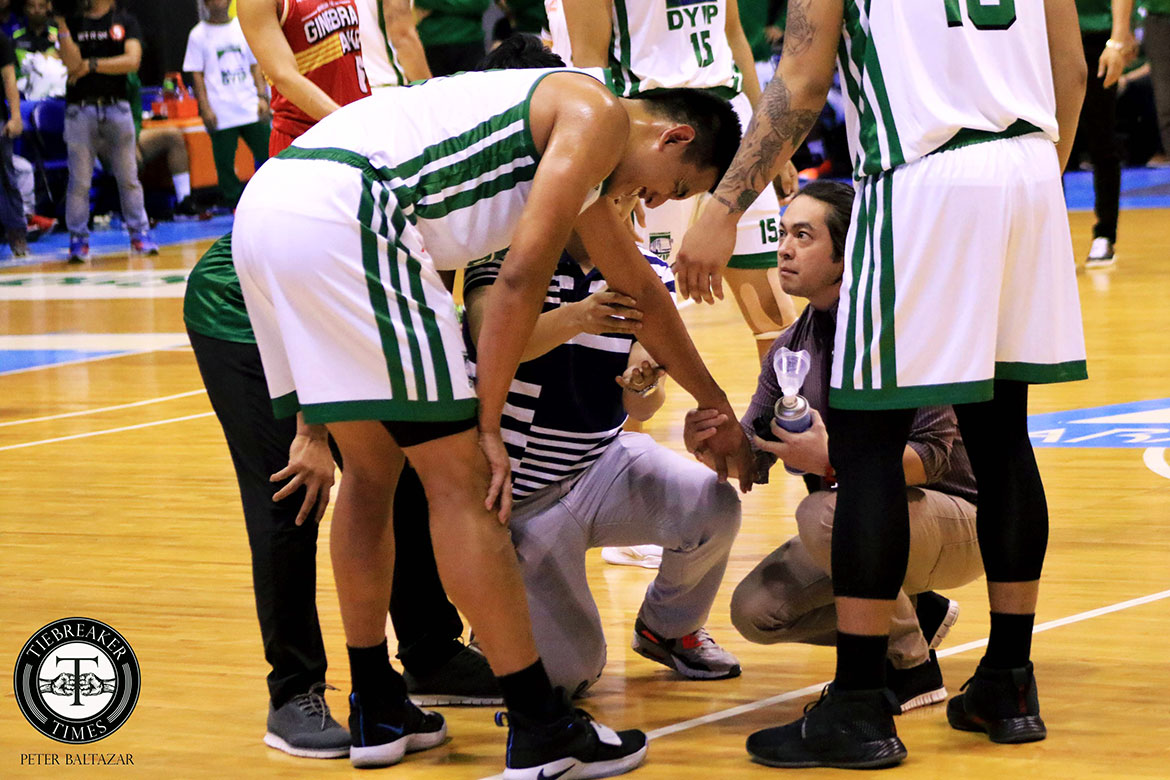 The third-year forward would want to play for a more competitive team though the Dyip has shown upsides in the last two PBA conferences under coach Johnedel Cardel, sources said.

Escoto has yet to reach the playoffs ever since he started his pro career with the young franchise back in 2016.

The best finish the team has had since he joined them is ninth in the 2018 Commissioner’s Cup with a 4-7 card.

But up to now, Columbian has yet to find the best possible deal for the Far Eastern University product, sources said.

With this, it is now up in the air if Escoto will still be with the Dyip in the season-ending 2019 Governors’ Cup.

The 6-foot-6 stretch big man averaged 3.6 points and 2.8 rebounds across 10 games in the 2019 Commissioner’s Cup, where Columbian finished second to the last with a 3-8 record.

Should a trade materialize, the Dyip would have one less man in their frontline that features Jackson Corpuz, Eric Camson, JayR Reyes, Jon Gabriel, Jeepy Faundo, and Andreas Cahilig.