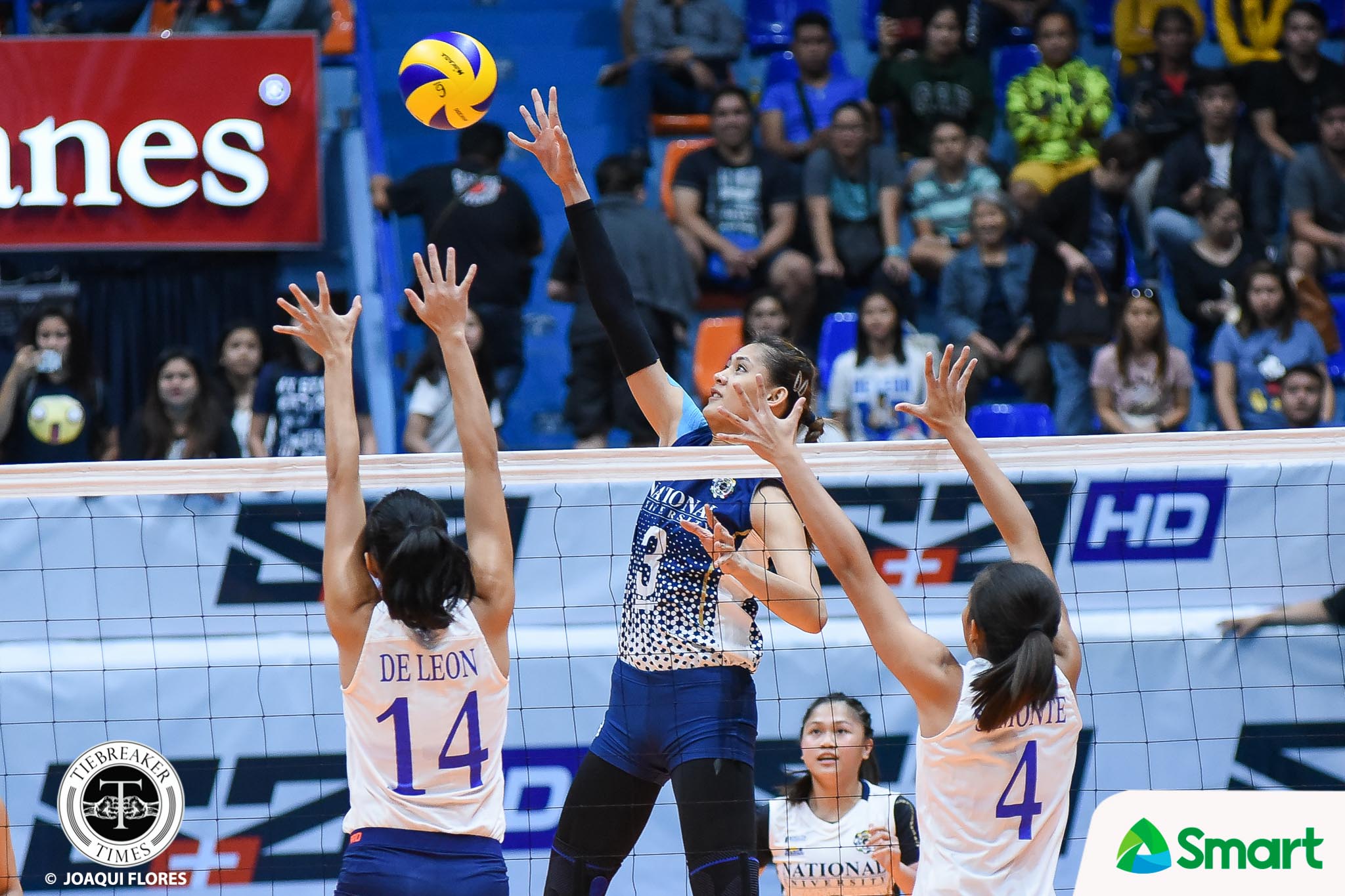 For leading the National University Lady Bulldogs to a thrilling victory over defending champions De La Salle University Lady Spikers, Jaja Santiago has been named the SMART Sports-UAAP Press Corps Player of the Week once more.

Thanks in large part to Santiago’s dominance, National U remain unbeaten in the UAAP Season 80 women’s volleyball tournament with a 4-0 win-loss record.

Santiago edged out Sisi Rondina of the University of Santo Tomas, Bernadeth Pons of the Far Eastern University, Dawn Macandili of La Salle, and Maddie Madayag of the Ateneo de Manila University for the weekly honor given by sportswriters from broadsheets, tabloids, and websites.

This is the second week in a row that Santiago has earned the nod.

For Santiago, it’s all about making the most of her final season with the Lady Bulldogs.

Santiago, together with NU setter Jasmin Nabor, earned high praise from coach Babes Castillo, who lauded the pair’s leadership in the come-from-behind win.

After four games, Santiago has already scored 92 points, tied with UST’s Rondina for most in the league. She is also the most efficient spiker in the UAAP, connecting on 45.7 percent of her hits, and leads the league with 0.89 block per set.

Santiago and the rest of the Lady Bulldogs will have a one-week break before returning to action against UST on February 25 at the FilOil Flying V Centre in San Juan.