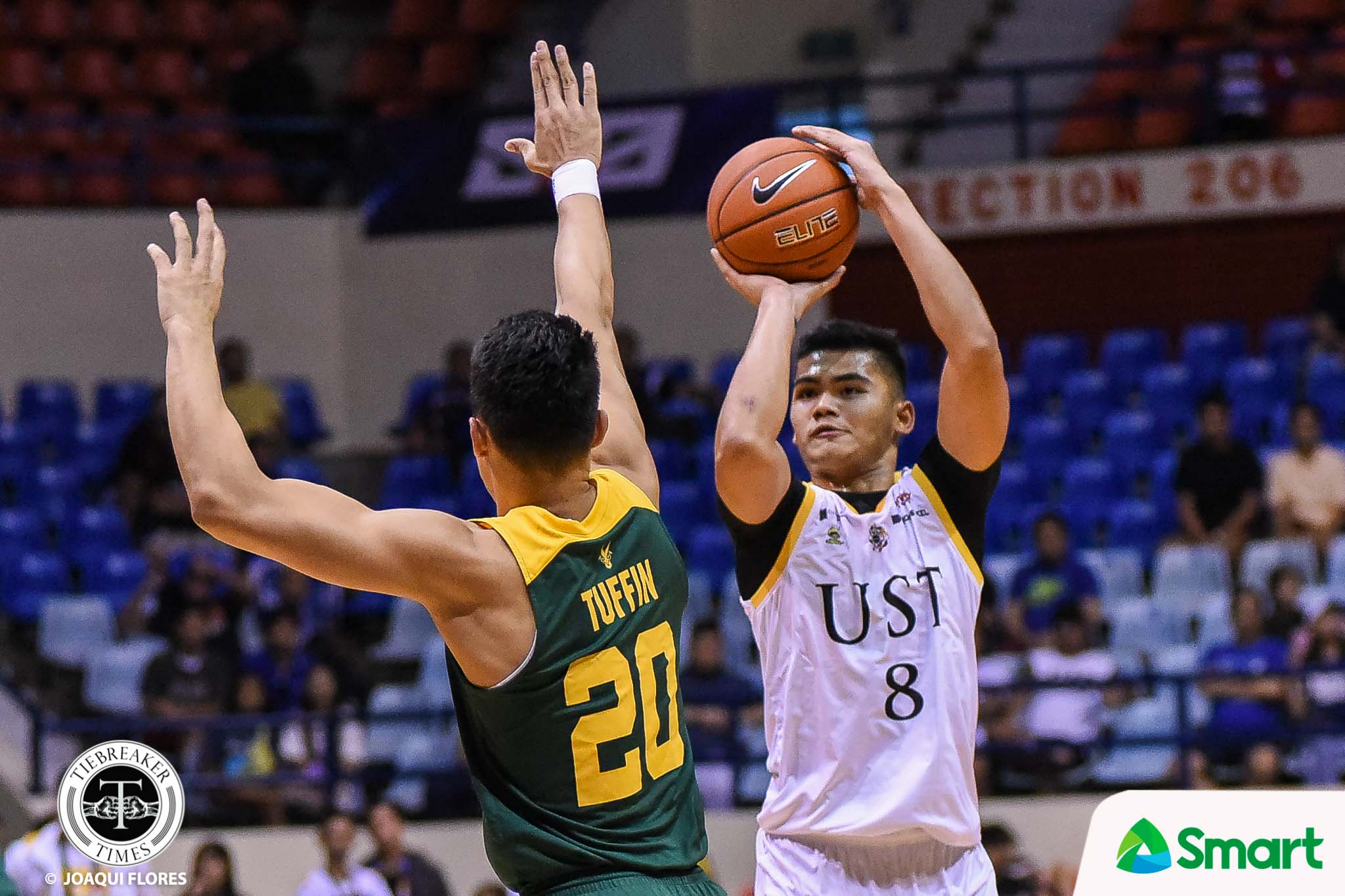 Before their game against the Far Eastern University Tamaraws commenced, the onus was on the University of Santo Tomas Growling Tigers to bounce back after their demoralizing loss at the hands of the Adamson Soaring Falcons.

The Growling Tigers needed to get back on track, as another loss would provoke doubts in the team. A third defeat would also have sent UST down the UAAP Season 82 Men’s Basketball Tournament standings — a big obstacle to their dream of returning to the post-season considering the competitiveness of the league.

Up stepped Sherwin Concepcion, then, to set things right in the world of the Thomasian community.

The 22-year-old sank 12 points — all from beyond the arc — to catapult the Growling Tigers to an 82-74 victory over FEU at the Ynares Center in Antipolo City. His output was more impressive since it came off 50 percent shooting, with three treys in the second half.

This type of performance has been a long time coming the Tarlac native. He has had to wait two years due to academic issues for this breakout game in the UAAP. Now, all he can say is that he is finally fulfilling his life-long ambition.

Six games into the season, each assignment has proven challenging in different ways for the 6-foot-2 swingman, who personally admitted that he needs to improve on his defense to become a better player. Amidst a tighter schedule to give way to the upcoming South East Asian Games, all he wants is for his team to overcome adversity to reach their targets.

All that’s left for UST in the first round is an intriguing match-up against the DLSU Green Archers. While La Salle have had a slow start to their campaign, the former Mapua High School standouts and his teammates know that they cannot underestimate their opponents. 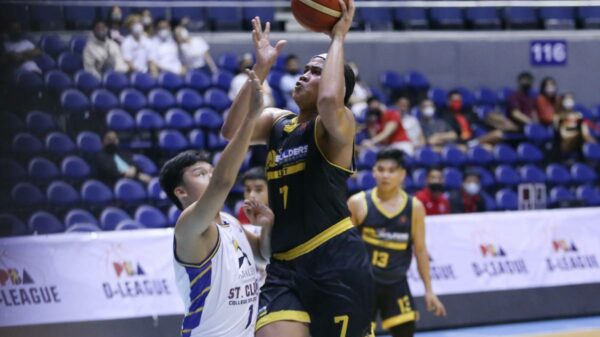